A new video trailer has been shared for interplanetary sci-fi adventuring game No Man's Sky. No Man's Sky NEXT is a free update, scheduled for release on 24th July, which will deliver some important new features to owners of the game, and on the same day No Man's Sky will debut on the Xbox One. 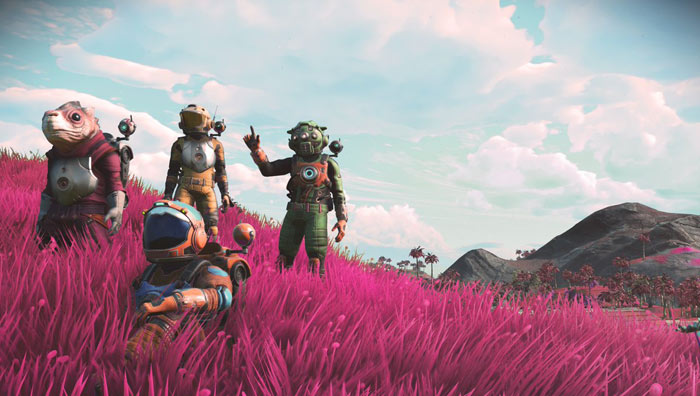 The core appeal of No Man's Sky NEXT is likely to be the new multiplayer mode on offer. Coming to all platforms, the mode allows players to team up with a small group of friends and explore the universe together - or you can simply team up with other / random players online. Working together you can help each other survive, or even prey on others to survive. Hello Games suggests that you might be a pirate or a wingman in epic space battles too. With your team it will be possible to build and share complex colonies on the planets you visit. Multiplayer opens up fun competitions where you can design and create exocraft race tracks and trails to share online.

Other features coming to the significant NEXT update / expansion are; unlimited base building, and the ability to command freighters - or even a fleet of frigates. Friends can help in these building and command activities.

In an email to HEXUS, 505 Games and Hello Games added that there will be an "extensive visual overhaul" delivered with the release of No Man's Sky NEXT. For example you will be soon able to: 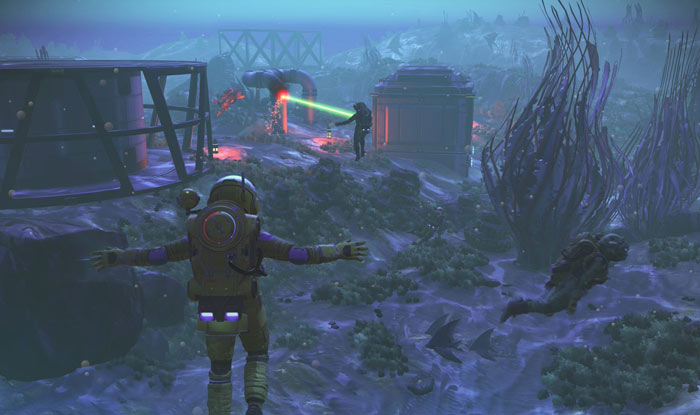 One last note on the Xbox One release date: it will be 24th July in North America and include the NEXT update. Xbox gamers in Europe will have to wait until Friday 27th July for the game's official release.

To be fair other bigger studios(ie ea with battlefront 2) still fail to deliver after longer and with way more resources. The people behind nms is only a team of 16.
Posted by Tabbykatze - Wed 18 Jul 2018 13:02

outwar6010
To be fair other bigger studios(ie ea with battlefront 2) still fail to deliver after longer and with way more resources. The people behind nms is only a team of 16.

True, but if you make a bunch a promises and don't deliver while being underhand the closer it gets to release, then you deserve any backlash you receive. NMS with a team of 16 will get the same backlash as EA with a team of 160. If your name gets big because of all your marketing and crazy cool demos and promises…well, the bigger they are the harder they fall.

I prefer a realistic perspective over fantastical.
Posted by samuraiweasel - Wed 18 Jul 2018 15:26
Does anyone care about this game anymore other than the diehard fans?
Posted by Lord Midas - Thu 19 Jul 2018 07:56

samuraiweasel
Does anyone care about this game anymore other than the diehard fans?

You may be surprised to discover that a lot of people have never played it (even if they have heard of it). Especially those who play on console. I've never played it as I primarily play on Xbox, and use my PC for more leisurely pursuits, like RTS and more obscure indie titles.

Now, with NMS coming out on Xbox and with all the fixes, additions and NEXT, it could be a great time to jump in and experience it in its fullest.

On a similar note, maybe in March 2020 Sea of Thieves will finally be like NMS and be in a state it ought to have been in on release.