Last week, HEXUS reported upon Netflix's hiring of gaming industry stalwart, Mike Verdu, as VP of game development. This was a very clear sign of things to come with a move into video gaming confirmed alongside the release of the firm's latest financials, yesterday evening. In addition to the usual paperwork and documents that are shared in a financial release, Netflix Investor Relations published a video interview with important executives talking about its plans, including gaming, going forward.

The Covid-19 pandemic initially boosted Netflix's popularity as people isolated and WFH but over a year on, one could not expect that trend to continue, and it didn't. AP reports that in the first six months of this year, Netflix added 5.5 million subscribers – its weakest first-half performance since 2013. A year ago, the increase in subscribers recorded over the same period was 26 million.

While you can easily see the pandemic corralled folk as an obvious benefit for entertainment providing services like Netflix, there were some negative impacts. For example, production of new content slowed due to film making staff and actors having to isolate etc. Another negative has just been made apparent – growth looks lumpy now, with the dramatic slowdown in subscriber growth noted above.

Netflix is still the biggest entertainment streaming service, even though we have big name rivals now established from the likes of Walt Disney, HBO, Amazon, and Apple. Steady profits are still being made. It earned $1.35 billion on $47.3 billion income in H1. Those earning are nearly double the reported earnings last year. However, bad news for shareholders is that Netflix posted a conservative outlook for Q3, during which it hopes to add 5.3 million subscribers. 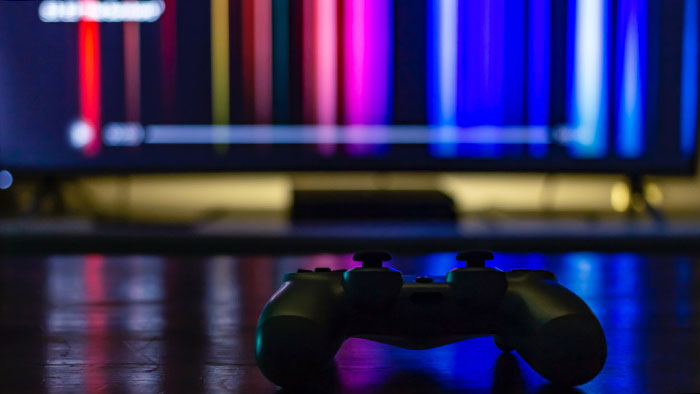 Moving onto the topic of video games, at last, they will be implemented as part of a multi-year expansion, according to the firm. The roll-out of games will begin with mobile games, but console and TV are confirmed to follow. Among the first games you will see available, most if not all will be tied to popular Netflix IP. Netflix management thinks that one day its video games might inspire TV and movie productions, but if it sticks to basing games on its own IPs, I'm not sure how it could reverse the creative flow.

We don't have a timescale for Netflix's confirmed gaming services roll-out, but it is claimed that the games will just be folded into existing subscription levels, not raising prices or requiring paid-for add-ons to your subscription.

So, now we await the first set of Netflix games releases. There is big potential here if things are done right, remember the gaming industry is the richest vein of the entertainment industry now. However, one wonders if Netflix can really use gaming to make a big difference to its subscriber count, or it is just trying to plug holes in the boat as its market saturates and numbers decelerate.

Posted by Spud1 - Wed 21 Jul 2021 10:30
This could be Google's chance to save Stadia from it's current progression towards going EOL.

Partner with Netflix, stop trying to sell people games via a walled garden approach that almost no-one wants, and gain instant reach into millions of households.
It's not likely to happen, but then again Google and Netflix already partner on a lot of things, don't directly compete as much as you may think, and have a lot to offer combined.

Let me own my game, play it as fast as possible and I'm done. I once used Steam to stream a game from my main rig, to a reasonably fast NUC. It… sucked.

excalibur1814
…and they keep on trying. Over and over again.

Let me own my game, play it as fast as possible and I'm done. I once used Steam to stream a game from my main rig, to a reasonably fast NUC. It… sucked.

They really want you to own absolutely nothing. Zero. Nadda.

Given Netflix didn't sell games before, it's hardly taking away from you owning games you buy elsewhere. GOG for eg are still going very strong and I don't think will be negatively impacted by this.
Posted by Lichachron - Thu 29 Jul 2021 21:23
A bold move. Looking forward to see how it will go