A big gaming industry storm has begun due to moves made by Epic Games. Fortnite maker Epic kicked off a sale of sorts yesterday. It began the Fortnite Mega Drop where you could get 20 per cent off your V-Bucks purchases, a considerable saving. However, there was one big snag for mobile app store operators like Apple and Google - to save the 20 per cent mobile gamers would need to select the direct payment to Epic option, thus swerving the "exorbitant 30 per cent fee on all payments," levied by Apple/Google. The currency sale also encompassed platforms such as PlayStation, Xbox, Nintendo, PC and Mac for fairness. 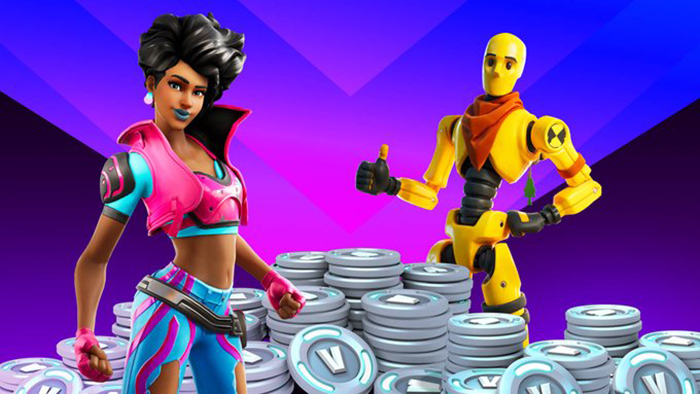 Apple pulled Fortnite from its App Store pretty swiftly once it became aware of what had been implemented. Gaming mag Polygon got a quote from Apple about its reaction, and it is rather predictable. "Epic Games took the unfortunate step of violating the App Store guidelines that are applied equally to every developer and designed to keep the store safe for our users. As a result their Fortnite app has been removed from the store," wrote Apple in a statement. Apple asserted that Epic's change had been done to violate the guidelines and the app update that implemented the direct payments had not been "reviewed or approved by Apple."

A couple of hours after the Apple reaction, Google followed suit by removing Fortnite downloads from its Play Store. Google reminded industry watchers that Fortnite would still be available on Android through multiple app stores but that the change violated its "consistent policies that are fair to developers and keep the store safe for users."

Both Apple and Google ended their statements about the Fortnite ban by saying that they would work closely with Epic to resolve issues and return the popular game to their walled garden mobile stores. 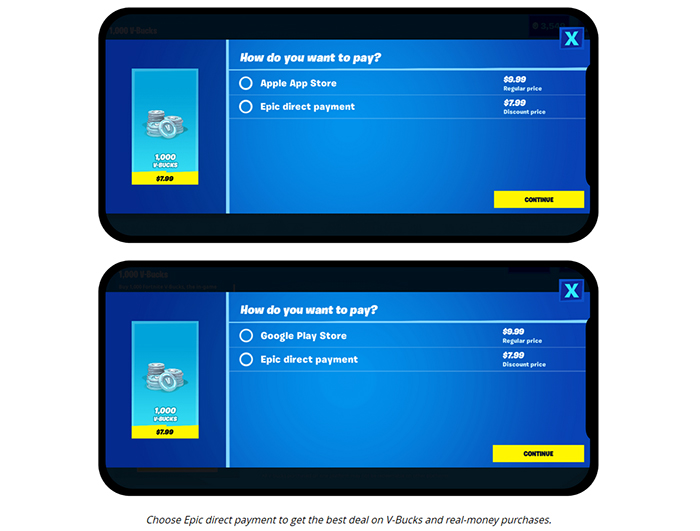 Above you will have read Apple's and Google's reactions and they are pretty similar. But what of Epic? As you might expect, Epic Games and its vocal CEO Tim Sweeney have been banging the 'healthy competition' drum pretty hard. Sweeney took to Twitter to deny that Epic was looking for special treatment (like Amazon has) but wants policy changes to benefit all developers.

Epic has thus decided to pursue lawsuits against Apple and Google for anticompetitive business practices. The Fortnite maker isn't looking for monetary compensation in this suit, rather a ruling to put an end to the monopolistic practices of Apple and "fake open system" of Android.

Of course there is a lot of gains/losses to be made by developers and app store owners with a view to the result. In Epic's case, market metrics firm Sensor Tower observes that in July there were 2m downloads of Fortnite and it brought in $34m revenue (via Apple's App store alone). 30 per cent of that monthly figure is a significant sum.

3dcandy
And so it begins….

I expect a HUGE fight over Apple's restrictive practices about apps and payments.

You get the beer, I'll make the popcorn. This should be interesting. :)


Seriously though, I'm a bit divided on this one. I mean, yeah, most ‘platforms’ take an unhealthily large cut off the back of someone else's hard work. But then, without the platform existing, there probably wouldn't be, in this example, a Fortnite in the first place.

It's a bit like releasing a book via Amazon, especially “Unlimited”. The authors get a very small payment, mainly because books done that way usually don't sell in serious volumes. But without the Unlimited platform existing, it's unlikely the books would sell at all, because getting published the conventional way requires significant investment and most ‘want-to-be’ authors get piles of rejection letters and that, very frequently, is that.

It's a cart and horse thing. Without the digital platform, most of the products on them wouldn't have made it out the door in the first place.
Posted by LSG501 - Fri 14 Aug 2020 11:20
They're going after google for the same thing AND supposedly ‘blocking’ with a business deal with oneplus to have it pre-installed etc.

Epic wants to keep pricing, and costs, consistent across all platforms and the only way they can really do this is to be able to use their own payment merchant, apple (and I think google, at least via the store) force usage of their payment system which in turn takes 30%.

I've always found it a bit ‘off’ that companies such as apple should be able to get 30% ‘just because’ it's being accessed essentially via their hardware with their ‘forced’ usage of in house payment tools. Now I don't think epic would be complaining (as much) if it was a ‘fair’ amount similar to what they charge on the epic store (13% iirc) but when you make 1.5BILLION from fortnite per year you're going to be fighting to get the prices lower where you feel they're excessive.

Now I know that mobile isn't the only place the income comes from but even if it's just 25%, and that's a reasonable assumption imo, you're looking at around 112 MILLION in fees… I'm pretty sure most companies would be after reducing that, it's not like Apple (and I assume google) haven't played dirty/sued to get prices lower.
Posted by ilh - Fri 14 Aug 2020 11:21
Epic are already earning billions from this garbage game, I'm surprised it took them this long to try make more in this way.
Posted by Friesiansam - Fri 14 Aug 2020 13:56
Epic knew the Ts&Cs before they signed-up to sell Fartnite on the App and Play stores, then they openly break them. Rather like breaking the speed limit, then sueing the police for catching you.