Valve has published a retrospective for 2019, with various lists showing the best performing games overall, and broken down into several categories. The Top Sellers of 2019 include a number of free-to-play titles, which may seem odd at first. However, look at the small print and you will see this list actually ranks games by gross revenue generated during the year. 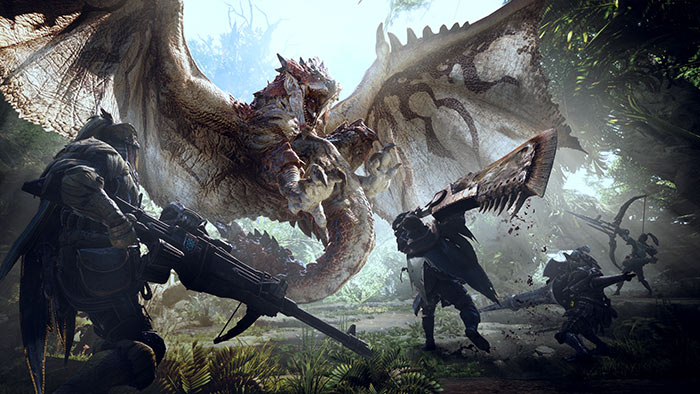 Valve adds up game sales, in-game transactions and DLC associated with the game to compile this all-encompassing chart of success and it features the following games as Platinum winners: 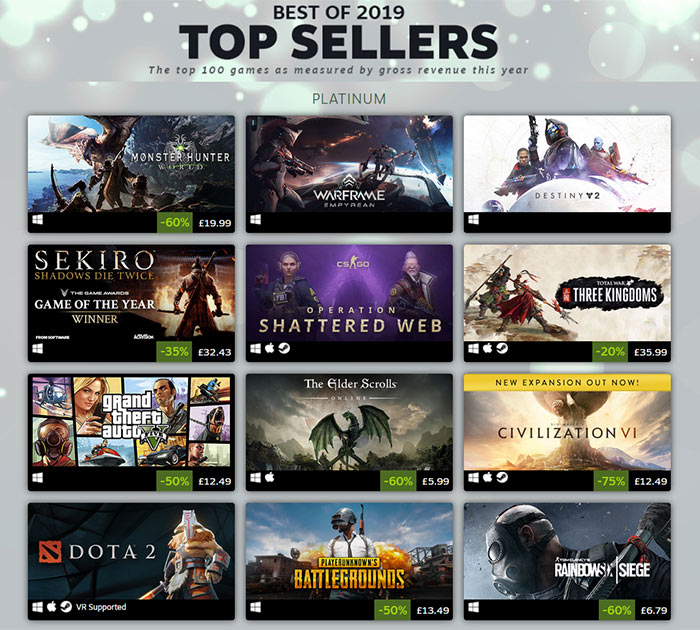 Other categories of chart compiled by the Steam crew include; top new releases, top selling VR games, top early access graduates, and the most played games. The latter category includes many overlaps with the top sellers charted above, which isn't surprising.

As the Steam Winter Sale is currently on quite a number of these top ranking and charting games are discounted.

GfK exits, to be replaced by GSD including digital

For a number of years GfK has been the official games charts supplier in the UK. As we end the decade, GfK tracked boxed sales from the likes of Amazon, Game and Argos. However, it didn't tally sales from digital sellers like Xbox Live, Steam and PSN.

In 2020 new charts will be produced by an outfit called GSD, launched as part of a project by the European trade body ISFE. According to a GamesIndustryBiz report, the GSD charts will address the major criticism of GfK which only tracked physical sales. However GSK isn't all encompassing, as it won't include data from the likes of Bethesda and Nintendo, at least to start.

From next week the GSD chart will be the 'official' UK chart, supplied by UK trade body UKIE. For transparency UKIE will still be releasing separate physical and digital charts.

Below you will find the final GfK produced top ten chart, dated 27th Dec 2019. As we come to the end of the year, physical games sales are down 20 per cent on the same time last year.

I finally gave in and bought the game, after being entertained by a number of multiplayer Twitch streams that were going on at the time.