Last summer, HEXUS reported upon the World Health Organisation (WHO) including 'gaming disorder' in its newly published International Statistical Classification of Diseases (ICD) handbook. Thus medical professionals could consider this definition and observed symptoms to help treat those with the condition. Conditions such as gambling disorder, substance abuse, and addictive hoarding were in the same section of the ICD.

Particular signs of gaming disorder going by the WHO definition and description were as follows:

Even if you feel a little concerned about your own gaming habits, or someone you know, after checking over the above three points, the prevalence of gaming disorder is said to be very low. However, if you have sufficient concern and think someone you know has this disorder or even verges on hazardous gaming behaviour, there is now a new centre for those affected living in the UK.

In response to the WHO classification the NHS has launched the UK's first specialist clinic called the 'Centre for Internet and Gaming Disorders'. It is part of the National Centre for Behavioural Addictions, which also supports those who are addicted to the internet. 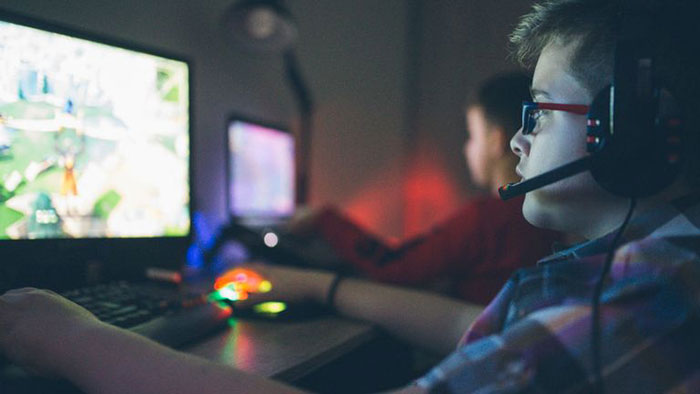 Fiona Smith, professional lead for Children and Young People at the Royal college of Nursing (RCN) says that "As technology becomes more accessible and more advanced, it’s unsurprising that more and more young people are potentially being negatively affected by excessive screen time to the point where it effects their daily lives. The damage of addiction of any kind goes beyond the child or young person, causing distress to parents, families and friends." Smith went on to assert that gaming firms should "take more responsibility by keeping their platforms safe, and introduce safeguards to reduce the burden on the health service." She highlighted the fact that there are 40,000+ nursing vacancies in the UK and thus it will be tricky to staff the new centre which launches at the same time as the children and young person’s gambling addiction service goes live.

As health needs change, so does the NHS, said chief executive Simon Stevens. Like Smith above, Stevens thinks that "gambling and internet firms have a responsibility to their users as well as their shareholders". Meanwhile, it seems to be hinted that laws banning children from online gaming for certain periods / hours could be one part of the solution, going forward.

Gentle Viking;1338941
Shouldent they also open 1000 phone addition clinics ?
I mean sure gaming can be addicting, but come on compared to all the phone zombies gaming is nothing.

Almost ran one over today. A Woman pushing a double buggy (I jest not) very intent on looking at her mobile, just walks straight out in front of me. Luckily I stop in time but what do I get… a mouthful of abuse and the finger!!
Posted by Hoonigan - Tue 08 Oct 2019 22:22

mikeo
A mouthful of abuse and the finger!!

Sounds about right, there's nothing worse than someone getting a fright due to something that they did wrong. Immediate attack mode activate.
Posted by Gentle Viking - Wed 09 Oct 2019 01:09

I had the same happen to me with a young couple pushing a pram a few years ago, they nonchalantly walked out in front of me clearly expecting me to slow down / stop as they got there first.
And i did stop but did so late to teach them a lesson.
CUZ in the place there use to be a crosswalk in which case i must yield to any pedestrians wishing to cross, BUT ! that crosswalk was removed like 10 years ago, and there are no zeebra markings on the ground or signs.
And it is clearly a idiot place to put a crosswalk across 2 x 2 lanes on a major road in town that have its own problems just with the traffic on the road.

So the 2 idiots ended up in one of my dashcam compilations of idiot Danes in traffic.
Posted by FRISH - Wed 09 Oct 2019 03:59
We totally need laws in place instead of actually taking responsibility for parenting.