MSI has written to HEXUS with details of its new Force GC20 and Force GC30 games controllers. These controllers can be used on multiple platforms, including Windows, and will become available from Q4 this year. The only difference between the controllers is that the MSI Force GC30 supports both wired and wireless operation, the GC20 is wired only.

At the time of writing MSI's respective product pages aren't live, so I can't provide links, or full tech specs right now. Actually, MSI doesn't even have a game controller section in its website product categories; the gear sub-section is limited to keyboards, mice, headsets and mousepads.

The all-new controllers are part of the MSI Force range. MSI says they are suitable for Windows, Android and "popular gaming consoles". These controllers looks rather a lot like the standard Xbox One controller in form and layout, the front face array or buttons, joysticks and pads are positioned very similarly to Microsoft's design. 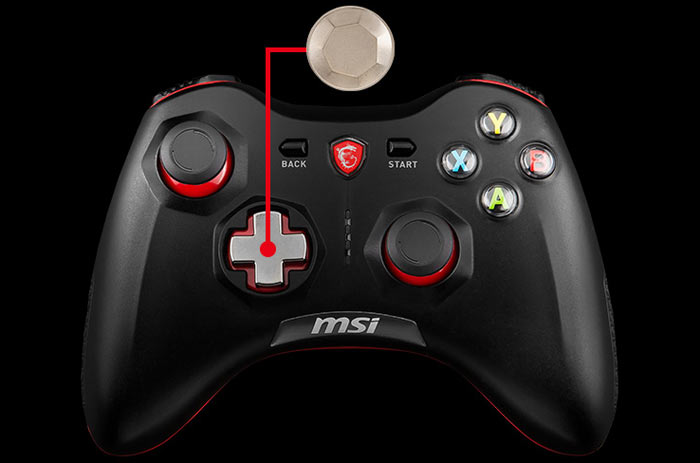 In other details, MSI says its controllers feature rubber side grips on both handles to ensure a solid grip for long-term play, are equipped with dual vibration motors for haptic feedback, and feature replaceable metal covers for the 8-way D-pad (see above).

In the pictures you can see MSI provides a standard metallic D-Pad which can be crowned with a "premium magnetic design," top cover. Depending on the type of game, such as ACT, FPS or RPG, you can easily switch to your preferred cover, says the hardware maker. 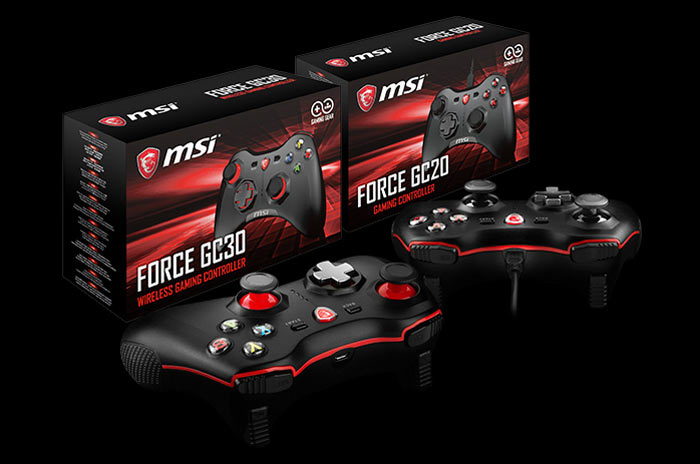 When MSI gets its act together, the respective product pages will be live at the following links: MSI Force GC20 and MSI Force GC30. A Microsoft branded wireless Xbox One controller costs about GBP £40 and I would expect MSI's wireless controller to be similarly priced, with the wired-only version tagged with a somewhat lower RRP.