Nyko has shown two new “standard” games controllers designed for Android gaming on Honeycomb (and newer) tablets with Bluetooth. The pair of new gamepads are the PlayPad and PlayPad Pro, they have the same buttons and controls as standard on Xbox and PlayStation platforms. The PlayPad is a compact unit that comes with a case and tablet stand whereas the Pro version is approximately the same size as a standard console gamepad.

These new controllers aren’t just Nyko’s idea, they are the result of a collaboration between Nyko, Google and NVIDIA to make a standard controller input to play games to their fullest potential on Android devices. Touch screen for playing games isn’t always the bee’s knees. The PlayPad software, ‘Playground’, can configure buttons on the pad to mimic touch controls which will be good for games that aren’t pad configurable. Nyko’s head of marketing said of the new controllers; “With the tablet evolving into a dedicated gaming platform, it becomes our duty to supply the gamer embracing these devices with the controls and functionality they are accustomed to.”

NVIDIA is pushing the gaming capabilities of the Tegra 3 quad-core processor equipped Android devices. The company showed five new games “harnessing the power of Tegra 3, the world’s only 4-PLUS-1 quad core mobile processor”. The games look fantastic with lush graphics, and hopefully they have fun and immersive game play to match, with or without a PlayPad controller. 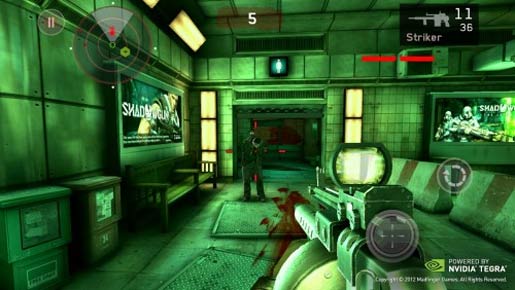 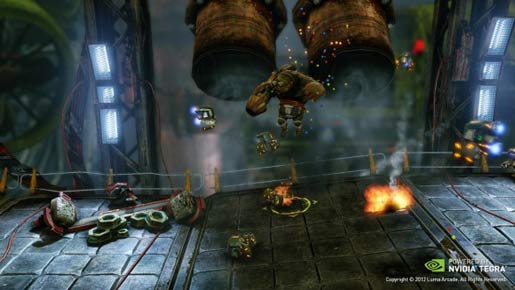 A rival configuration to appeal to potential Android gamers is the Wikipad “the world's first gaming tablet”. The Wikipad makers have just announced they are going to be using the NVIDIA Tegra 3 SoC in their hardware but the controller looks completely different to Nyko’s efforts as it fits around the screen as a kind of three-quarter frame with pad controls fitted left and right.

Epic Games protest crumbles, decides paying Google 30 per cent cut is worth it.

Facebook accelerated the rollout of this stream-based app due to the Covid-19 health crisis.

Posted by YenRug - Thu 07 Jun 2012 12:56
Well, the Wikipad ends up being more or less pointless as it seems to be specific to the one model of tablet, meaning you need to have enough sales of that tablet to justify the existence of the controller. The Nyko ones, however, should be good for phones, too, as long as they have ICS.
Posted by Cyberburnout - Mon 11 Jun 2012 04:48
Umm am i missing something? Wouldn't this make it like a console game? So why not play on the console? You would need to carry some kind of stand, power adapter and this controller. Not really tha mobile any more.
Posted by davesom555 - Mon 11 Jun 2012 17:21
Gives you the option of plugging in a hdmi cable and playing it like a real console game on a big screen. But yeh, doesn't make it very mobile.