Handheld device specialist GPD has revealed that it is working on an Android-powered modular handheld aimed at gamers. The Hong-Kong based firm is probably best known for its handheld mini Windows PC devices, many created with gaming in mind, so this new GPD-XP is an interesting little departure.

Before we go on, it is worth mentioning that this Android device won't double up for any telecoms duties. Even though it can be equipped with a SIM card for 4G networking, there is no earpiece speaker, no mic, and no support for calls, SMS, or VoIP. Post-release someone might do something about this, highlight a workaround or hack, but it isn't an intended purpose of the device. 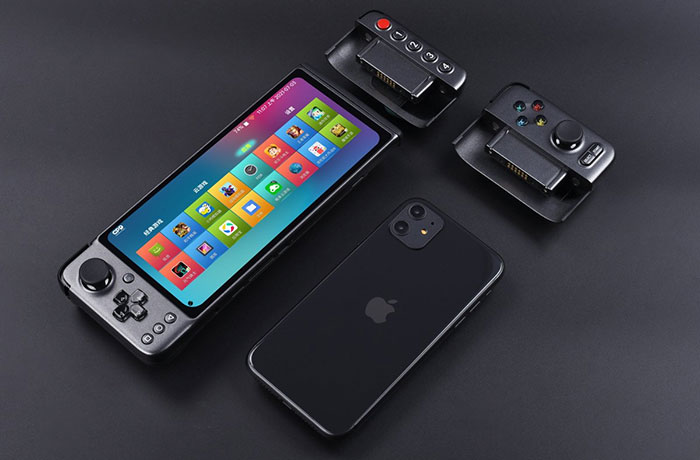 Immediately visible, one sees this device is presented in a slab format, with the left edge, held in landscape mode, featuring enough controls for many casual/retro gaming activities. The modular expansions install on the other side but, if you don't have any expansion, the connector area can be covered with a simple rounded cap. 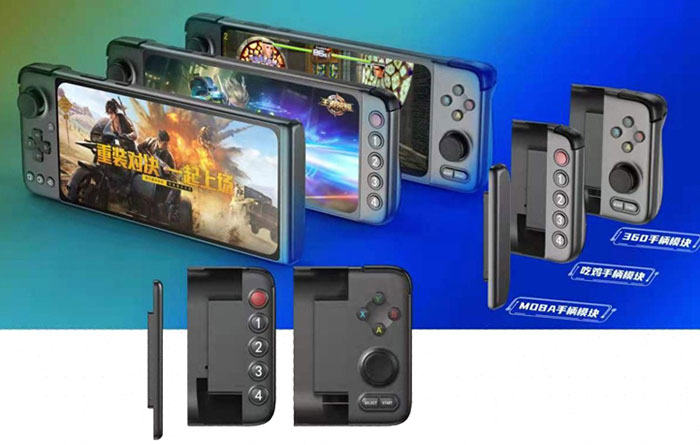 Dinky tech loving Liliputing found more images, videos, and specs via other channels like Discord. Probably one of the more important things it unearthed is the expected tech specs bullet points, which I have reproduced below:

At this stage of development we see some of the proposed modular extensions; one is like a mirrored set of controls from the left side, another features an action button and a series of numbered buttons, but that is all, so far – not very inspiring. 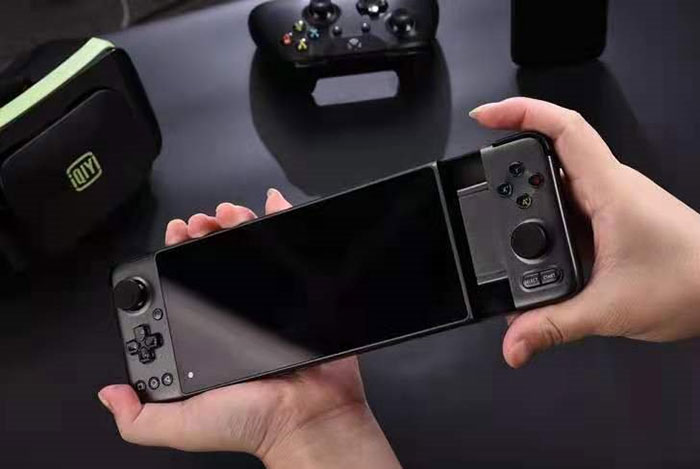 It is interesting that Liliputing comments on the hole punch display being an unwanted result of the smartphone market we have right now. I guess that GPD had no economic alternative.

Valve's Steam Deck has made some of the alternatives from the likes of GPD and Aya Neo look rather outlandishly priced, so perhaps this move into Android was precipitated by that industry shifting device. The source report reckons the GPD-XP is going to be 'affordable' and it is 'coming soon' so we should find out in the near future.

LSG501
Nice idea, although not the best solution and I suspect it will be quite expensive.

I'd have preferred a solution that enabled both ends to be detached (and no hole punch camera).

Darkedge
what like a phone with an Gamesir X2 or Razer Kishi? https://www.razer.com/gb-en/mobile-controllers/razer-kishi/RZ06-02900200-R3M1

Yeah that sort of idea but executed slightly better if you get me. The GDP-XP having one fixed connector just seems a little daft, especially if you want to use it as a phone.
Posted by Spud1 - Fri 13 Aug 2021 16:25
I do like all this kind of stuff as its interesting..

Whats the target market though? There are SO many devices trying to emulate the success of the switch, or “improve” mobile gaming - but they all (including Valve) fail to realise that the hardware is not what made the switch a success - it's the developer support & ecosystem with games made for and optimised for that particular hardware.

Most android games are designed for touch, and can optionally work with a controller. Just like most PC games are design for a PC, not for a portable underpowered machine with awkward controls.

Fun, yes, but mass market? No I don't really believe it. Could function nicely as a machine for xCloud though if priced accordingly.