Microsoft has released an updated xCloud app for its Surface Duo (which runs Android). Microsoft's Chief Product Officer, Panos Panay, shared the news, explaining that "working with @Xbox we've put touch controls on to the second screen." If you have an Xbox Game Pass Ultimate subscription and a Surface Duo you might be intrigued to learn that Microsoft has added Xbox Touch Controls to 66 of the 257 cloud-enabled games in recent months. 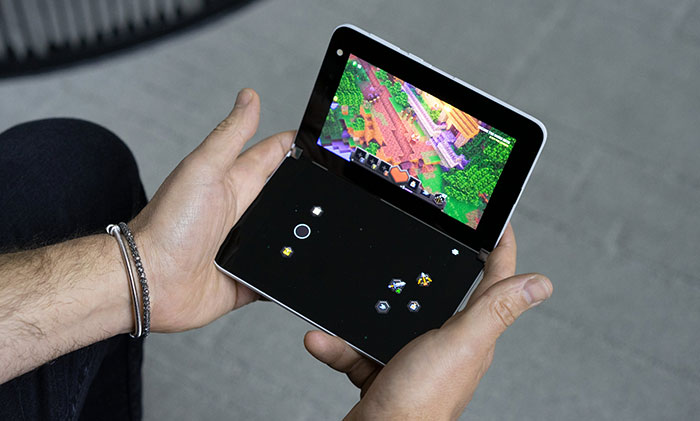 At the Surface Duo unveiling nearly two years ago Microsoft first teased this Xbox gaming functionality making the most of the dual-screen form factor. The updated xCloud app now enables this fun mode, with the upper screen used for Xbox game display and the lower area with a virtual gamepad featuring staples such as 'analogue' and digital directional pads, as well as a plentiful array of buttons. At first glance, the arrangement makes the Surface Duo look like some kind of remixed Nintendo 3DS. The game touch controls vary per game, as you can see below. 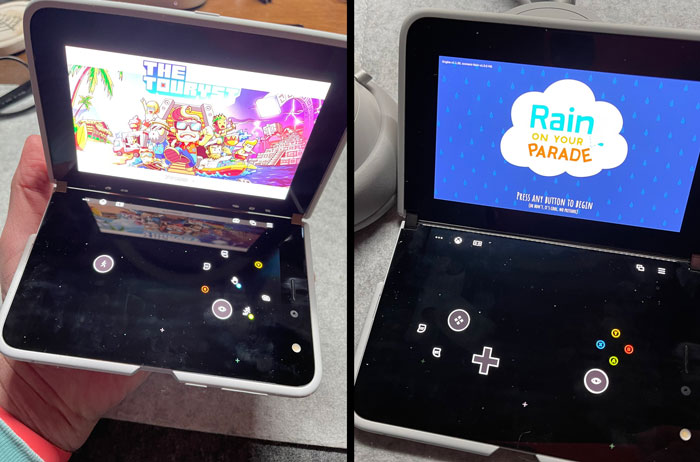 Another app tweak just for the Surface Duo, means that the Xbox Cloud Gaming content uses the second screen for moving through and selecting content via columned layouts.

If you play xCloud app games on other Android mobiles the controls usually fit in an overlay which obscures some of the in-game display (as will your fingers and thumbs when gaming), so this should be a much better mobile experience. Other foldables with one large foldable screen, like the Samsung Galaxy Fold or Huawei MateX2 devices, don't have the optimisations in place to shift the controls to a separate area of screen – but this is a possibility for the future.

Another possibility, and perhaps the best control choice for xCloud app users, is to use a Bluetooth or even an Xbox controller with your mobile. That relies on you wishing to carry a bulky grip-friendly device around for gaming, especially when you are out and about.

Posted by 3dcandy - Tue 25 May 2021 11:48
Never too late to the party! ;)
Posted by lumireleon - Tue 25 May 2021 12:58
Yawn. Simply approach Jensen, get the shield documents and make a true portable gaming console.
Posted by philehidiot - Tue 25 May 2021 17:07
I'm sorry but I can't see the utility of something like this for gaming. There's no indexing points that I can see. It's the same issue I have with phones with onscreen keyboards (which is why the first one became embedded in a wall). In order to use something like this for a control pad, you need to be able to use it without looking. When there's no way of knowing where your hands are in relation to the correct button there will be errors in proprioception which are a total nightmare for gaming… or anything really.

They tried this with our machines at work. Buttons normally found with reference to where you were on the console by their size, position and feel were replaced with context sensitive touchscreens. It was like wading through treacle as you had to take your eye off the thing you've just perfectly positioned so it's pointing through a wonky hole about 30cm from your hand (measuring about 0.4cmsq) in order to find the button to press.

Suffice to say, that manufacturer went back to physical buttons in the next generation.