Last month HEXUS reported that Microsoft's Project xCloud technology would be coming to the Xbox Game Pass. Furthermore the cloud gaming service would be folded into Xbox Game Pass Ultimate at no extra cost - allowing subscribers to be much more mobile in their gaming pursuits. A new Xbox Wire blog post has now named the date for the service coming on line, regions where it will first become available, and some details of the 100+ titles supported. Additionally, Microsoft has blogged about a host of new Designed for Xbox mobile gaming accessories meant for maximum enjoyment of cloud gaming on your Android phone or tablet. 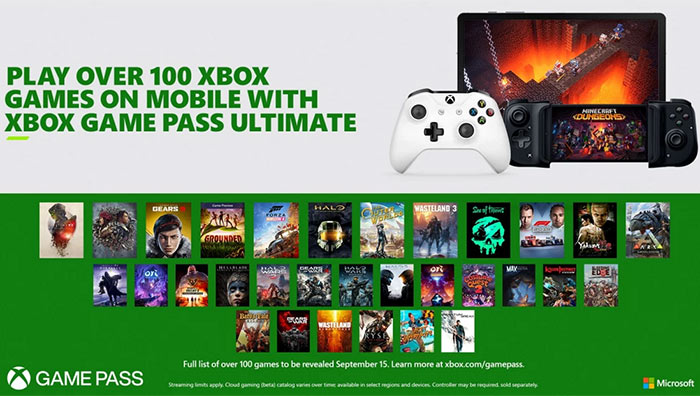 "Cloud gaming as part of Xbox Game Pass is the next major step in our ongoing vision to put you at the centre of the experience, to give you more value from your games and membership, and to remove the barriers from play," wrote Project xCloud CVP Kareem Choudhry on the Xbox Wire. "Last month we laid out our commitment to you and announced cloud gaming, powered by Project xCloud, will be part of Xbox Game Pass Ultimate at no additional cost." 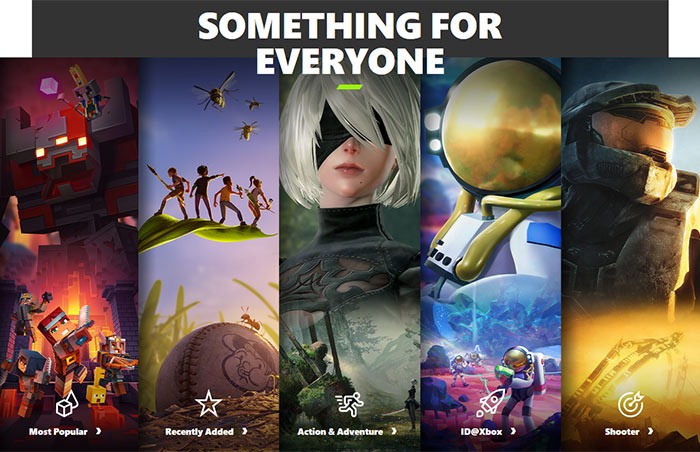 The cloud service will launch on 15th Sept (beta) and there will be over 100 games available for Android phone or tablet gamers to play. Furthermore, Microsoft promises day-one access to new titles from Xbox Game Studios as part of Xbox Game Pass. Importantly for those snug as a bug within the Xbox ecosystem, "all the experiences you expect on Xbox and your gaming profile travel with you on mobile, including your friends list, achievements, controller settings, and saved game progress," says Microsoft. The initial launch will be in 22 markets including; Austria, Belgium, Canada, Czech Republic, Denmark, Finland, France, Germany, Hungary, Ireland, Italy, Netherlands, Norway, Poland, Portugal, Slovakia, Spain, South Korea, Sweden, Switzerland, the United Kingdom, and the United States.

Microsoft says you can enjoy on the go cloud gaming on your Android device using either the Xbox One Bluetooth Wireless or PlayStation DualShock 4 controllers. Alternatively it has worked with partners such as 8BitDo, Nacon, PowerA, and Razer to ready a host of new phone clips, travel controllers, and exclusive Xbox-branded controllers that split apart. 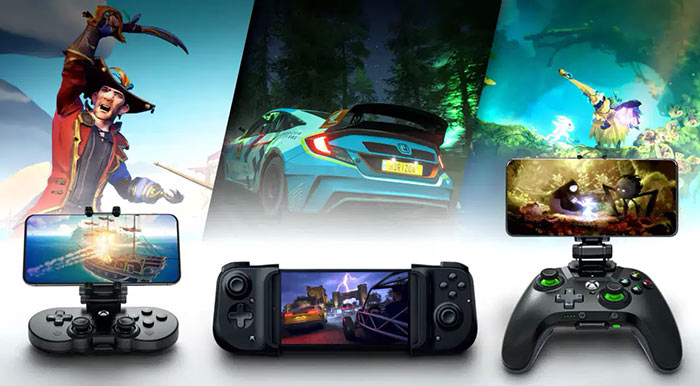 Later today, at the Samsung Galaxy Unpacked event, look out for some Xbox gaming services tie-ins with the latest and greatest devices from Samsung.

Posted by cheesemp - Wed 05 Aug 2020 16:17
Another nice freebee from Game Pass. Microsoft are really making it great value. I've barely spent a penny on games since Ultimate started. Be tempted to get a controller clip to try this even if my phone is basic and the internet connection mediocre!
Posted by QuorTek - Wed 05 Aug 2020 16:44
Thing is it is on Android… what does Apple offer in return.. it is clearly the fight for the customers as well.
Posted by big_hairy_rob - Wed 05 Aug 2020 19:51

cheesemp
Another nice freebee from Game Pass. Microsoft are really making it great value. I've barely spent a penny on games since Ultimate started. Be tempted to get a controller clip to try this even if my phone is basic and the internet connection mediocre!

I don't get it. It's not a freebee, or good value if you're paying £10.99 a month and cannot access any of them when not subscribed… Especially when considering buying extra hardware…
Posted by cheesemp - Thu 06 Aug 2020 08:49

big_hairy_rob
I don't get it. It's not a freebee, or good value if you're paying £10.99 a month and cannot access any of them when not subscribed… Especially when considering buying extra hardware…

It is if you are already subscribed and getting good value from the service. (I paid a lot less than £10.99 to access the service - its very easy to do so with all the deals to upgrade gold etc.) I've then accessed at least 2+ games a month I'd have happily paid £10 each for. Ultimately its the same argument of streaming music/video versus purchasing a CD/DVD. if you want to own something it's not value but having realised I rarely replay a game once I've completed it or abandoned it (usually after 10 minutes) this is saving me significant money. Its also means I am playing games a lot earlier as I no longer need to wait for them to hit my £10 or less value threshold I normally wait for. For the odd title I do want to revisit I buy them (Kingdom come deliverance being the only on so far)
Posted by cheesemp - Thu 06 Aug 2020 09:04
Double post somehow…