At a keynote in London this evening, Razer unveiled its highly-anticipated new smartphone. Dubbed simply the Razer Phone, there was a lot of talk about its “groundbreaking audiovisual technologies and processing muscle” that would enable mobile gamers to ‘Watch, Listen, Play’ like never before. However, it’s not all about the hardware, Razer has partnered with “the world’s top gaming companies, including Tencent and Square Enix,” to optimise titles for framerates up to 120Hz, as supported by the new smartphone. 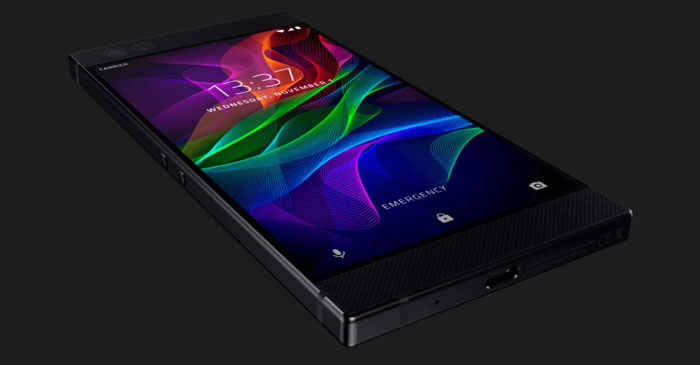 “We have wanted to make a phone with gaming-level tech for years, and the Razer Phone delivers in every way we imagined,” summed up Razer co-founder and CEO Min-Liang Tan. Mr Tan admitted he plays “a ton of games,” on smartphones and that they are his go-to device for streaming content.

Razer puts a lot of emphasis on the screen of the new device. The Razer Phone has a 5.72-inch Quad-HD Sharp IGZO LCD, claimed to be “the world’s first 120Hz UltraMotion display”. That Ultramotion tech includes adaptive refresh rate – syncing the GPU and display to reduce the likelihood of image tearing or lag while driving efficient power usage. The display is also said to offer a wide colour gamut but that isn’t quantified by Razer in its spec list. Last but not least, Gorilla Glass 3 is employed to help keep the display scratch-free. 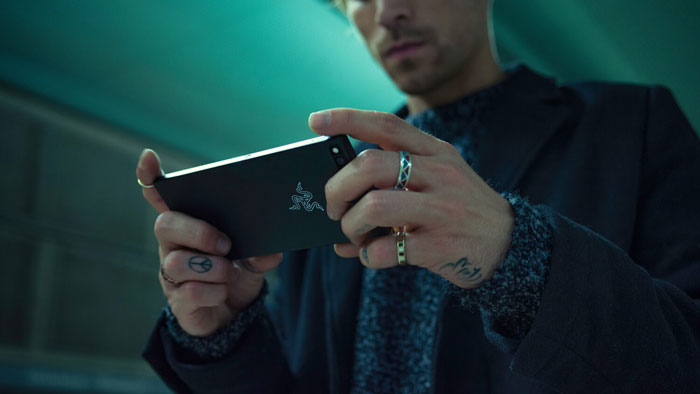 Great audio is said to support the visuals, too. Razer has equipped the phone with twin front-facing speakers, with dual dedicated amplifiers and Dolby Atmos technology. If you listened through headphones you should expect “audiophile-quality sound,” due to the THX-certified USB-C audio adapter with a 24-bit digital audio convertor (DAC). 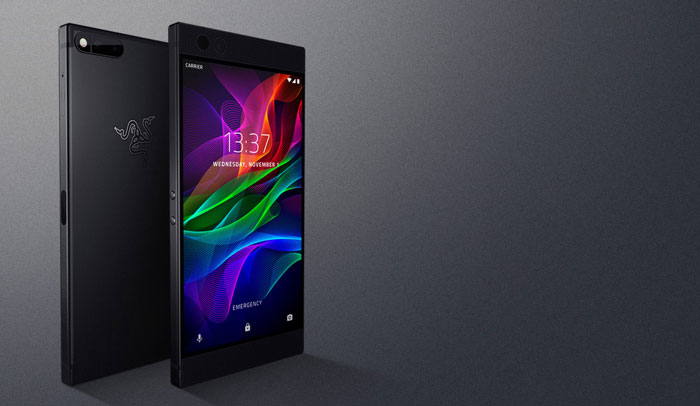 The Razer Phone is available for pre-order now and will go on sale from 17th Nov in its launch countries. RRP is US$699.99 / €749.99 / £699.99. Here in the UK, and in Ireland, Denmark and Sweden, 3 Mobile is the exclusive launch carrier. Meanwhile in Three stores in the United Kingdom, Ireland, Denmark, Sweden, at Razer Store in San Francisco, and online in the USA and Canada via Razerzone.com there will be a limited edition (1,337) iconic green triple-headed snake logo-emblazoned Razer Phones up for sale.

Not even a gamepad like the Motorola Z has
https://www.cnet.com/products/moto-gamepad/preview/
Posted by Tabbykatze - Thu 02 Nov 2017 09:21

Kato-2
A nice phone but those extras tacked on are pretty much a waste on mobile games.

Not even a gamepad like the Motorola Z has
https://www.cnet.com/products/moto-gamepad/preview/

Give it time, its literally only just been released. I would expect a Switch/Motoz-like game pad to be available soon.
Posted by 3dcandy - Thu 02 Nov 2017 09:32
no ois? seems a bizarre oversight
Posted by Jonj1611 - Thu 02 Nov 2017 09:41
At least the logo isn't garish as it may have been in the original report a couple of weeks ago.
Posted by Yoyoyo69 - Thu 02 Nov 2017 10:45
Whilst ut would have seemed expensive a little while back, recent pricing makes this look very compelling (dependant on both problem free hardware and software support - for obvious reasons Razor are unproven here)

I personally feel 120hz is over kill on mobile gaming. I also worry 8GB of ram will kill the battery before it's finished booting, perhaps the lower power cou mitigates this to a degree