Asus has been teasing the ROG Phone II for a number of weeks and has at last gone official with this powerful gaming phone sequel. Just over a year ago it launched the original ROG Phone which instantly became the fastest gaming phone available. Stand out features of the Rog Phone were an overclocked speed-binned SD845 with Adreno 630 graphics, a 90Hz OLED screen, 'Air Triggers', a gaming vice controller with WiGig Dock, a plentiful 8GB LPDDR4X RAM and an advanced cooling system, plus an optional snap-on active fan cooler. Now the new ROG Phone II has arrived with upgrades a plenty. 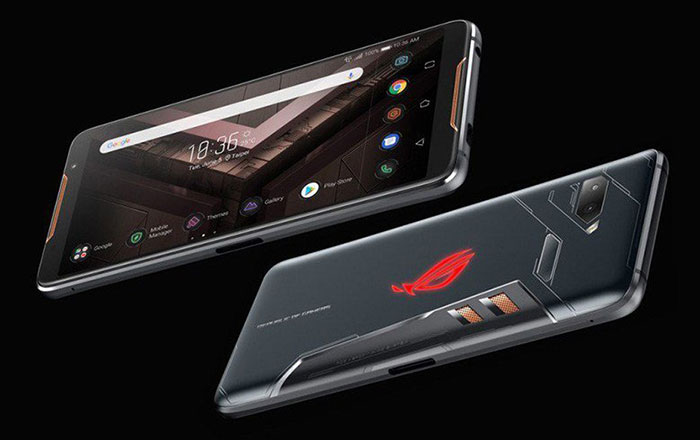 One of the most important aspects of a phone design is the choice of screen. In the new ROG Phone II, Asus has chosen to equip a 6.6-inch FHD+ (2340×1080) 120Hz/1ms AMOLED panel. This Gorilla Glass 6 coated display offers 108 per cent DCI-P3, 10000:1 contrast, Gorilla Glass 6, dE<1, 10-bit HDR and SDR2HDR upsampling. Gamers may be also attracted by its 240Hz touch sampling rate, which gives this device ultra-low touch latency (49ms touch latency, compared to 87ms on the Samsung Galaxy S10+). Last but not least there is a fingerprint scanner under the display. 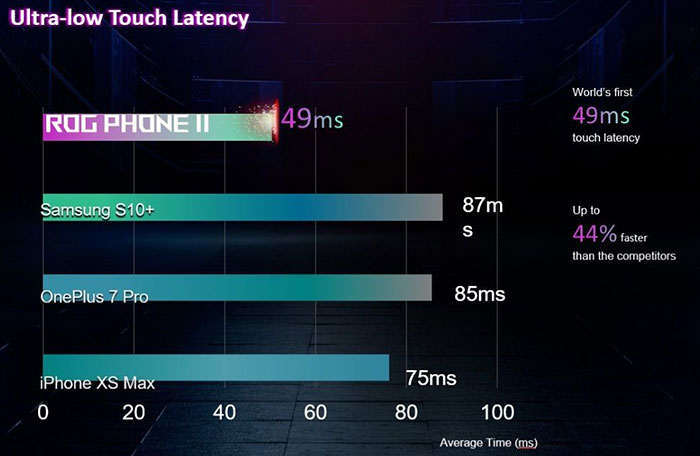 Another important design choice for a gaming phone is of the processor. Asus has chosen te recently revealed Qualcomm Snapdragon 855 Plus overclocked to 2.96GHz, with a GPU overclock to 675MHz. Partnering this processor is a healthy 12GB LPDDR4X RAM, plus 512GB UFS 3.0 storage. Keeping things cool, Asus has equipped a 3D vapour chamber cooling system, and the vents are real in the phone body this year. 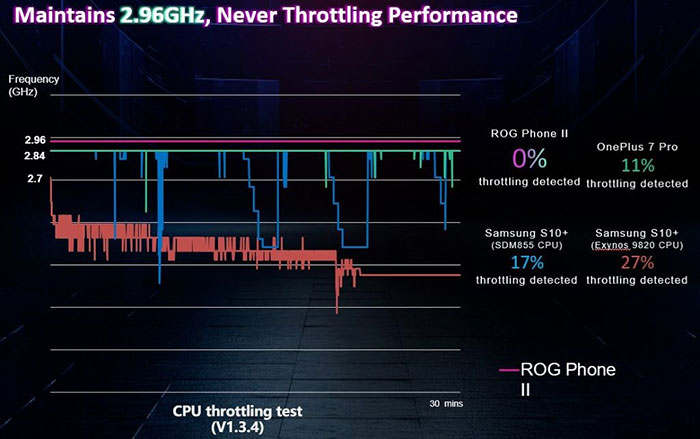 The Air Triggers return with the ROG Phone II and this time their latency has been reduced from 63ms to 20ms. Other gaming experience niceties include; dual high-end vibrating motors XYZ axis, dual front-facing DTS:X Ultra stereo speakers, quad-mics with noise cancellation, and the Asus Armoury Crate app (previously called the Control Centre). 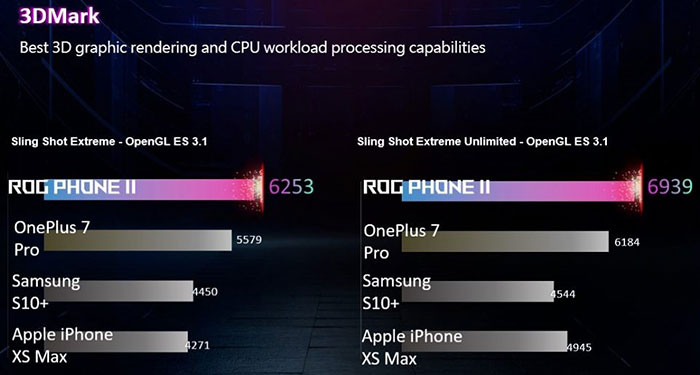 More standard smartphone features that are worth highlighting are: 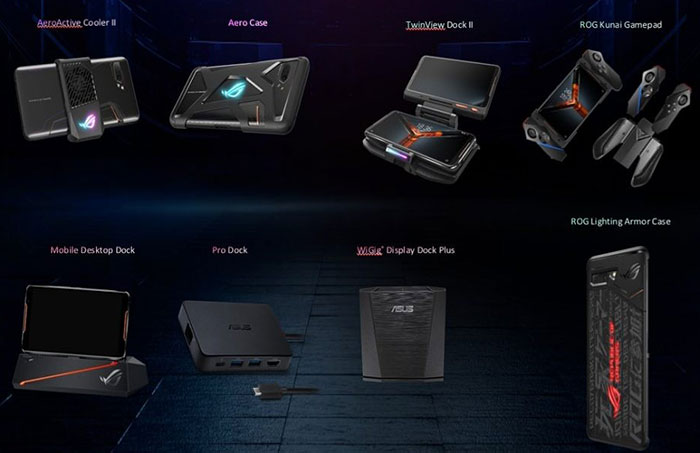 The new ROG Phone II has even more accessories designed for it than its predecessor. The phone comes bundled with a clip on fan accessory, the new and improved AeroActive Cooler II. As well as this there are various docks and gaming appendages which you can choose from like the new 'Switch Inspired' ROG Kunai Gamepad and TwinView Dock II.

The new Asus ROG Phone II is expected to become available in Taiwan and China tomorrow and will be priced similarly to the original at last year's launch (US$899). The matte-black global model will be launched in the first week of September.

Posted by Ross1 - Mon 22 Jul 2019 13:53
Even ignoring the gaming aspect, theres a lot to like about those specs, only thing missing for me is a microsd card. Which are so useful for so many reasons, and so easy to put in a phone, I find it really sad its no longer a feature you can count on.
Posted by globalwarning - Mon 22 Jul 2019 16:13
6000mAh battery? Yes, please. I don't even just tired of the crap battery sizes that we get. I'd gladly trade a thicker phone for more battery.
Posted by Wozza63 - Tue 23 Jul 2019 06:39
A perfect phone until you see the design. Drop the “gamer” style and it will sell a boatload. But only 13 year olds want a phone that looks like this.
Posted by philehidiot - Tue 23 Jul 2019 09:57
I'd love the battery size. The design of the phone is just designed for stuff I don't do. It also compromises on areas I do use. I think it's great someone is doing this but it really is a niche product.
Posted by Jimrummy2395 - Wed 24 Jul 2019 08:54
Why do they have to make it look like that though? It's embarrassing.