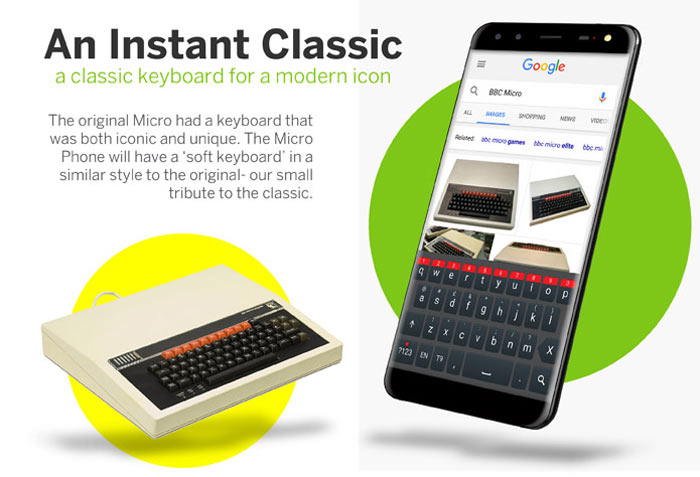 The Acorn Micro Phone C5 is the firm's first smartphone. However, its current product pages list several Android and Windows laptops and convertibles, tablets and mobile accessories, all highlighted as 'coming soon' - so this isn't a one-off plan to (re)use the Acorn brand.

Turning to the specs for the Micro Phone C5, what is described as a feature packed, flagship Android handset, is actually what most would call mid-range nowadays. The following key tech specs are listed: 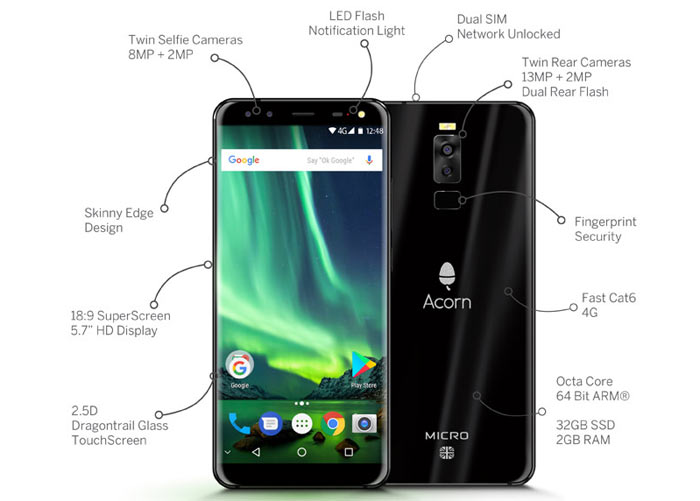 Beyond the above specs, in its press release the existing Acorn Computers team play on nostalgic feelings, with lots of historical background given about the company, and it states how "today, Acorn aims to become one of the UK’s favourite names in consumer electronics". The Acorn Micro Phone C5 is "inspired by the team from the 1980's" we are told. Furthermore, Acorn intends to be "at the forefront of the tech industry in the UK", and "lets consumers buy British".

With the above statements taken on face value it is disappointing to discover that the Acorn Micro Phone C5 is basically the Chinese Leagoo S8 with a few cosmetic tweaks. The most significant changes that I can find are an Acorn soft-keyboard, and an Acorn logo on the back of the phone above a little British flag. 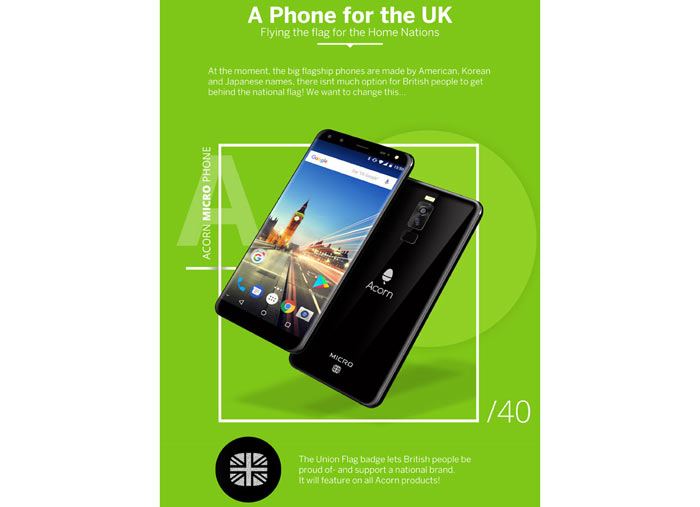 In the small print at the end of its IndieGogo funding page Acorn does admit that the phone is "assembled and packed in China". Its ultimate goal is to bring manufacturing to the UK. This smartphone is being crowd funded simply to "ensure we meet minimum order quantities for the first production batch," as well as to rekindle Acorn product loyalty in the UK.

If you are interested in the Acorn Micro Phone C5 there is still a chance to back the IndieGogo project to the tune of £95 as an 'early bird' special. The project has still a month to run but has a long way to go to raise its target £450,000, as it has only raised £800 so far (day 1) at the time of writing. Meanwhile the Leagoo S8 costs about US$140 via Aliexpress.

And a report from Korea says it will be launched in August alongside the Galaxy Z Fold 2.

DanceswithUnix
C5 was a Sinclair electric buggy. Stupid name for a phone named after things from the 80's.

It was also a bit of a joke product and was a commercial failure. Not sure why the chose that name TBH!!
Posted by DanceswithUnix - Fri 23 Feb 2018 16:46

CAT-THE-FIFTH
It was also a bit of a joke product and was a commercial failure. Not sure why the chose that name TBH!!

I think the Sinclair C5 was before its time. I quite fancy one TBH, is that wrong? :D