The Apple iPhone X was not of course the only announcement made by Apple yesterday evening but it's fair to say the attention it garnered overshadowed its new generation stable mates. Apple launched the iPhone 8 and 8 Plus with tweaks, most significantly under the skin, to what look very much like the iPhone 7 models. Upgrades also came to the Apple Watch thanks to built-in cellular connectivity, and the Apple TV which can now be used to playback 4K and HDR content.

These iPhone 7 sequels could easily have been '7S' models for the changes made but Apple's marketing department must have decided to go for a full numerical version upgrade this time. The largest improvement to these smartphones is probably the inclusion of the new A11 Bionic SoC, as featured in the iPhone X. Both the efficiency and performance cores are quite a lot faster than in the previous A10, and it’s a hexacore processor this time too. As mentioned last night, the A11 includes Apple's first in-house designed GPU, which is claimed to be 30 per cent faster than the one in the A10 SoC. Last but not least there are the supporting 'neural engine', M11 motion coprocessor, and a new ISP to support the cameras. Even though the new phones offer greater processing power on tap the battery life is said to be the same as their predecessors. 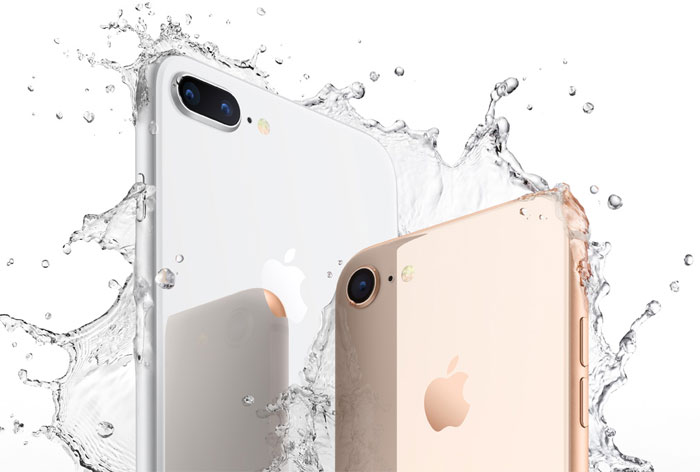 Apple says the iPhone 8 / 8 Plus 'Retina HD' screens are better than ever thanks to True Tone technology. They aren't OLED screens but the True Tone helps the screen to offer optimal imagery in all kinds of environments and boasts a wide colour gamut, plus "the best colour accuracy in the industry".

Cameras vary between the two iPhone 8 models. The smaller model has a new 12MP rear camera with a larger and faster sensor. A new colour filter has been designed and OIS is present. The iPhone 8 Plus includes rear wide‑angle and telephoto lenses for optical zoom capabilities. Both models sport quad-LED flash beside the rear cameras. 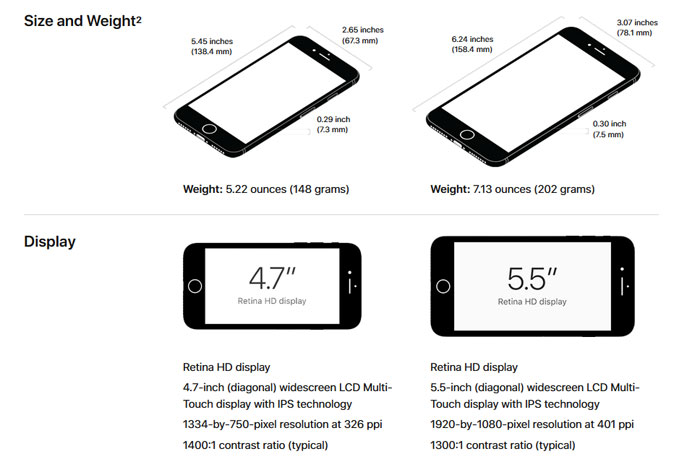 Qi Wireless charging has arrived, as has support for LTE Advanced and Bluetooth 5. Lastly, the new iPhone 8 models are glass coated all around and offer water and dust resistance. Of course the screens and physical attributes of the iPhone 8 and 8 Plus are different. Please look at the diagrams above to see that data summed up. 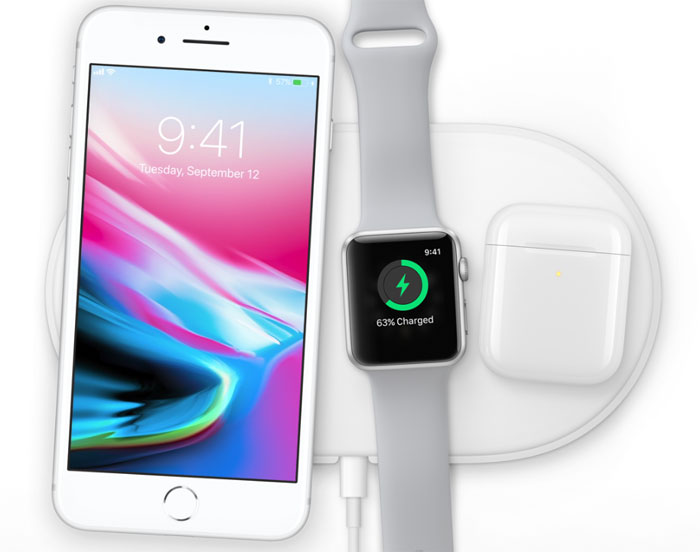 As mentioned in the intro, the Watch Series 3 comes with standalone cellular connectivity. It offers up to LTE speeds via its built-in embedded SIM. If you have your iPhone in the vicinity the Watch will default to using its connection etc. Inside the watch is the S3 SoC, said to be 70 per cent faster than the previous generation. Other important improvements are the Watch's water resistance and wireless charging abilities.

You can buy the new Apple Watch in lots of colours and finishes for £/$399. If you don't need the cellular option its £/$329. Meanwhile the original Apple Watch gets reduced to £/$249. Pre-orders open this Friday, 15th Sept with new watches shipping from 22nd Sept.

Apple enters the 4K HDR era with its new set top box, appropriately called the Apple TV 4K. It supports both the Dolby Vision and HDR10 standards which could be useful depending upon the streaming services you intend to use. On the topic of content, Apple announced that 4K movies on iTunes won't carry a premium over their 1080p versions. Titles already purchased will be upgraded to 4K as and when available if your hardware supports it. With the arrival of these new boxes the Apple TV app for iPhones and iPads will be available outside of the United States for the first time. 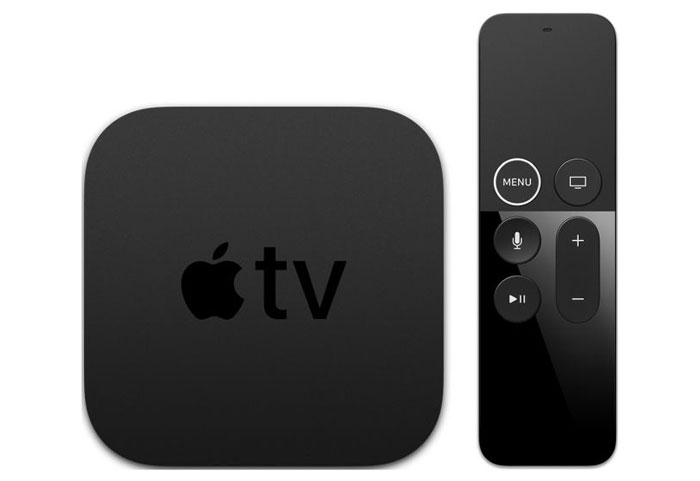 Under the hood the new Apple TV 4K uses the A10X Fusion chip, as featured by the recently-updated iPad Pro. Apple claims this provides twice the CPU and four times the GPU power compared to its predecessor. You will be able to buy one of these STBs with 3GB of RAM and a choice of either 32GB (£/$179) or 64GB (£/$199) of storage.

Posted by peterb - Wed 13 Sep 2017 12:51
Yes, all the excitement is over the X, the 8 although an incremental improvement is probably the more interesting device.
Posted by deepblue08 - Wed 13 Sep 2017 19:17
I am not sure I like the model offerings this time around. I feel like iPhone 8 will be forgotten because of the X model. Time will tell.
Posted by Wozza63 - Thu 14 Sep 2017 08:03
Wireless charging is honestly amazing, I'm glad Apple have finally done it, hopefully everyone will now follow. I had wireless charging on a Lumia 920 which is 5 years old, I've missed it with my last 2 phones.
Posted by keithwalton - Thu 14 Sep 2017 20:50

peterb
Yes, all the excitement is over the X, the 8 although an incremental improvement is probably the more interesting device.

The number of comments on this thread compared to the one on the X shows just how little interest the 8 is getting.

Bit of a PR blunder since the X isn't ready for release yet they should of waited and branded these 7S not 8.

They should of also called the X the iPhone Pro or something at least then the products would clearly differentiated and people wont have to question what happened to the iPhone 9
Posted by Jonj1611 - Thu 14 Sep 2017 20:57
Yes they shouldn't have announced both at the same time, people with the 8 won't really feel like they have the latest device but apple kind of backed themselves into a corner. They needed to do something special for the 10th anniversary but probably knew people weren't going to swallow a £/$1000 phone.