There have already been various actions by ISPs, video streaming services, games portals, and others - all in the name of safeguarding internet bandwidth during the Covid-19 pandemic - noted in the HEXUS news. In mid-March, before the UK had even locked down, the hugely popular Alphabet / Google owned YouTube video viewing and streaming site gave notice that it was about to dial-back the default video streaming quality in Europe. It didn't change its compression bitrates, rather it made SD videos the default but users are free to turn things back up if their device allowed such adjustments. 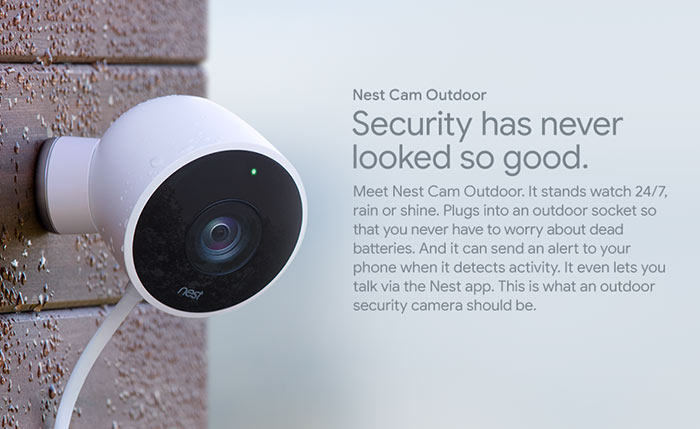 Now it looks like Google has pondered over other bandwidth hogs within its portfolio and has surprisingly (for me) cast its gaze upon its Nest Cam smart CCTV cameras, and followed up with adjustments. In a letter to users picked up by TechCrunch, Google said it is going to temporarily lower the video quality of Nest Cams to limit the bandwidth each camera uses, to "conserve internet resources." It was further explained that this initiative was spurred by the "global call to prioritize internet bandwidth for learning and working". Anyone who has this adjustment rolled out to them will be notified within the app.

At my home the Blink XT smart cameras I own have been off more than usual due to us being home more than usual with WFH, social distancing etc. So it sounds rather an odd focus for Google to need to dial back its Nest Cam recording quality. Also one usually wants security cameras to perform at their best when you use them to, for example, pick up a thief's distinctive duelling scar, or to be able to read a getaway car's number plate. 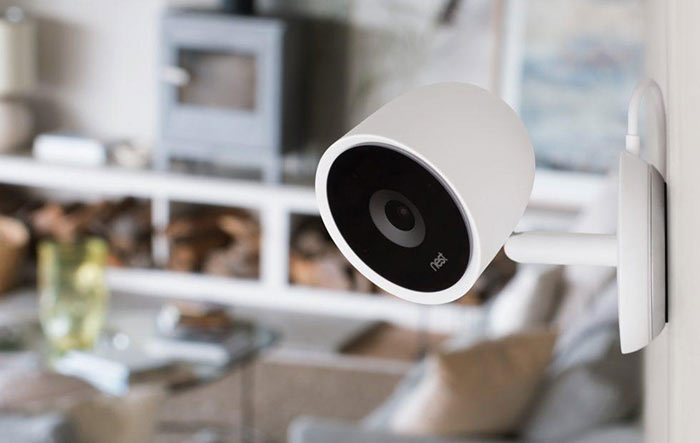 I don't own a Google Nest Cam cameras, so had a look at the official FAQ about the devices and their internet bandwidth and speed requirements. The help pages say that the cameras work by "uploading footage to the Nest service in the cloud, then downloading the footage to your phone or tablet for viewing." Bandwidth use seems rather high, especially at best quality settings. According to Google's official FAQ your Nest Cam will use between 300 and 400GB per month when using the high quality settings. Dialling this back to Medium can reduce this to as low as 120GB per month depending on the Nest Cam product. Users can further reduce data use by scheduling active camera times or via a Nest Aware subscription. 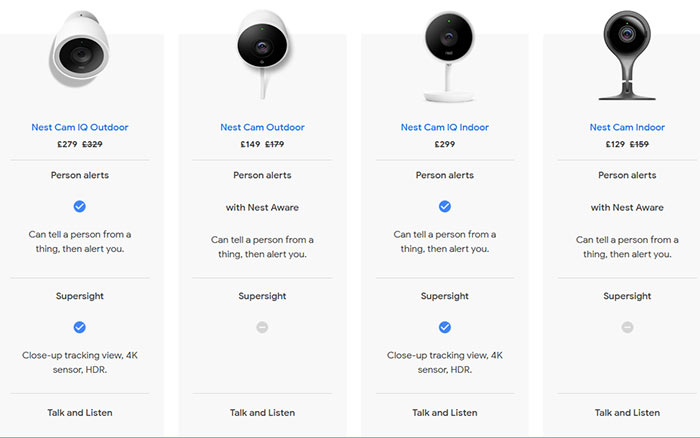 Remember, Google is just changing the defaults here, as it did with YouTube. Users can freely bump the Nest Cam recording quality back up if they require.

persimmon
Why do these thngs need to send all data back to the M/ship? Why cant it be stored and processed locally .. and better codecs could make a difference h264 vs h265 normally can reduce B/width by 50% for same quality.

Because that means the hardware costs rocket up. Processing h265 on a device you'd need quite a speedy chip just for the processing
Posted by Gentle Viking - Wed 15 Apr 2020 14:12
These are generally cloud cams, this mean people like Oogle can make money on you all the times instead of just when you buy the product.
So of course they have no interest in you storing your footage locally, on a build in memory card or your own NAS / NVR / DVR.
These come security cameras are nothing but ticks sucking you dry.

I would NEVER buy anything that needed cloud whatever to run, or a phone to set up / make it work.
PS: And then IOT get more underway they will come up with more data generating you need to store in the cloud too.
But you might be able by then to get free cloud with Oogle, if you say its okay for them to mine your footage / data for whatever they want to make you even more the product.
Posted by Rubarb - Wed 15 Apr 2020 16:00
Yeah I've never understood anyone wanting to use a cloud to store anything,… its a security breach just waiting to happen.
Only good thing to come out of it is now and again we get to see some celeb naked after it's been hacked :D
Posted by ik9000 - Wed 15 Apr 2020 17:09
it has a place for back-up provided its securely held. I would argue a corporate server can utilise far better security and fail-safe back-ups than I can muster up on some home server and my own efforts. That said I hesitate to trust it for anything sensitive/personal details etc.