Sony has announced that its new ZH8 8K HDR full array LED TVs will become available in Europe from early June. The ZH8 series (75- and 85-inch TV sets) are claimed to bring together Sony's latest developments in image and audio quality, alongside an enhanced user experience, to appeal to movie and TV enthusiasts and video gamers alike. 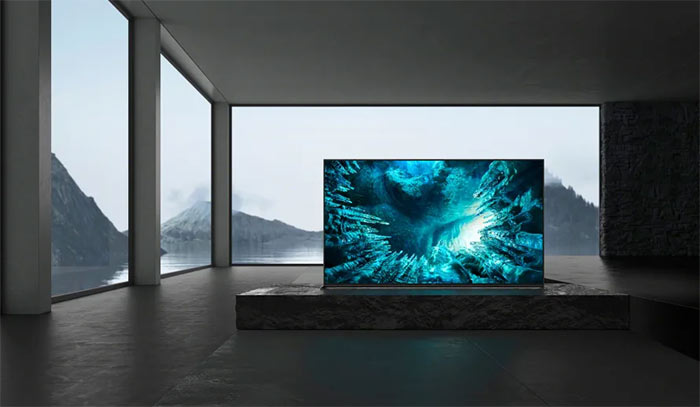 Netflix subscribers may appreciate Sony's 'Netflix Calibrated Mode'. This is supposed to reproduce Netflix Originals with the same picture quality as the studio evaluation master. "With Netflix Calibrated Mode, the creator's vision and intent is faithfully preserved," boasts Sony. The biggest screen movie experiences from IMAX are enhanced too, with Sony's MAX Enhanced product certification. The ZH8 is Dolby Vision and Dolby Atmos compatible. 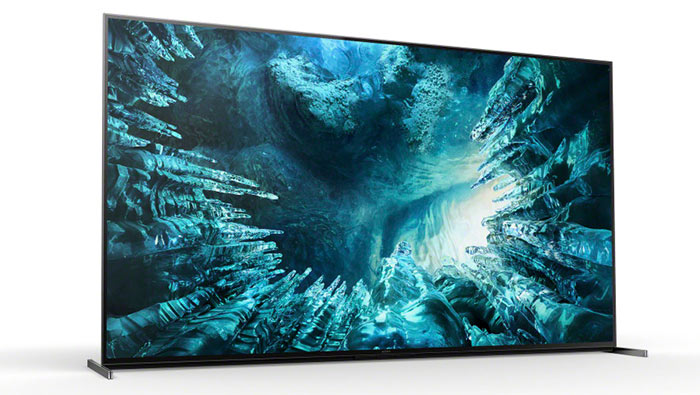 If you are interested in hopping on the next gen console bandwagon, Sony reckons it has you covered with the new ZH8 series. The new TVs support 8K 60fps as well as 4K 120fps high frame rate and fast response time via HDMI. This will allow you to make the most of the performance of your next-gen console "for a cutting-edge gaming experience," says Sony.

Together the visual and audio qualities are optimised for your room environment using Sony's Ambient Optimization features. This detects ambient light and sounds and even the sonic qualities of your room, adjusting accordingly.

Posted by Friesiansam - Fri 22 May 2020 11:36
Pay all that money and still you will have almost no 8K content to watch.
Posted by Kato-2 - Fri 22 May 2020 11:40
Complete waste of money, of course the industry has nothing else to sell other than resolution even though much of the content industry still hasn't even moved to 4K

Kato-2
Complete waste of money, of course the industry has nothing else to sell other than resolution even though much of the content industry still hasn't even moved to 4K

Also LOL at buying an 8K 60Hz display to play 1440p 30FPS games on the PS5 if thats the target Sony is aiming for with their big splash Unreal trailer.

Too expensive - i agree.
Not necessary? I do not agree. In times when your smartphone has FHD resolution we still having computer screens with 4x less pixel density as a default. Increasing it 2 or 4 times should be natural.
Up scaling is a really good thing, helps reduce the performance impact and improving quality to the content that cannot be rendered natively.

Having that said I'm using 40“ 4k where the resolution is to small because you are still able to see pixels when close and default font size is sometimes hard to read.
I would be happier if that was 43” 8k scaled 200%.

Also it would be great to see more screens that re 4k,5k,6k,8k,10k that can work as monitor. As there a significant difference in how far you see TV and Monitor.
Posted by Lord Midas - Fri 22 May 2020 20:43
Well said DevDrake. Yep, it's a tad expensive, but without the advances in TV tech we won't have it filter down to the more affordable TVs in a few years. Not so long ago HDR was costly, now it's standard.