The PC industry continues to go through tough times according to market intelligence. In a newly published report, Gartner analysts say that we have just witnessed the 14th consecutive quarterly decline in PC shipments. Q1 2018 saw 61.7 million PCs shipped worldwide, a 1.4 per cent decline from a year ago. 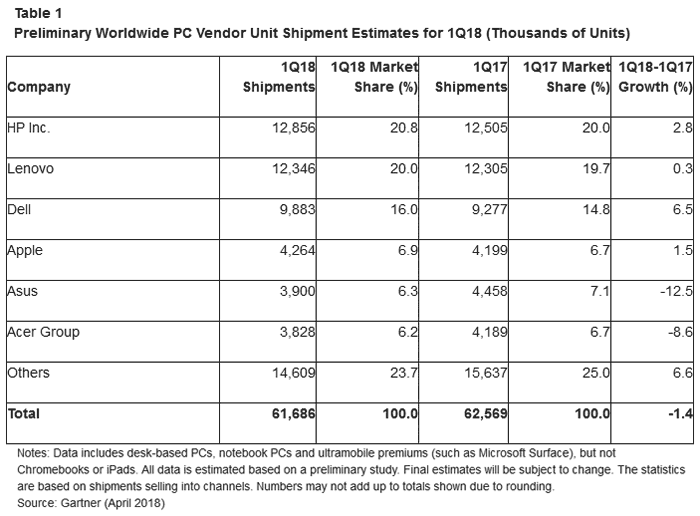 We have just seen a plethora of 8th generation Intel Core processor related releases. This also had an effect on the shipments as "vendors were cautious in overstocking due to the upcoming release of new models," noted Gartner's Ms. Kitagawa. 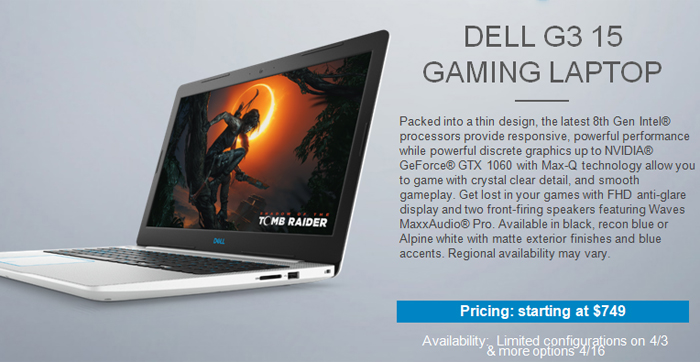 The big three of HP, Lenovo and Dell all managed to grow in this lean period for the industry. Dell was the most impressive player with a 6.5 per cent gain in shipments compared to a year ago. Asus and Acer seem to have done terribly in Q1 2018, with shipments down by 12.5 per cent and 8.6 per cent respectively since a year ago.

Current component prices aren't exactly helping though.
Posted by LSG501 - Thu 12 Apr 2018 14:04
I can never understand why pc shipments have declined when we've basically had miniscule performance improvements and increasing component prices (in some areas excessively) for the last 5+ years…. it's just baffling….


Hell my 10 year old amd x2 (ignoring the OS side of things) can manage just about everything a ‘normal’ user uses their pc for (office, web that sort of thing), it's only gamers, businesses (renewal cycles, workstations etc) and those who want the ‘latest and greatest’ that really need an up to date pc these days unless it fails.

Laptops are the areas thats had the most progress because intel (and amd) has focused on power usage more than all out performance.
Posted by chinf - Thu 12 Apr 2018 15:16
My 10 year old Core 2 Duo laptop is now struggling noticeably after the performance hit of the Meltdown & Spectre patches, so I'm keen to see which Ryzen-based laptops will be good buys.
Posted by 3dcandy - Thu 12 Apr 2018 17:14
But I've noticed many are not getting laptops either just prefer to use phone and work pc if they need to and perhaps a tablet at home