Facebook boss Mark Zuckerberg has just announced plans to reward content creators with a slice of a $1 billion plus fund. This reward program will kick in shortly, with "more details soon", and will run until the end of 2022. Facebook's reward cash will be split between creators on Facebook and Instagram.

"We want to build the best platforms for millions of creators to make a living, so we're creating new programs to invest over $1 billion to reward creators for great content they create on Facebook and Instagram through 2022," wrote Mark Zuckerberg on his Facebook page. "Investing in creators isn't new for us, but I'm excited to expand this work over time. More details soon."

As I help my wife run a Taiwanese Cooking site, YouTube cooking channel, and Facebook page, I am more accustomed to Facebook asking for cash to promote our page than offering any rewards. So it is nice to see that Zuckerberg has been thinking about a fund to boost the quality of Facebook hosted videos, for example.

Facebook's plans will be "seasonal, evolving and expanding over time". It will start by offering rewards through its Stars system. Another rewards channel will be opened up for game live-streamers, based on Stars again. In the next few weeks, US Instagram creators will start to receive invites to its rewards program. Facebook also seems to be targeting Reels makers with rewards, Instagram's tribute to the short-form TikTok-style video. 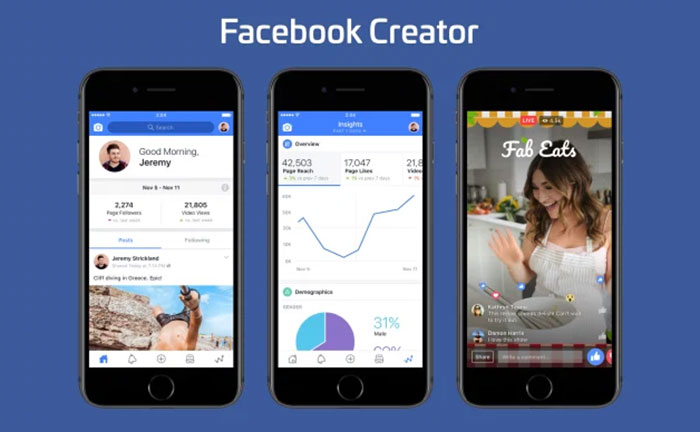 How generous is the Facebook fund, and how does it compare with rivals like YouTube, Snapchat, Tiktok and so on? Looking through the most recent data I could find, it appears to be the case that’s YouTube pays out $8.5 billion per annum on 'content acquisition'. Additionally, YouTube is promoting the creation of short-form videos with a $100 million fund dedicated to YouTube Shorts. The same link, suggests that TikTok launched a $200 million creator fund last year, and Snapchat dishes out $1 million each day to creators of the most popular short-form videos on its Spotlight platform. Those into gaming and game-streaming might be attracted to Twitch which funds creators largely though bonuses for each new paid subscriber.

One of YouTube's top smartphone centric video publishers MrWhoseTheBoss, AKA Arun Maini, revealed on Wednesday that spending his time of TikTok wasn't worth it for Tiktok funds alone (it might be a helpful cross-promotion). Maini shared screenshots as evidence that his videos were watched by 9.8m people in one week, and his resulting creator fund balance from that was just £42.11. That compares poorly to the US$3 - $5 creator income per 1000 YouTube video views that seems to be considered the norm.

HEXUS - Quote from The Zuck;4296763
Wants to become one of the best platforms “for millions of creators to make a living”.

Google makes a shedlod of wedge from Youtube and we want some of that.

There's few organisations I detest more than Google, but FB qualifies. So …. thanks for the offer an' all, but no. I mean, hell, no.