One of the attractions of buying products on Amazon as opposed to some other places is the excellent depth of reviews that previous purchasers have left on all but the newest or most obscure items. Or so you might have thought… A recent investigation by the FT found that activity of 9 of the top 10 UK product feedback contributors was "suspicious". Further investigations by the paper have lead to three of these top ten reviewers in the UK deleting their review history.

The FT report says that a prolific reviewer by the name of Justin Fryer reviewed £15,000 worth of good during August. Fryer reviewed a wide range of products from smartphones to electric scooters to gym equipment, it is reported. He output five star reviews at an average rate of one every four hours last month. 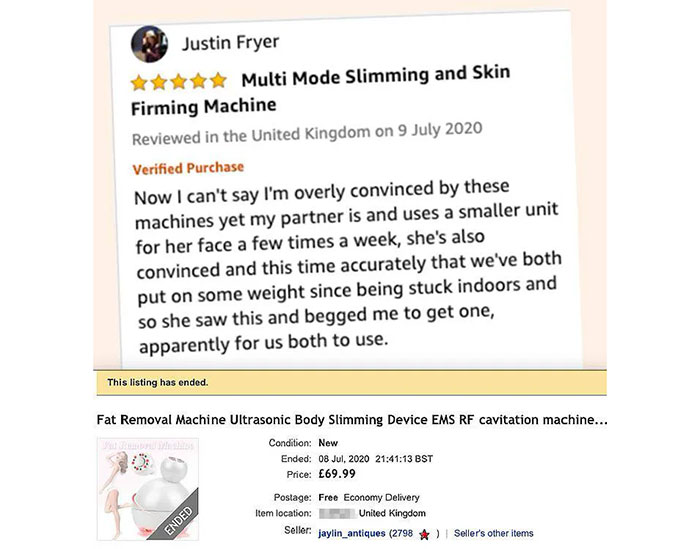 Interestingly Fryer appeared to list a quantity of corresponding goods on eBay, marked as 'unused' and 'unopened'. Of course this doesn't get Fryer the full ticket price back but the FT says that he has made nearly £20,000 for such eBay sales since June. Mr Fryer doesn't look like he is alone in this kind of Amazon reviewing and eBay selling activity, as mentioned in the intro, there is a lot of similar suspicious activity going on and the FT's enquiries spooked three top ten UK reviewers enough for them to give up on their profits, for now.

So, what is the 'racket' here? Amazon's community guidelines explicitly prohibit "creating, modifying, or posting content in exchange for compensation of any kind (including free or discounted products) or on behalf of anyone else," as these aren't private blog or YouTuber posts. However, the FT reckons that the process of making money from these so called reviews on Amazon is approximately as follows: 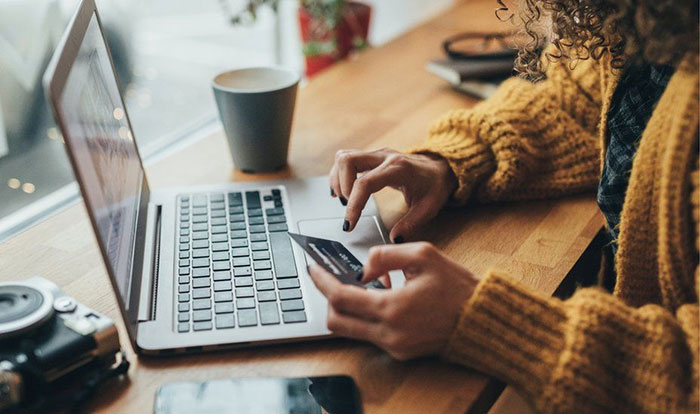 In the wake of the FT's expose, Amazon UK stated that it will investigate the issues brought to light. For its part Amazon insists that it uses AI to spot bad actors, as well as monitoring reports from users. It asserts that authentic reviews are important for its business and that it will suspend, ban, or even and sue users who violate its policies. Meanwhile, online review analysis group Fakespot recently estimated that over half of new Amazon UK reviews are 'fake'. Overall it says that about a fifth of Amazon reviews are 'unreliable', so it looks like the activity as outlined above has grown in recent months.

Consumer group Which? has been campaigning heavily for better checks on the authenticity of online reviews as shoppers should be able to trust such information, especially on sites of big and well known retailers. Outside of the UK's problem, The Economist has recently looked at 'the murky world of fake Amazon reviews' in the USA, based upon this research paper (see Figure 1 below). 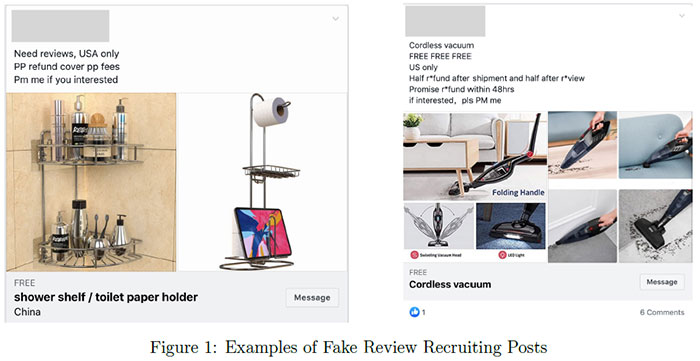 Posted by Helios451 - Fri 04 Sep 2020 16:12
Was only today reading Which magazine, which mentioned that it's recent research showed that buyer interest in unkown brands on an Amazon spoof website (for the purposes on the research) doubled when accompanied by 5 star reviews, when compared with the same ads with low star reviews. They've passed their data onto the Competitions and Markets Authority, which has opened its own investigation.
Posted by Namor - Fri 04 Sep 2020 16:20
I only read the one star or negative reviews and then make my decision.
Posted by LSG501 - Fri 04 Sep 2020 16:33
I'm always a bit sceptical if it's too good to be true.

While I usually look for goods with higher 4-5 star ratings, I also look at the negative feedback because that usually gives you a much more honest opinion on the item.

If I'm honest I have more issue with ‘Chinese’ companies either pretending they're in the UK on places like ebay/amazon and the only way you can really tell is when you look at the delivery times. Wouldn't be so bad if you could filter them out properly.

Don't get me wrong, I've had some cracking stuff sent over from China directly for peanuts, and I know a lot is made there anyway but sometimes I just want it ‘next day’ and don't want to trawl through all the ‘Chinese’ entries to find the ‘cheapest’ UK option….
Posted by Tabbykatze - Fri 04 Sep 2020 16:48
*light gasp*

Nahhhh, totally not true, no one thought it would be like this!