Facebook has launched its dedicated gaming app on Android. 'Facebook Gaming: Watch, Play, and Connect' is now available in the Google Play store, with an Apple iOS version in the works. The app allows users to watch "top streamers as they play the world’s biggest games," as well as comment, chat, and play built-in casual games. Additionally it includes a 'Go Live' feature to share/stream your own screen. 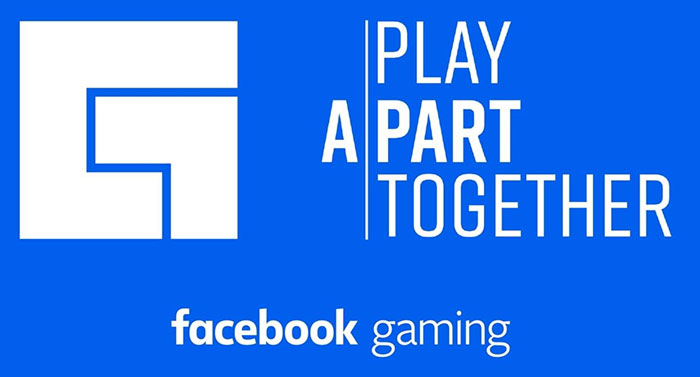 This dedicated gaming app from Facebook has been designed to rival the likes of Twitch, YouTube and Mixer as a destination to watch and comment on gaming – but with a few frills added as outlined above. Facebook has already been developing and testing this app in Asia and Latin America for about a year and a half.

Elsewhere in the world people have been able to access gaming content via other Facebook apps but this new app could be a "user-acquisition funnel for consumers that might not be interested in the Facebook app, including young consumers," noted Piers Harding-Rolls, Research Director for games at Ampere Analysis. On the other hand, having to download another app from the Facebook stable just for gaming (Facebook, Messager, Pages are required just to replicate the desktop site functionality right now) might put some people off.

A trio of activities are at the core of the Facebook Gaming app, as follows: 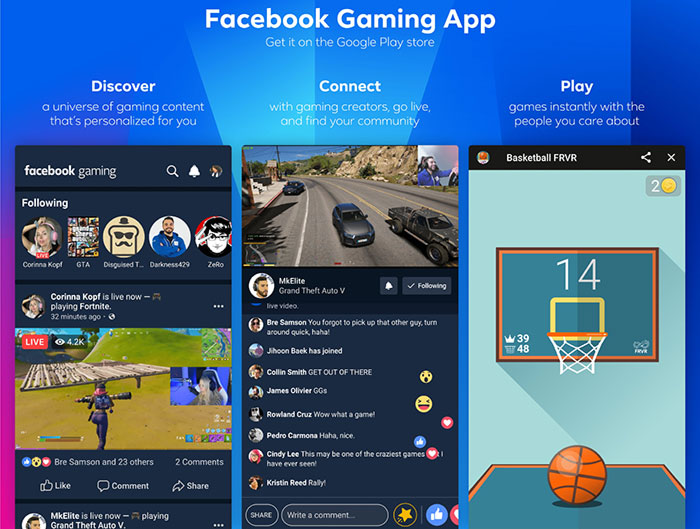 Upon launch of the app you will start at the Discover page/tab. Once set up this will highlight your favourite titles and trending content. You will be able to comment etc on a variety of gaming videos, images and GIFs just like you would on Facebook.

When watching a stream you will be able to chat with other viewers. Last but not least some will enjoy the built-in casual social 'instant' games on the platform.

Game stream viewing has grown by at least 10 per cent during the Covid-19 crisis, says the BBC. Facebook's other gaming efforts include; Tournaments – which allows users to create and organize virtual tournaments in a variety of formats, and of course its Oculus VR gaming software and hardware.

Is it really a gaming app if it's mostly just watching other people play, with a handful of very very basic timewaster games available to actually play?
Even Facebook itself has more ‘games’ to be played than this….
Posted by FRISH - Mon 20 Apr 2020 20:39
Pass
Posted by ik9000 - Mon 20 Apr 2020 21:46
facebook app released on android first due to lower privacy restrictions and larger market share = more appealing and fiscally beneficial to fb.
Posted by Gentle Viking - Mon 20 Apr 2020 22:51
Ill echo that, just like i have always said about facetwitt,,,,,,,, Pass.
Social media are so 2000, i would never insult anyone i know by talking to / interacting with them thru that.
Posted by Iota - Tue 21 Apr 2020 07:25
Never used Facebook or Instagram or Whatsapp so why would I give them my data through this?