Yesterday evening Twitter CEO Jack Dorsey used his social media platform to announce the cessation of political advertising. The main impetus behind the decision is that "We believe political message reach should be earned, not bought." Dorsey went on to share some further thoughts about the policy change, rebuffing counter-arguments that he anticipated over an 11 Tweet opinion salvo. 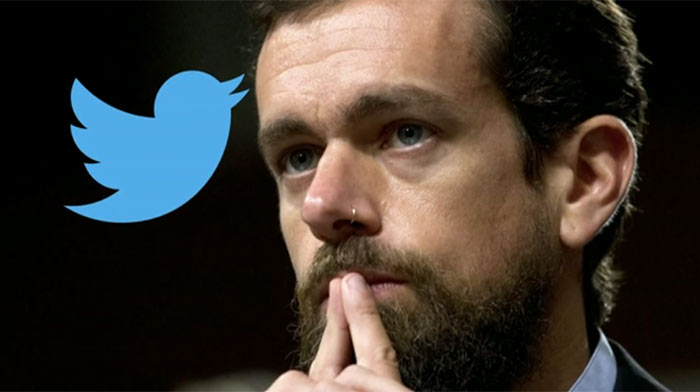 In his series of Tweets Dorset reasoned that "A political message earns reach when people decide to follow an account or retweet. Paying for reach removes that decision, forcing highly optimized and targeted political messages on people. We believe this decision should not be compromised by money." Then he warned that "internet advertising is incredibly powerful and very effective for commercial advertisers, that power brings significant risks to politics, where it can be used to influence votes to affect the lives of millions".

Later Dorsey admitted that there are challenges similar to the above for all internet promotional activity but he wanted to act and fix something which he saw as a particularly important aspect of paid advertising.

The BBC reports that rival Facebook recently ruled out a ban on political ads. Facebook founder Mark Zuckerberg defended the policy by saying "In a democracy, I don't think it's right for private companies to censor politicians or the news."

Meanwhile, there has been quite a split in reaction to the Twitter news from politicians. In the US, Brad Parscale, Trump's 2020 re-election campaign manager, said the ban was "yet another attempt by the left to silence Trump and conservatives". Democratic front-runner Joe Biden's spokesman Bill Russo, saw things differently, stating that "When faced with a choice between ad dollars and the integrity of our democracy, it is encouraging that, for once, revenue did not win out." 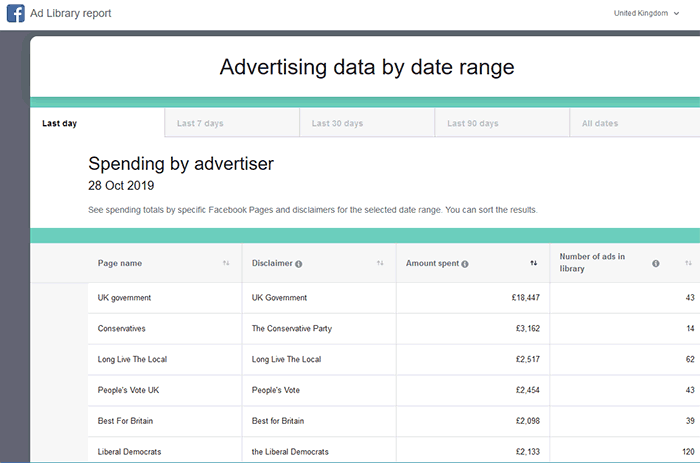 Turning again to Facebook and its reluctance to cut off this source of income, one only has to browse the Facebook Ad Library to see that the majority of spending on FB ads appears to be from political groups and organisations. Here in the UK the organisations above are the biggest spenders in the last 24 hours (see screenshot above). Some might not consider UK Government spending (by far the biggest spender here) 'political' but others would accuse the current government of spending on propaganda rather than purely informative ads. Have a look and decide for yourself. HEXUS readers in other countries can toggle the location on the upper right of the Ad Library report page.

Meanwhile, with FB political advertising open to purchase, one might expect spending by most of the UK's political parties to feature strongly in the linked charts in coming weeks, in the run up to the GE on 12th December.

Posted by cheesemp - Thu 31 Oct 2019 11:28
Good on Twitter but without Facebook its meaningless. Its sad how Social Media has even more turned democracy into a money game.
Posted by Ttaskmaster - Thu 31 Oct 2019 12:29
Facebook have removed privacy from the profile search… or something like that. Everyone at work is up in arms about it.
Posted by Kattefjaes - Thu 31 Oct 2019 12:35
I suspect that Jack doesn't want to be in Elizabeth Warren's sights if she wins, she's pretty forthright about the issues around social media and political misinformation. Very much “your move, Zuck”, pass the popcorn ;)
Posted by Gentle Viking - Thu 31 Oct 2019 12:41
So ? Twittbook biting the hand that feed it ( read allow it to exist )