Flickr, the well known photo sharing service and user community has announced a number of changes to its free and pro (paid for) user accounts. The changes coming to the self-professed "largest photographer-focused community" in the world may be controversial to heavy users of the free service as, after 5th Feb 2019, freely hosted user content over 1,000 file limit will begin to be deleted. Flickr is offering a 30 per cent off the first year of a pro subscription (down from $49.99 to $35.04) to smooth the change for those who value its service. 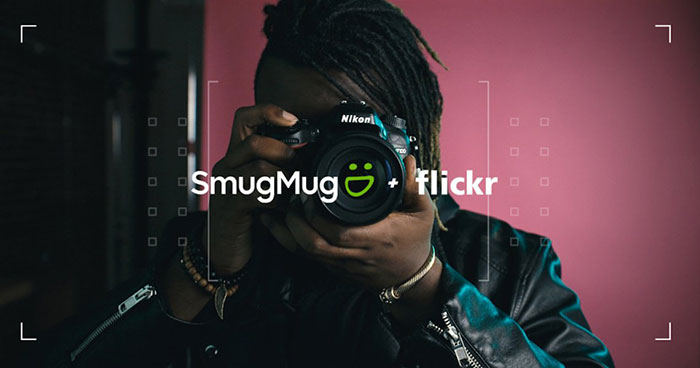 In case you missed it, an outfit called SmugMug with a similar but pro paid-subscriber focussed business, bought Flickr from Yahoo back in April. This was just five years after Yahoo bought the photo sharing site and gave everyone 1TB of free storage. Yahoo's efforts to make Flickr Biggr, or even Spectaculr, didn't seem to go well, and we don't know if Yahoo raked back the $20 million (or more, or less) from the sale as such deal details weren't disclosed.

Back to the present day, and I shall first outline what will happen with respect to free Flikr users. Free accounts will now be for a member’s 1,000 best photos or videos, regardless of size, explains the new management. The 1TB free service will be phased out starting from January 8. On this date if you have more than 1,000 files hosted on Flickr and are a free user you won't be able to add more. Another important date is 5th Feb. This is mentioned in small print on the 'Looking ahead' page here but not in the press release. From this date "free accounts that contain over 1,000 photos or videos will have content actively deleted - starting from oldest to newest date uploaded - to meet the new limit". So please beware. 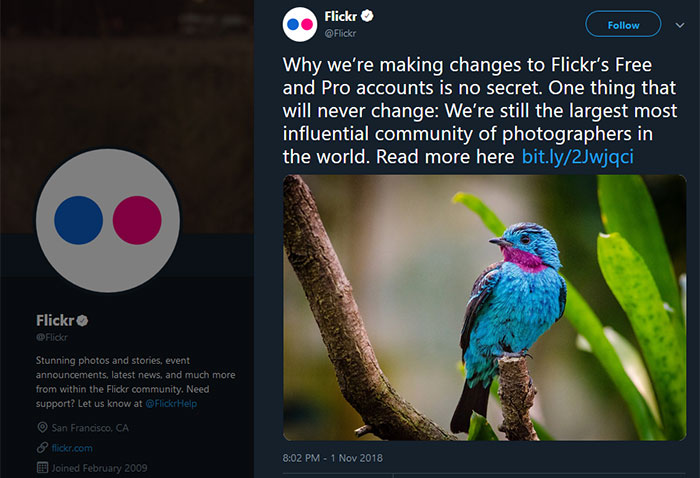 Flickr would like you to upgrade to a Pro account, of course, as it is a business. This is normally $49.00 per annum but there is 30 per cent off the first year for current users until the end of November 2018. Why should you upgrade to 'pro'? Flickr lists the following benefits:

Flickr boss Don MacAskill signed off the press release with a hopeful appeal to users, to stick with the site/service and to "evolve the incredible, diverse, and beautiful place [and] define the future of photography together".

Not that I ever used Flickr, so this never affected me either way. CAT-THE-FIFTH certainly makes a good point that the limit can be reached with a much lower amount of space than was previously allocated for free, but obviously there needs to be something to convince someone to pay.

EvilCycle
Time to take some massive multiple HDR panoramic montages stitched together over 2GB in size each, and then store 1000 of them to instantly double (or more) the amount of space instead of limiting it ;)

They probably wouldn't care, because for the handful (relatively) that do that, millions of users won't. And 6 months down the line, they'll find a pretext to ditch the ‘troublemaker’ accounts.

How many times do we have to see this kind of thing before people wise up to the fact that technology companies absolutely must demonstrate huge user growth rates. It's the only way to get investors and the only way to get thst growth is with sweeteners, or bribes, if you will.

But once they've hit user ‘critical mass’ ….. all bets are off.

So …. milk it while you can, then move on when you don't like changed ground rules. Or pay for quality hosting from the get-go.
Posted by Corky34 - Sat 03 Nov 2018 07:50
It still baffles me why we seem to depend so much on third parties to store our data and provide us with ‘services’, it's not like the technology isn't there to give every home their own personal web, cloud, or whatever, server. Although having said that i guess it's a cost thing.