Web businesses often find it difficult to monetise software or content and for Mozilla, whose motto is "internet for people, not profit" the challenge is particularly difficult. For a start users have a good choice of highly usable modern browsers to choose from, and secondly Mozilla trumpets its user-centric ethics, as noted above. However, it is about to embark on a new monetising project with "a privacy-conscious approach to sponsored content." 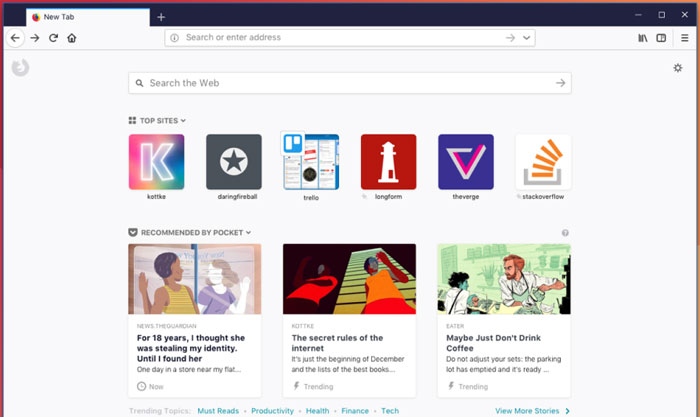 Mozilla bought up the read-it-later app Pocket last year, Mashable reminds us. And it is via this newly integrated part of Firefox that Mozilla wishes to show sponsored content. If you use Firefox you will probably have seen Pocket appear within Firefox over recent updates - in a default toolbar button, using up space in various context menus, and on the default Firefox start page. For me Pocket has been a whack-a-mole feature that I have tried to bury every time Mozilla thrust it into the Firefox UI via updates on PC and mobile.

Pocket offers more than just read-it-later functionality, it offers reading suggestions. Mozilla wants to use this avenue for monetisation. It reckons "an occasional sponsored story in Pocket's recommendation section on Firefox New Tab" will be an improvement on ads and "low quality, clickbait content". The feature will go live later this month for Firefox users in the US with the Firefox 60 release.

But you can turn it off (see bullet point 3 below)

On its part Mozilla will do its best to respect user privacy and put control in user hands. To ensure this it promises to deliver four things: 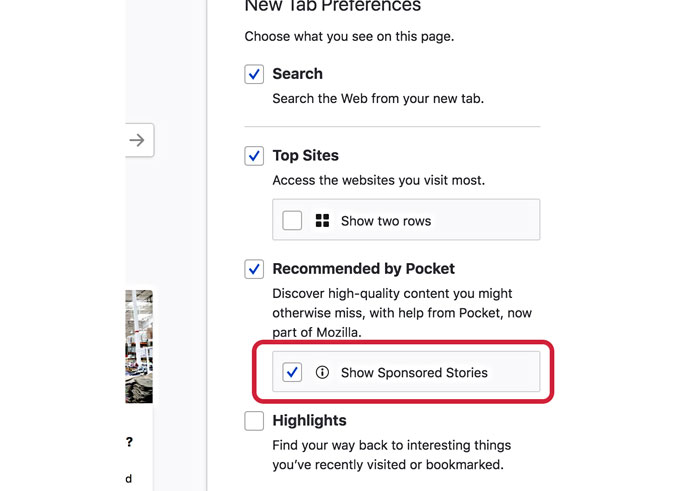 On the first point Mozilla says it is excited to be able to show personalised user-centred content without sharing of your personal data. That should allow users to be comfortable with personalised content while helping Mozilla pay for its running and development costs.

Posted by Rubarb - Tue 08 May 2018 17:00
If a company like this is so hard up after seeing our browsing habits……….. then sure try adding adverts and see how the numbers of users go down.
Chances are they already do this but admitting to the fact is another thing it gives them free rein.


NO NO NO NO NO … and NO again, I don't use chrome because I love Firefox always have but bring this in and I'm changing .
Posted by Ttaskmaster - Tue 08 May 2018 17:04
How else could something like this possibly compete and remain a big player, though?
Are there really that many companies who'd sponsor Mozilla ‘just because’? Would they have to up the prices of other, paid softwares?
Posted by Peter Parker - Tue 08 May 2018 17:13
Microsoft should sponsor them to have Bing as the default search engine now that Google has withdrawn :) Edge isn't really taking off.
Posted by iworrall - Tue 08 May 2018 17:14
Try this:-

Type about:config in the location bar.
You'll see a message that says “This might void your warranty!” …
In the Search box at the top, type pocket.enabled. …
Double click on this information to set the value to “false”.
The Pocket button will no longer appear in your Address Bar or the Library menu.
Posted by LSG501 - Tue 08 May 2018 17:29
Why doesn't Mozilla realise that most (firefox) users don't want this junk adding, we want a lean streamlined browser that performs well, doesn't track us and is PURELY a web browser, not the ‘gateway’ to something I have no interest in or I can just set as a bookmark…

We shouldn't need to keep having to go into the about:config or downloading add ons just to get rid of all the rubbish that the dev's are wasting time on….that time could be better spent on making firefox lighter and faster etc.