Computer enthusiasts are often on the lookout for faster, better broadband deals. We've looked at UK and worldwide broadband speed comparisons a number of times, but another important factor when you buy broadband is the price. However, you will probably only look at the prices in your home country unless you are thinking of moving abroad. It was therefore interesting to look through a report published by cable.co.uk which discusses the results of a study into worldwide broadband price averages which takes into account 196 countries and over 3350 broadband packages. 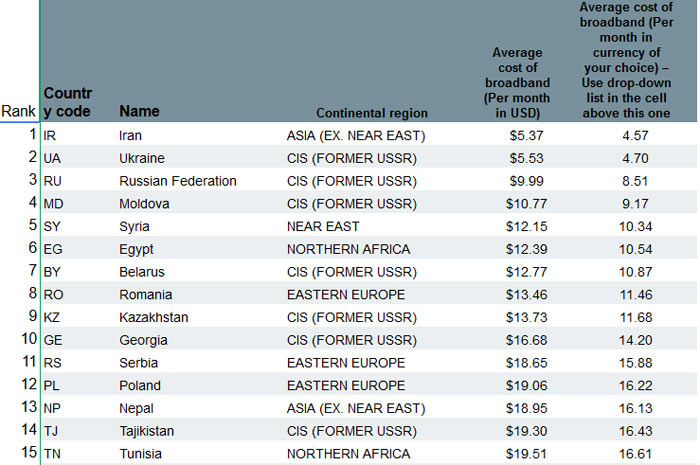 Considering the extremes in pricing first, the survey finds that the best value broadband is in Iran. Of the monthly broadband packages found there the average price comes to a very thrifty US$5.37 (rank 1). At the other end of the scale lies another country on the African continent, Burkina Faso. In this landbound nation the average cost of a broadband contract costs an astronomical US$954.54 per month (rank 196).

Trends were spotted in worldwide regional pricing; six of the cheapest countries for broadband access were formerly a part of the USSR (including Russia), and most of the 31 countries making up Sub-Saharan Africa feature in the lower part of the table, ranked for value. 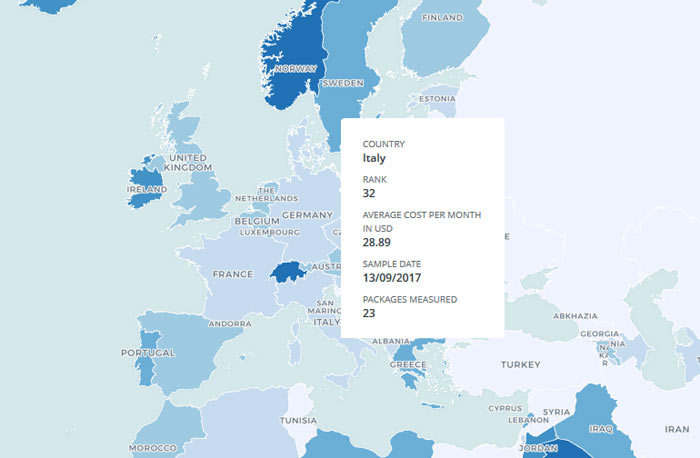 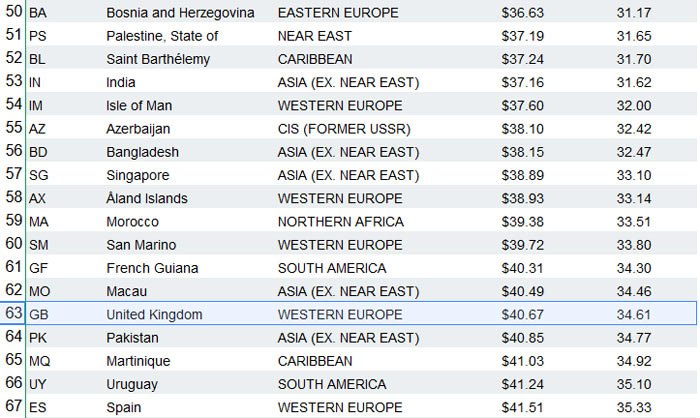 In the Americas and Caribbean, Mexico is the cheapest at US$26.64, and Haiti offers the most expensive packages at US$224.19 per month. Canada and USA average prices are US$54.92 and US$66.17 respectively. Residents of the other big English speaking countries, Australia and New Zealand pay US$60.37 and US$63.90 respectively.

If you are more interested in worldwide broadband speeds you can head on over to check out a previous report, from August, ranking nearly 200 countries for average download speeds (the UK ranked 31 for speeds).

It's not wrong, the government here has done little to nothing to reign in the ISPs.
Posted by LSG501 - Wed 22 Nov 2017 14:50
Report doesn't really say what sort of speed/service they get in those countries either, while the UK is woefully behind where it should be in terms of infrastructure etc, I would like to think it's ahead of places like Syria in terms of what they get for their money.

Mind you that's not to say I don't think our prices are a too expensive for what we actually get.
Posted by Irien - Wed 22 Nov 2017 15:33
I'd be very skeptical of these kinds of reports. It's not clear whether they're talking about ADSL or Fibre services (ie. what speeds they are comparing) or whether it is weighted by userbase (eg. if I offer broadband for 300ukp per month and noone buys it, does it still weigh the average?)… In the UK, does it include things like Line Rental, which would be necessary for a land line anyway (but not for mobile..). Indeed, where does mobile broadband fit in?

Either way, suggesting that the average UK consumer pays 35ukp per month for broadband seems pretty high, when the major players offer it from anywhere between free and 25ukp.
Posted by Troopa - Wed 22 Nov 2017 16:54
I would also say there is a massive disparity between what people are paying in the UK for the exactly the same service as your neighbour for exactly the same service. It seems as though unless you are willing to annually call your ISP to complain and threaten to leave, that you are simply price-rised year on year.