Apple released its Q2 2020 financials after close of business yesterday evening. Its revenue growth slowed due to the impact of Covid-19. However, things could have been a lot worse with manufacturing closures in East Asia early on in the crisis as well as the mass closure of Apple retail stores. CEO Tim Cook noted that Apple is operating in "the most challenging global environment," ever but was proud of the small but significant YoY revenue growth figure which was helped greatly by "an all-time record in Services," as well as wearable sales.

Headline results for Apple's second financial quarter of 2020 were; revenue of $58.3 billion, an increase of 1 per cent from the year-ago quarter, and quarterly earnings per diluted share of $2.55, up 4 per cent. "Despite Covid-19's unprecedented global impact, we're proud to report that Apple grew for the quarter, driven by an all-time record in Services and a quarterly record for Wearables," said Tim Cook, Apple CEO. Cook went on to remark on factors that meant Apple wasn't too badly impacted - its products help people stay connected, informed, entertained, and productive he said. During the quarter Apple's active installed base of devices reached an all-time high in all of our geographic segments and all major product categories.

So, how did the various Apple operating segments perform? Above you can see the official table charting ups and downs net sales across iPhone, iPad, Mac, Wearables Home and Accessories, and Services. You will observe that, in the shorter three month comparison, Apple's biggest revenue generation source of iPhone sales are down somewhat, as are iPad and Mac sales revenues. On balance Apple's Services and Wearables Home and Accessories divisions more than took up the slack though. Perhaps with the 2020 iPhone SE, Apple can bolster its iPhone category revenue in the coming months but that isn't expected to be seen as early as the end of June results. 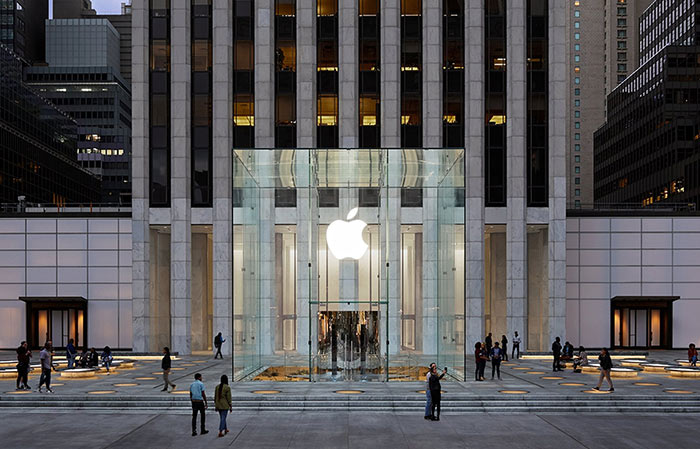 Looking ahead, Apple unusually declined to offer guidance for Q3, as it usually would. That's understandable with great uncertainty in the world right now, and AMD was punished by the markets for lack of optimism earlier in the week. Apple's shares were only down 2 or 3 per cent in afterhours trading though, which isn't very painful for holders. In an interview with CNBC, Tim Cook explained the lack of projection "We have great confidence in the long-term of our business. In the short-term, it's hard to see out the windshield to know what the next 60 days look like, and so we're not giving guidance because of that lack of visibility and uncertainty". 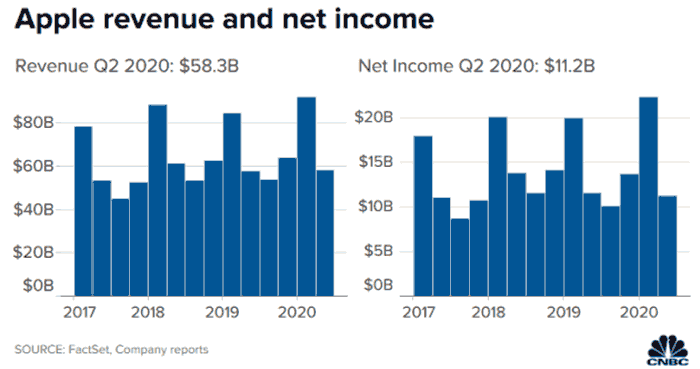 Apple Stores around the world are all closed until further notice except for China and one store in South Korea. When the stores re-open Cook said that they will do so with a "much reduced number of people in the store."