Back at the CES 2017 at the beginning of the year a little known Canadian startup Vrvana was showing off its Totem mixed reality headset and garnered critical acclaim. Several months later and the impressive VR / AR headset is yet to ship, and now it looks like it will never do so under the Vrvana brand, as the firm has just been purchased by Apple. 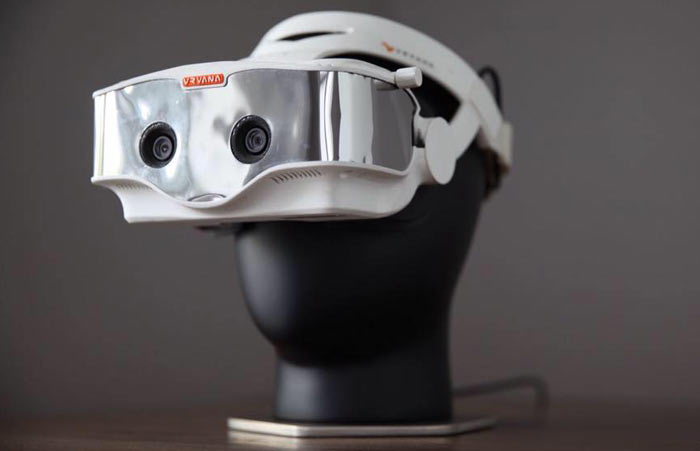 Both Apple and Vrvana have declined to comment on the news but the usually reliable TechCrunch has heard from two sources about the deal. The bottom line is that Apple has bought Vrvana for approximately US$30 million, according to sources. With both sides being tight lipped its uncertain about what Apple will do with Vrvana but last year Apple CEO Tim Cook seemed to lean towards AR being a better bet than VR and Vrvana would fit in well with this goal. 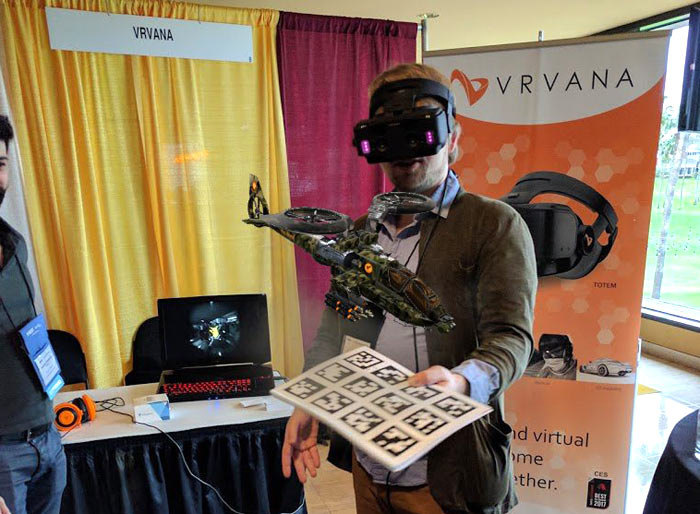 Vrvana's unreleased Totem headset teased the provision of 'extended reality' which utilised key tech from VR and AR on a single headset. The mixed reality prototype "relied on several forward-facing pass-through cameras to replicate the outside world on its OLED displays inside the headset," reports TechCrunch. Furthermore, the device provided 6DoF tracking while also using infrared cameras to track a user's hands. Vrvana's approach meant that it could overlay full opaque objects onto reality, rather than the ghost-like projections of other headsets which can't display black. Importantly Vrvana had tackled the latency issues of such systems too, getting it down to 3ms or so. (If you want to see an earlier version of the Totem HMD you can check out the failed Kickstarter campaign page here.) 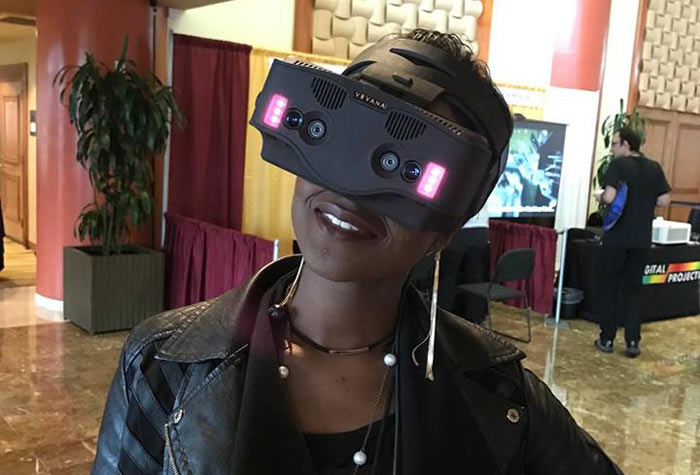 While we have some details of the Totem, it doesn't represent the full spectrum of Vrvana's activities. The Canadian startup has also contributed to projects for the likes of Valve, Tesla, Audi and others under NDA.

Other recent VR / AR industry acquisitions by Apple include SMI, an eye-tracking firm, plus Flyby Media, Metaio, and Faceshift.

So presumably now apple will ruin it and limit its use base to the apple ecosystem while presumably suing other competitors under novel interpretations of “patent infringements”.
Posted by peterb - Thu 23 Nov 2017 15:53

ik9000
So presumably now apple will ruin it and limit its use base to the apple ecosystem while presumably suing other competitors under novel interpretations of “patent infringements”.

And why would you presume that? More likely that Apple will put the capital in to develop it (and more to the point, the applications) further.
Posted by EvilCycle - Thu 23 Nov 2017 16:46
I think he would presume that because it is exactly what they will do, develop it and its applications further in a closed ecosystem that prevents a plethora of possible usage scenarios, and they will market it as if they have just invented the whole thing themselves. Apple fans will be jumping for joy and throwing money into the fire, whilst everybody else says “meh” yet again.
Posted by peterb - Thu 23 Nov 2017 17:16
As far as I know, none of the current AR systems work particularly well with Apple products so this is Apple catching up. However there is no evidence about how Apple will develop this further or whether it will be cross platform or not.

And even if they do, it is no different from the closed UWP ecosystem for Microsoft's Hololens. :)
Posted by DDY - Thu 23 Nov 2017 17:24
I'm not a huge fan of VR, not because I have anything against it, I'm just not that interested.

But, I feel that this could be a boon for consumers of VR. Hopefully this will promote competition and as we know Apple like to close themselves in, this may also promote greater cohesion between the existing VR stakeholders which at the moment is quite fragmented, for example there is scope for improved cross-compatibility and the creation of a definitive ‘non-Apple’ standard.