PC components research specialists at JPR have worked out that, in the current market, "Bots, scalpers, miners, and speculators," are draining the consumer GPU market by approximately a quarter of all available stock. Sadly, this supply / demand action encourages some of those graphics card sucking groups, but not the widely blamed crypto-currency miners, who would naturally like GPUs to be as cheap as possible.

In a blog post published on Tuesday, Jon Peddie of Jon Peddie Research, provides some background to the current situation, some reasoning about what can be observed from looking at the figures visible on the surface, and some estimates of how many consumer GPUs are getting to gamers, and how many are being used in cryptomining and so on.

It must be said that the current cryptocurrency value boom looks like it still has legs but after looking at the valuation charts more closely, it is really hard to know whether BTC/USD (for example) is currently forming a bullish pennant or approaching a bearish divergence. Then there is the economic / political pressure squeezing it one way or another to contend with…

JPR draws the previous crypto boom on a chart showing 'AIB attach rate over time' to give us some insight into what it thinks is playing out. During the previous crypto boom we saw the AIB attach rate edge over 50 per cent, and it is getting near that again. The key reasoning behind JPR's deduction is that "Miners don't buy PCs, so their AIB acquisitions don't follow PC purchases and therefore raise the attach rate. So, our model detects the dedicated mining farms." According to the researchers assumptions and calculations there were thus "approximately 700,000 high-end and midrange," graphics cards bought up by miners and speculators in Q1 2021. The market value of this purchasing power was about US$500 million, reckons JPR.

Where is the escape route from this problem? We feel that AMD and Nvidia's increased supplies of GPUs to partners haven't really helped thus far, and neither have Nvidia's LHR and CMP initiatives. The biggest and fastest change would come if cryptomining with GPUs again becomes a pointless activity - due to the economics of the situation. 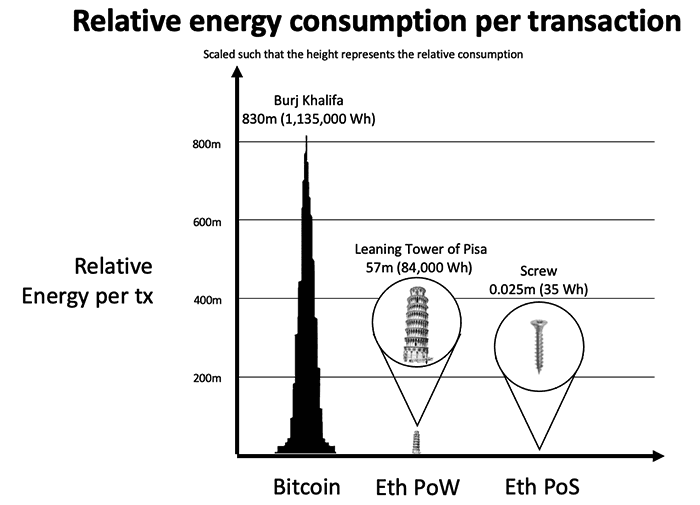 Wishing for a crypto-crash might not be a gamer's only hope though, as cheaper mainstream GPUs like the upcoming desktop GeForce RTX 3050/Ti and Radeon RX 6600 should not really appeal to miners – as long as the red and green teams commit to pump these out in great quantity. On the other side of the equation, a big change is flagged to be on its way as Ethereum transitions to 'Proof of Stake' – drastically slashing energy (GPU) use. In May, the Ethereum Foundation has signposted this change to occur "in the coming months" - sooner would be better.

Posted by 3dcandy - Wed 16 Jun 2021 12:17
I can't somehow see how this is really news. I think we ALL know this has been happening
Posted by Spreadie - Wed 16 Jun 2021 12:34
I had to check the date on this - I thought a glitch in the matrix had unearthed an old hidden post.
Posted by Spud1 - Wed 16 Jun 2021 13:23
I still don't buy this tbh, it just doesnt make the economic sense for most miners to buy the latest generation of GPUs…the efficiency isn't there at commercial scale (but they are great for gamers who want to mine overnight!)

Just looking today, mining Ethereum and assuming you have your own large pool of cards, an RTX3090 will net you around $7 per day, before any electricity/running costs. A Radeon VII will net you around $5.50 for a MUCH lower up front cost. I can buy one of those today, and the profitability is actually near enough on par with a 3080/90 when you take power usage into account.

I shouldn't even mention the 6800/6900 which only make around $3 a day per card…and they are just as hard to find as the Nvidia options.

Sure, there are miners who will buy the cards, use them whilst the price increases and then sell them on, but the evidence just isn't there that crypto miners are buying most of the stock and driving the demand. It's interesting in itself that this research lumps in Bots/Scalers AND miners all together - I would wager that Bots & Scalpers (one and the same thing in most cases!) are the real issue here, not the crypto world.

To be 100% clear I don't mean to imply that mining has no impact or that no cards are heading that way - a significant number is - but I just don't buy that it's the root cause or even the biggest influencer on the availability of the latest generation of cards.

edit: One source to show the profitability is whattomine - take a look here and have a play. It's pretty accurate in my experience but you do need to account for pool vs solo vs commercial mining difference in block rates etc https://whattomine.com/coins
Posted by kalniel - Wed 16 Jun 2021 13:31

Spud1
To be 100% clear I don't mean to imply that mining has no impact or that no cards are heading that way - a significant number is - but I just don't buy that it's the root cause or even the biggest influencer on the availability of the latest generation of cards.

Well it's not - according to the headline, even together with bots and scalpers, it's only accounting for a quarter of purchases.
Posted by g8ina - Wed 16 Jun 2021 13:34
and Im still none the wiser as to wt* is going on !!