At the start of the week HEXUS wrote about the Google Android software license being taken away from Huawei. In brief this meant that Huawei would lose access to Google Android, updates, and Google apps. Existing users would still get updates to their core Google apps but wouldn't be able to receive any more OS feature and security updates. Obviously this action would be disruptive to Huawei's business, particularly outside of China. Shortly after the Android bombshell we learned that hardware makers such as Intel, Qualcomm, Xilinx and Broadcom had been given notice to not work with Huawei either. Huawei spent $11bn on components from US firms last year and half of its smartphone sales are outside of China. 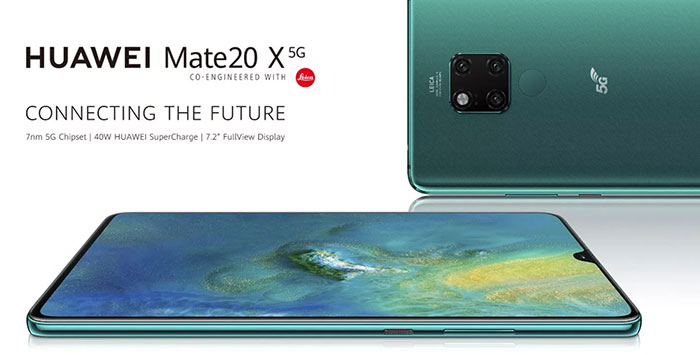 Yesterday the pressure on Huawei eased off a little, as the US Commerce Department announced it had granted a 90-day license for mobile phone companies and internet broadband providers to work with Huawei to keep existing networks online and protect users from security risks. As CNBC reports, this allows Google to send software updates to Huawei phones which use the Android OS through to 19th August.

Today there might be an even more serious threat to Huawei's business. It has emerged that Arm staff have been sent a memo telling them they must suspend all business with Huawei. Arm is said to be affected by the US ban on dealings with Huawei as its chip designs contain "US origin technology," according to the BBC, which saw the memo.

An analyst speaking to the Beeb said that he thought the withdrawal of Arm co-operation would be an "insurmountable" blow to Huawei's business if it was sustained in the longer term. Regular HEXUS readers will know that Huawei designs its own HiSilicon Kirin processors but they are based upon Arm designs, for which it pays a license fee. Neither Arm nor Huawei has provided comment on these latest developments. 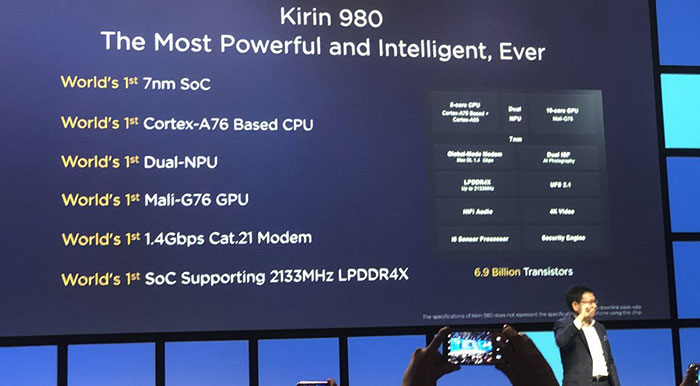 Arm China must too follow the enforcement of the ban, even though as per Chinese law it is 51 per cent Chinese investor owned (with a 49 per cent stake held by Arm Holdings). Last year Arm China was setup to develop, sell and offer support for its products in the region. Another victim of the ban is likely to be the planned new Huawei research centre, only 15 minutes from Arm's headquarters in Cambridge.

One must remember that these trade and collaboration bans don't just affect Huawei, they could also have serious consequences on the levels of income for the likes of Arm, Intel, Microsoft, AMD, Alphabet, Broadcom and others.

Huawei has reportedly stockpiled enough components to keep it going for somewhere between three months to a year.

Posted by Ozaron - Wed 22 May 2019 13:06
Okay, what? Who sent said memo? The US Gov? What right does the US have to block a UK firm from trading with someone they choose? I guess they could ban Arm, and then lose all of Arm's business?
I'm sure that would be great for American tech.

None of the bans are based on anything other than accusation, so to reach this far I think is beyond stupid. US's ego is so big it can't even see its own boots anymore.

Ozaron
Okay, what? Who sent said memo? The US Gov? What right does the US have to block a UK firm from trading with someone they choose? I guess they could ban Arm, and then lose all of Arm's business?

Same sentiment but ARM was purchased in 2016 (iirc) by Softbank of Japan (foolish move to allow it imo, as we've basically lost our fall back cpu manufacturer if we ever need one).

Japan is VERY friendly with USA so while the US ban is basically screwing companies over the odds are that ‘everyone’ linked with the US will follow suit at some point, the UK already started with the networking gear ‘block’.

I wouldn't go as far as to say it's the US's ego that's the issue here… I'd say it's Trumps.
Posted by [GSV]Trig - Wed 22 May 2019 14:06
How much longer will Trumps reign of stupids continue?
Hoe many smaller companies will go under due to this stupid trade war he's kicked back into the foreground…
Posted by fmq203 - Wed 22 May 2019 14:14
Honestly, I hope this blows up in the face of USA. They need to learn a lesson, they can't do whatever they want.
Posted by DanceswithUnix - Wed 22 May 2019 14:27
The ARM cores themselves probably aren't much of a long term obstacle. China has CPU design skills which I suspect the Chinese government would be happy to put to use to bash the west with. Adapting the Loongson cpu from MIPS (which is probably still blocked by the US) to the open source RISC-V instruction set shouldn't be that hard.

GPU is probably harder, I don't know how they would replace Mali at short or even medium term.