AMD builds this GPU out by going to a smaller die that, on paper, is the recipient of quite a few cuts. The silicon cleaver falls hardest on the memory subsystem as AMD markedly reduces the size and speed of the Infinity Cache and goes narrow on the traditional bus width. Helping ameliorate performance concerns is a 2,048-core processor block clocked in lovely and high.

Our numbers intimate that a partner-overclocked RX 6600 XT performs closer to the rival RTX 3060 than the more powerful sibling, RTX 3060 Ti. As such, evaluated purely on SEPs and with due knowledge that Nvidia's raytracing and framerate-boosting technologies are more mature, and performance tends to be more predictable at higher resolutions, it's very difficult to justify the RX 6600 XT's $379 price tag. $300 and we're talking.

On a final note, PowerColor does okay with the Red Devil implementation. Outstanding temps and low noise are matched by decent overclocking, though the lighting could be be better and the second power connector is unnecessary. 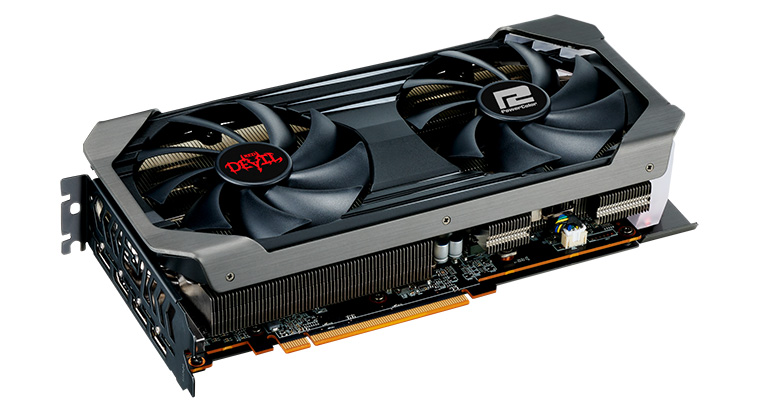 The reviewed card is now available from Scan Computers.

Its not even any more efficient than an RTX3060TI? Very dissapointing for a 128 bit memory controller.
Posted by CAT-THE-FIFTH - Tue 10 Aug 2021 14:30
Someone pointed this out on OcUK forums:

Its not even any more efficient than an RTX3060TI? Very dissapointing for a 128 bit memory controller. 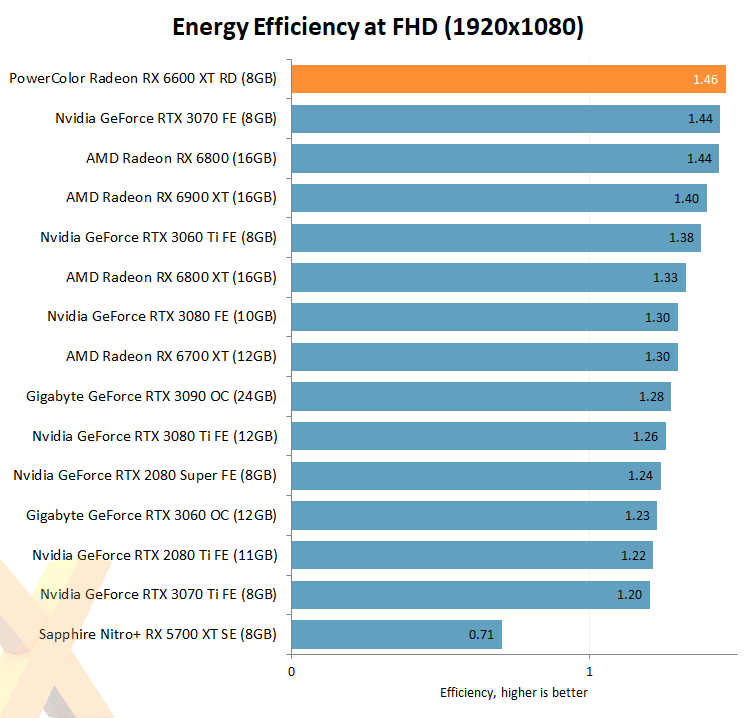 I think there's some important differences in methodology here

TSMC 7NM is also much better than Samsung 8NM,so these GPUs look like they are probably lower grade ones,which are not used in laptops.

The few reference boards which were tested seem better,but you can't buy those at retailers. Even if you could,AMD does not consider the UK an important enough market like Nvidia does,so won't ship reference models here.

What we get is all the runt GPUs in AIB designs,overvolted to the max so AMD can try and justify the ripoff pricing. You even get less VRAM than the Nvidia competitor.

Its game over for this if Nvidia decides to launch an RTX3060 Super 6GB,with the missing shaders of the laptop models.

Even HUB who likes AMD,called this “AMD's Turing moment”.

Source for both: talked to ASUS USA directly