...AMD must be congratulated on extracting a heck of a lot within a limited time frame.

AMD's GPU engineers and architects had the tough remit of doubling the performance of last-generation RDNA graphics without the benefits of a process node shrink and grounds-up redesign. To achieve this goal without excessive board power, performance-per-watt had to be improved by over 50 per cent, which was no small feat.

Big Navi achieves this lofty aim by incorporating a number of smarts into a base architecture that's not much different from RDNA 1. Higher frequencies and smoother pipelines certainly help, but the key contributor to the all-important performance-per-watt metric is the introduction of Infinity Cache, which takes much of the focus and power off the board memory subsystem. Clever.

The net result of these changes is performance that is indeed up to twice the previous generation, so AMD must be congratulated on extracting a heck of a lot within a limited time frame. Putting numbers into real-world context, the Radeon RX 6800 XT is about as fast as Nvidia's admittedly impressive RTX 3080. RX 6800, meanwhile, improves upon the RTX 3070's numbers by 10 per cent or so. AMD stands tall against Nvidia's flagship GPUs of 2020.

Framerates are such that both of these new Radeons can be considered excellent rasterisation solutions at QHD and, mostly, at UHD, which is not something we've been able to say before. Smart Access Memory helps boost framerates further when used alongside Ryzen 5000 Series CPUs, and recommended pricing is competitive against the green team's premier solutions. Putting another tick in the positive column is the heightened build quality and quiet operation of reference cards.

One can infer that being in both the latest-generation consoles with derivative RDNA 2 architectures can only help these and future Radeons do well in big-name ports. Content is king, after all.

Yet it is not all good news. AMD's hardware-based ray tracing capabilities are about half that of Nvidia RTX, there's no current competitive solution to GeForce's framerate-enhancing DLSS or Broadcast streaming technologies, and we expect there to be a severe shortage of stock today, pushing up pricing of the few available units.

It was wishful thinking to presume Radeon would demolish GeForce in the premium end of the market. RX 6000 Series ultimately serves as a genuine, viable competitor to RTX's high-end dominance over the last two years.

We feel Nvidia's RTX 30 Series remains the most complete solution right now, but let's make no bones about it, AMD is certainly back in the high-end PC graphics game with Radeon RX 6000 Series. Roll on RDNA 3. 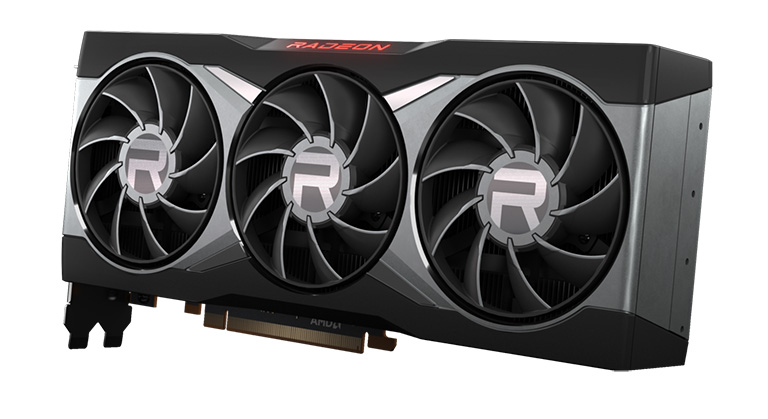 Posted by afiretruck - Wed 18 Nov 2020 14:11
Good grief. Just tried to get one, saw them briefly in stock then gone before I could go from basket to checkout! I was not expecting the stock situation to be as bad as NVidia's, but hey-ho.
Posted by CAT-THE-FIFTH - Wed 18 Nov 2020 14:19
I started the review thread here:
https://forums.hexus.net/graphics-cards/422959-rx6000-series-review-thread.html
Posted by FRISH - Wed 18 Nov 2020 14:21
It's nice to see AMD have more competitive products in the GPU market. It is a shame that ray tracing performance isn't as good. Still for those who care more about performance in general and want enough memory to last longer, they seem to be good options.
Posted by Percy1983 - Wed 18 Nov 2020 14:32
Looking good to see AMD back in the top end of the table (even on top with some games). Competition has returned. Even Nvidia fans need to thank AMD as the 3080 would have been £1500 without it.

afiretruck
Good grief. Just tried to get one, saw them briefly in stock then gone before I could go from basket to checkout! I was not expecting the stock situation to be as bad as NVidia's, but hey-ho.

Scan seem to be saying they aren't doing a pre-order backlog like they've done the AMD 5000 CPUs and Nvidia 30xx series, instead they will be selling stock as and when it comes in.