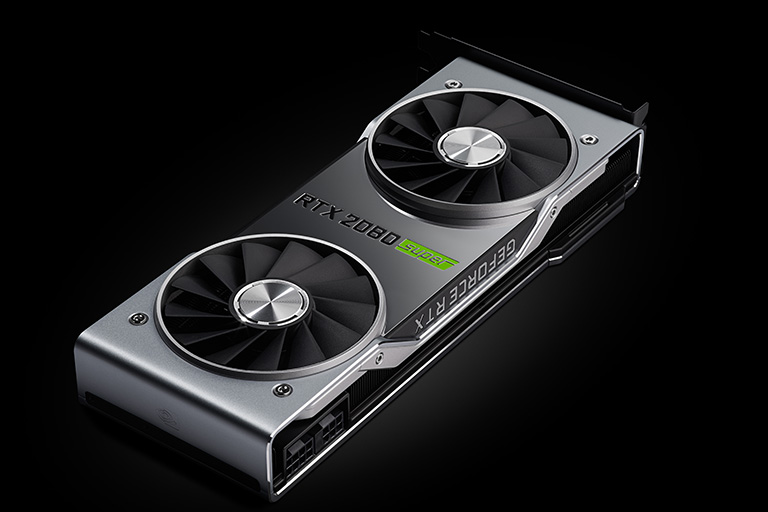 It won't have escaped your attention that Nvidia exercised one-upmanship by bringing a trio of 'Super' RTX cards to public attention days before AMD released brand-new Navi-based Radeon RX 5700-series GPUs of its own.

Super cards effectively improve upon their otherwise namesake predecessors by having more cores, higher frequencies and, for the RTX 2060, more memory, all the while keeping prices either the same or reducing them for in-house Founders Edition models.

Take the GeForce RTX 2070 Super as an example. It's 15 per cent faster than the non-Super yet the FE card costs $100 less. Enough progress in nine months? You decide.

Performance and pricing of RTX 2060 Super and RTX 2070 Super is old news, yet Nvidia purposely held back reviews of the RTX 2080 Super until today, three weeks on from launch.

Priced at $699 for the Founders Edition model, with partner cards likely costing up to $100 more, depending upon cooling and positioning, let's recap what makes this model 'Super', then evaluate its performance against a bunch of high-end cards.

Aficionados of consumer graphics cards have understood that, when GeForce RTX launched last September, there was a large performance and financial gap between the RTX 2080 and the Ti. Why? Because the latter, being the absolute performance champ, used a different, bigger die that excelled in oomph, especially at 4K.

So how to improve the base RTX 2080? Nvidia could have released a cut-down version of the TU102 silicon powering the Ti model, but that would constitute a very expensive method by which to position the second-rung card.

As a result, compared directly against the regular RTX 2080 Founders Edition, clocked in at very similar speeds, RTX 2080 Super has about five per cent more peak GFLOPS - 11,151 vs. 10,598 - but Nvidia knows that isn't enough of an uplift to be deserving of the Super moniker.

This is why the memory speed also gets a healthy increase. RTX 2080 Super uses GDDR6 modules rated at 15.5Gbps instead of the common 14Gbps seen elsewhere on RTX, translating to an additional 10.7 per cent of bandwidth. Increasing cores and utilising faster memory bumps the overall board power to 250W, mind.

One can therefore expect between five and 10 per cent extra performance over regular RTX 2080 Founders Edition, bringing it marginally closer to RTX 2080 Ti, which will remain unchanged and unchallenged this year as the best-in-class GPU.

This bit of extra performance is, for the Founders Edition, accompanied by a price snip, from $799 (£749) to $699 (£669). Such a move puts partner RTX 2080 Super cards into an ever-tightening spot; they need to beat the performance of the FE card without, ideally, costing much extra. Similar to the other two Super models, Nvidia's decision to restrict FE pricing to base levels does its cohort of partners zero favours.

The card itself carries the same central mirror finish and green Super branding as the RTX 2070 and RTX 2060 duo. Other than that, it is identical to the RTX 2080, right down to the 8+6-pin power arrangement, a trio of DisplayPort, single HDMI, and USB Type-C which carries the VirtualLink specification.

Being a Founders Edition card, it occupies a strict two-slot form factor, is mercifully free of RGBs or superfluous lights except for the regular green-LED GeForce (RTX) logo on the side. On the rear, a second-generation NV Link is hidden underneath a plastic cover that matches the rest of the heatsink. And it's a weighty bit of kit, tipping the scales at 1,280g.

An interesting question is what card(s) does the RTX 2080 Super compete against? The obvious answer would be the AMD Radeon VII, priced at similar levels, though it is now considered end-of-life due to the arrival of the Radeon RX 5700-series.

Does it matter? For those spending this kind of money, they want superlative performance at QHD and the ability to play the latest games at 4K. Let's find out if the RTX 2080 Super is up to the task.