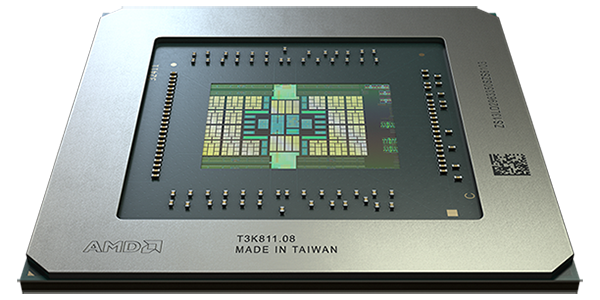 "My money's going to AMD for the next round of GPUs." We've heard that sentiment echoed countless times in recent years, and it seems AMD doesn't need to produce a spectacular product; fans and gamers in general are so starved of genuine competition that they'd be quite happy to see a Radeon that's simply decent on all fronts.

Radeon VII, RX Vega, RX 580, RX 480, R9 390X, R9 Fury X, R9 280, to name but a few, have all turned out to be damp squibs in one way or another, and you probably have to go right back to the tail end of 2011 for the last truly compelling Radeon graphics card, the HD 7970, which at the time ruled the single-GPU performance charts, knocking the GeForce 580 down into second place.

The big question on everyone's lips since the unveiling of AMD's 7nm Navi architecture last month is whether or not the resulting Radeon RX 5700 XT and RX 5700 would be worth buying. Appreciating that you're eager to see the benchmark numbers, let's quickly recap the vital specifications and architecture enhancements, take a look at the cards themselves, and then move on to the all-important results.

First impressions tend to be one of "is that it?" A total of 2,560 stream processors on RX 5700 XT's full implementation of the first Navi die doesn't quite fill the heart with hope, and even when you do the calculations, peak GFLOPs throughput pales in comparison to previous-generation cards.

But don't be too hasty. Let's face it, does anybody actually want to see another AMD attempt at keeping up with the competition through sheer muscle alone? Navi, and the new RDNA architecture, is all about streamlining and doing more with less. Expensive HBM2 memory? Gone, in favour of readily available GDDR6. Dedicated ray-tracing hardware? Nowhere to be seen. On the contrary, a die size of 251mm², made possible by the TSMC 7nm manufacturing process, makes this a relatively lean AMD chip, and power requirements of 225W and 180W, respectively, for the first two Navi products, is a step in the right direction when it comes to efficiency.

The second card, RX 5700, sheds four of the 40 available compute units, resulting in processor count falling to 2,304, while the number of texture units drops from 160 to 144. Both models feature 64 ROPs and a 256-bit interface to the 8GB GDDR6 frame buffer, operating at a standard 14Gbps. Nothing out of the ordinary, though AMD has managed to elevate frequencies when compared to Vega. RX 5700 XT can boost up to 1,905MHz, with RX 5700 slotting in at 1,725MHz, but in response to the fact that Radeon boost frequencies are rarely observed in the real world, AMD has also moved to introduce a new metric dubbed the Game Clock.

As the name suggests, this is the estimated speed AMD reckons you'll see in-game, and the reported figures of 1,755MHz and 1,625MHz, respectively, are just a fraction lower than the speeds we've witnessed during our own benchmarks. One other interesting tidbit when it comes to frequencies is that a special Radeon RX 5700 XT 50th Anniversary Edition will also be made available at launch. Finished with gold accents on the cooler, said card ships with a heightened game clock of 1,830MHz, but will arrive with a $50 premium, taking total cost up to $449.

Elsewhere, both RX 5000 Series cards offer compatibility with PCIe Gen 4. Our initial in-game testing on Ryzen 3rd Gen has shown no meaningful benefit in today's games, but doubling card-to-system bandwidth from 16GB/s to 32GB/s is no bad thing, particularly for content creators or prosumers tasking the GPU with huge amounts of data. We'll be exploring the potential real-world benefits of PCIe Gen 4 at a later date.

Right now, we reckon AMD has, for the most part, taken the right approach with the world's first Navi GPUs. A leaner, more refined architecture is the star attraction, and though these first RDNA cards aren't a threat to Nvidia's chart-toppers - RTX 2080 Ti is in another league - we're told to expect healthy mid-range competition. According to AMD, RX 5700 XT is said to be roughly six per cent quicker than last year's RTX 2070 at a QHD resolution across a range of modern titles, while RX 5700 is thought to best RTX 2060 by around 11 per cent.

Trouble is, the goal posts have moved with the introduction of Nvidia's RTX Super graphics cards earlier this week, and given the current state of play, AMD has had to quickly adjust launch pricing just 48 hours prior to release. We can confirm that the original price points were $449 for the RX 5700 XT and $379 for the RX 5700, and though we wondered if yields on the 7nm fab were mature enough for price cuts in the weeks following launch, it turns out we've not had to wait at all; AMD is going-in aggressive. $399 and $349 is a fairer reflection of where the cards sit in the current landscape, so without further ado, let's revisit the RDNA architecture, examine the cards themselves, and then get benchmarking.