One can still make a tenuous case for 10900K based on it moving the Core performance needle to the right; it's plain faster than last-gen's Core i9-9900K.

Intel's response to the AMD Ryzen onslaught has been to leverage existing technology and fabrication capabilities in a way that better enables it to compete at various price points of the mainstream consumer market.

Three aspects are apparent immediately. The underlying Comet Lake architecture and refined 14nm process are all that Intel is able to achieve in the short term. On a marketing front, there's clarity between Core families. Intel's decision to shoehorn a greater number of cores results in a new form factor known as LGA 1200, which in turn requires immediate investment in a Z490 motherboard.

Core i9 sports 10 cores and 20 threads for the first time on a mainstream processor line-up, and combined with solid frequencies enables the range-topping 10900K to ensconce itself between AMD's Ryzen 7 and Ryzen 9 chips from a multithreaded angle, beat them in light-load tests, and offer a modicum of extra grunt in low-resolution gaming that quickly evaporates as the image detail is ramped up.

Priced at around £500, the Core i9-10900K's clear competitor is the Ryzen 9 3900X, which is still 15 percent cheaper, offers PCIe 4.0 compatibility, chews through less power, and crucially for some, can be used on older, cheaper boards that also support the 16-core 3950X. The best mainstream Core i9 is therefore only a reasonable chip, yet appreciating the absolute need for a new motherboard it only makes sense as part of a brand-new build rather than an upgrade to an existing machine.

One can still make a tenuous case for 10900K based on it moving the Core performance needle to the right; it's plain faster than last-gen's Core i9-9900K(S), and Intel enthusiasts will likely lap it up even if it cannot outmuscle the 12-core Ryzen 9 3900X in heavily-threaded applications.

Though Core i5 moves over to a 6C12T design, and today's 10600K is faster than the 9600K it replaces by a reasonable margin in some applications, the £270 street price makes it significantly more expensive than rival Ryzen 5 3600X - more so when the higher cost of Z490 or upcoming H410 is taken into account, as it must. It's effectively an overclocked Core i7-8700K from almost three years ago, so we look upon it less favourably in the wider context.

Bottom line: The Core i9-10900K is sure to fire the interest of the ardent gamer and content creator, though given what's on offer from AMD Ryzen, it's not the great leap forward that 10th Gen branding deserves. 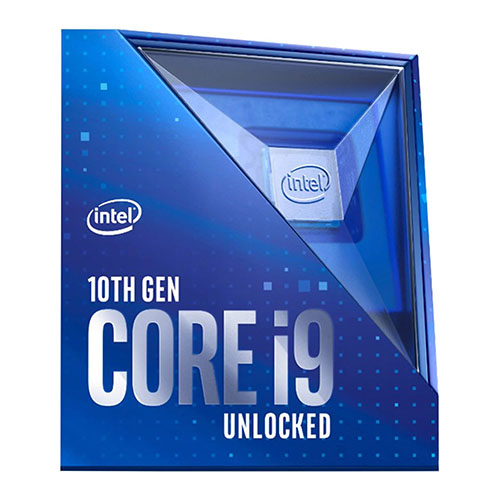 lumireleon
how comes during gaming the 10900k uses less power than the 12 core Ryzen??

Yeah. Weird one that.
less cores/turbo features in use?
It would've been useful to see the temps when stressing the setup too.

Still, in all…a decent performance from the new gaming top-dog, considering it's on an old process.
But still far too expensive, given you are essentially building a whole new system - An expensive one at that.
Posted by Terbinator - Wed 20 May 2020 14:46
That Multi-threaded power draw 🙈

lumireleon
how comes during gaming the 10900k uses less power than the 12 core Ryzen??

Could be to do with the game they're using not pushing the 10900K hard?
Posted by Helios451 - Wed 20 May 2020 14:46
So, Intel have a range of pretty capable CPUs built on old technology, squeezing out all they can at the expense of high manufacturing costs and power hungry processors. A bit like the 1970 Ford Capri brought out to compete against the Porsche 911. Certainly very good in some areas, but under the bonnet not ground breaking or innovative and just not of the same world. With Zen 4 at 5nm coming maybe 2022, this is surely underwhelming from this mighty company?
Posted by Thorsson - Wed 20 May 2020 14:54
Looks like a generation to miss.