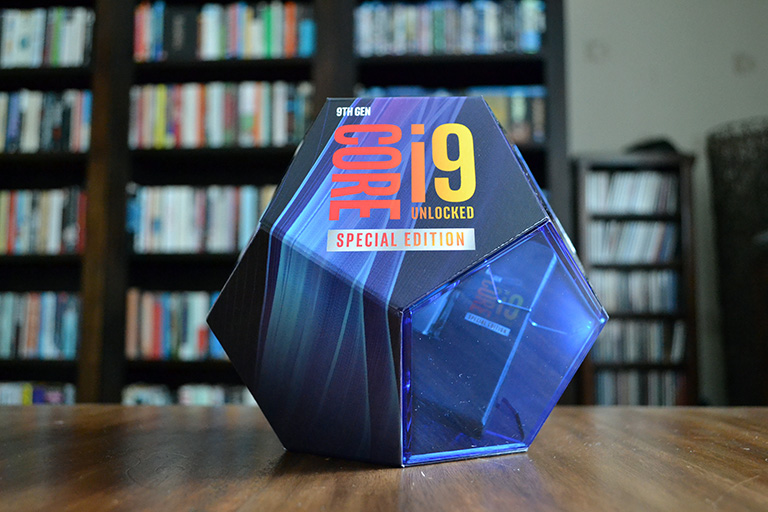 Up until March 2017 it used to be easy to decide on which CPU you wanted for that premium PC build. Hobson's choice meant that, for the vast majority, a particular Intel processor was the way to go. AMD's Ryzen, progenitor to subsequent generations, changed the landscape irrevocably.

Intel, however, has not stood absolutely still, upping its game by releasing a Core i9 raft of chips designed for top-tier performance. At the mainstream level, where Core does battle with Ryzen, the current champion is the 9900K from October 2018, and though it falls short on core-and-thread muscle compared to AMD's finest, brought into sharper relief with the availability of the 12-core Ryzen 9 3900X, Intel still holds a lead in gaming throughput and, absolutely subjectively, general system responsiveness.

The chip giant's travails in moving to a 10nm process node are well documented - rival AMD is on 7nm, thanks to TSMC's engineering efforts - resulting in multiple delays and finessing of its product roadmap. Though there's plenty of reason for optimism in 2021 as new microarchitectures and processes combine, the near-future outlook for the mainstream PC enthusiast remains subdued.

It is to this context that Intel releases its fastest-ever mainstream desktop processor. Usurping the Core i9-9900K is, a year later, the Core i9-9900KS. Let's see what it's all about in the specification table.

Core i9-9900KS - more of the same, but faster nonetheless

In the same time that AMD has introduced its latest Zen 2 microarchitecture and expanded the core-and-thread footprint of its mainstream performance processors from 8/16 through to 16/32, Intel responds by increasing the frequency of the extant 8C16T Core i9-9900K. Available in limited quantities and backed by a single-year warranty, the new KS chip is positioned as a gaming goliath first and foremost.

The nitty-gritty is that the base speed increases from 3.6GHz to 4.0GHz. More pertinent to the enthusiast, the all-core frequency jumps from 4.7GHz to 5.0GHz, hitting that seminal number on air. It's not lost on us that Intel's KS chip's release harks back to the way AMD itself drew attention to its end-of-the-line Bulldozer architecture when it released the limited-edition Centurion FX processor in 2013.

Other than the headline-grabbing frequency, the Core i9-9900KS toes the Coffee Lake line by integrating UHD 630 Graphics, harnessing dual-channel DDR4-2666 memory, and running in the same LGA1151v2 socket as all other Core 9000-series chips.

It's worth knowing that the KS will work on most Z370 and all Z390 chipset-based boards via the relevant BIOS update. It ships without a cooler, keeping in line with recent tradition, and is available from today priced at $513 (£500+).

Intel has achieved the all-core 5.0GHz speed by selecting the very highest-performing 14nm Coffee Lake silicon and then letting it breathe by increasing the TDP from 95W to 127W. 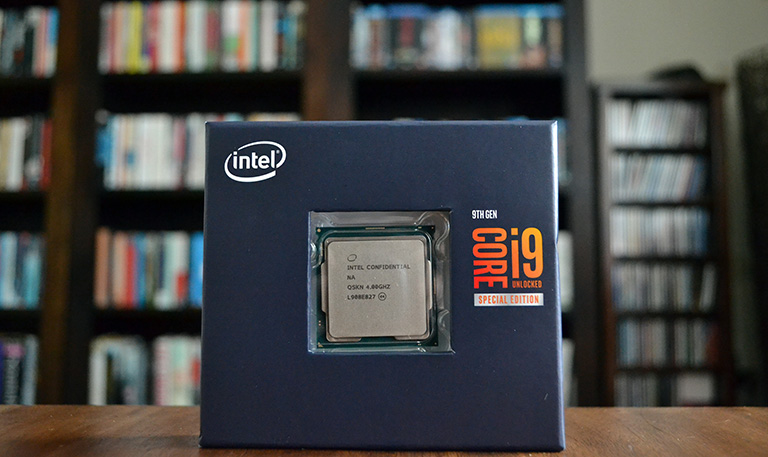 In praxis, there's a bit more to it than that, and it all has to do with power levels and how motherboard BIOSes interpret what speed/voltage the processor ought to run at.

You see, Intel desktop chips have a long-term PL1 (Power Level One) state that generally adheres to the maximum TDP, in this case 127W. There's a shorter-term PL2 state, usually instigated from idle, that exceeds PL1 and delivers the most amount of possible performance for a short time. The gap between PL2 and PL1 is known as the Tau, and the longer the gap, the longer the chip stays in a PL2 no-holds-barred state.

All good and sensible, right? The problem is that PL1 is no guarantee that the chip will achieve the full-on (AVX active) 5.0GHz at all times, and just how the various power-level states are applied is down to how Asus, MSI, Gigabyte, et al, set up their respective BIOSes.

One can have quite different results on two, or more, boards that apply automatic settings, therefore, and achieving a long-term 5.0GHz all-core speed means the BIOS probably needs to override the PL1 (TDP) state and let the CPU run effectively unrestricted, giving it whatever voltage it needs to maintain Intel's lofty clocks.

The upshot is that, run this way, which our sample chip does indeed do with the latest BIOS on an Asus Z390 board, means the 127W TDP is rendered meaningless; the processor uses considerably more power to achieve the rated speed, closer to 150W in our estimation. It's still running in-spec, per se, but not at 127W. Still, even a 150W TDP is easy power delivery for any decent motherboard.

This point, which is also applicable to the regular Core i9-9900K, is important to know because it has direct ramifications for heat, cooling, and overclocking potential. In contrast, AMD's Ryzen processors tend to maintain their spec speeds without busting through the long-term TDP threshold.

Speaking again of the competition, AMD, at the same price point, offers 50 per cent more cores and threads, faster memory support, albeit lower boost frequencies and no on-board graphics. One would expect Intel's KS to dominate the light-load tests, fall some way behind proper multi-threaded applications, and assert its hegemony in lower-resolution gaming, especially when running with a card like the Nvidia GeForce RTX 2080 Ti.

Being fair to Intel across the performance space, its recently-announced 10th Gen Core X-series, based on Cascade Lake-X, released next month, is set to provide much sterner multithreaded competition for AMD's premium Ryzen and Threadripper chips.

Back on point, cranking up all cores and threads to 5.0GHz represents a fitting last hurrah for the Coffee Lake architecture. Let's now see just what it can do in our benchmark suite.