...excellent performance, simple installation, and the peace of mind of a five-year warranty.

Corsair is updating its popular range of Hydro Series coolers with the addition of the H100i RGB Platinum and H115i RGB Platinum, priced at £125 and £140, respectively.

Offering much of what's good about the Hydro Series range, the coolers offer excellent performance, simple installation, and the peace of mind of a five-year warranty.

The improvements for this latest generation include an optimised cold plate, a near-silent pump and RGB fans included as standard. Like most in this arena, Corsair is putting an emphasis on illumination, and for those hoping to build a rig that will dazzle, there's now a seemingly infinite number of effects thanks to individually addressable LEDs that are easily customised via the iCUE software utility. 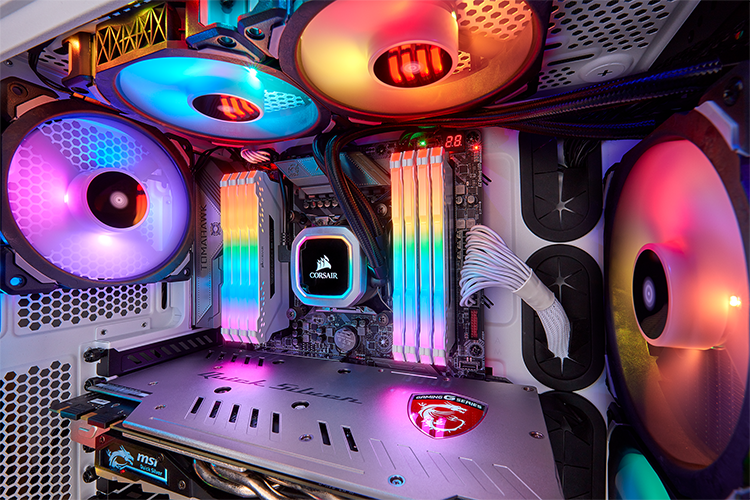 Posted by Noxious89123 - Tue 06 Nov 2018 20:32
Why no figures for the Fractal S36? Seems a bit unfair to compare multiple Corsair products, but only the smaller of the two Celsius S coolers. The S36 comes in cheaper than Corsair's offerings, with the same 5 year warranty. Other reviews suggest it's a very quiet cooler, and better than most other AseTek based coolers, as Fractal Designs have put more of their own design into it.