Sir Clive Sinclair, the famous inventor and home computing pioneer, has died aged 81. The BBC reveals that Sir Clive passed away on Thursday morning, while at his London home, and that he had been fighting cancer for over a decade. Despite his long illness he was still working on inventions up until last week, "because that was what he loved doing", said his daughter Belinda Sinclair. 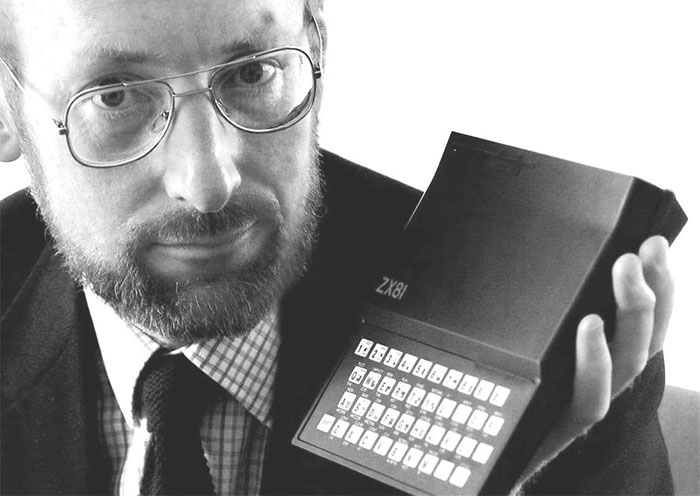 I'm pretty sure Sir Clive Sinclair and his achievements are very familiar to the core HEXUS readership. As a UK-based computer news site, our very existence might owe quite a bit to Sinclair, as a home computer pioneer. In February 1980 Sinclair launched the ZX80 home computer for £79.95 in kit form and £99.95 pre-built. The machine was built around a Z80 CPU @ 3.25MHz, and had 1kB of RAM and 4kB of ROM, but no sound. Even better for accessibility was the built-in RF modulator, meaning no monitor hardware was required to create a home computer setup. This was amazing at the time as contemporary pre-built computer systems of similar computation power could easily cost £500 or more.

In 1981, the ZX81 was launched at £49.95 in kit form, and £69.95 pre-built – just in time for a BBC TV series about computing and programming. It was largely the same computer as the ZX80 but refined for manufacturing and cost – with significant cost savings made by smart component integration. While its predecessor used 21 TTL chips and a Z80 CPU, the new model used just four chips in total (including the Z80, but a little faster @ 3.5MHz). The first wave of home computer enthusiasm and accessible pricing made the ZX81 a huge success, with 1.5 million units sold in the US, for example, with the added Timex branding. 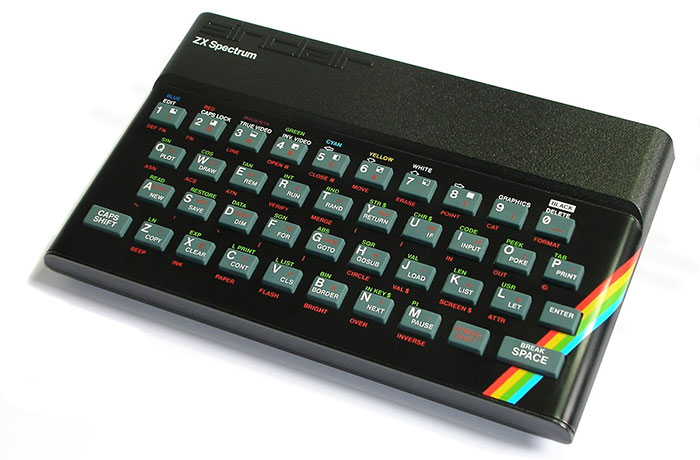 Things progressed fast in the early 80s and in April 1982, Sinclair's legendary ZX Spectrum home computer debuted at £125 for the 16kB RAM version and £175 for the 48kB version. As well as the much more generous amount of RAM on board, the Spectrum's 256×192 display offered games and applications in 15 shades (seven colours with two brightness levels plus black), and there was built-in sound. However, the machine kept the Z80 processor @ 3.5MHz.

There were many versions of the ZX Spectrum after the initial launch, with more memory (up to 128kB RAM), built-in tape and even floppy disk options, but the last new home computer from Sinclair before it was bought out by Amstrad (for £5m, in 1986) was the upmarket Sinclair QL. The 'Quantum Leap' in computing power represented by the initials came from the QL being powered by the 7.5MHz Motorola 68008 (a Motorola 68000 CPU with 32-bit internal data registers, but an 8-bit external data bus). It also featured 128kB of RAM as standard (upgradable to nearly 1MB), twin microdrive storage, RS-232, network, joystick, and other ports, and could drive up to 512×256 colour graphics.

As well as the home computers outlined above, Sir Clive pioneered some other important electronic gadgets; the first slim pocket calculator was launched by Sinclair in 1972, as well as some of the first digital watches and mini TV gadgets available. Some of his innovative devices were more popular than others, a statement which is crystallized by the Sinclair C5, an early EV which was expected to sell 100,000 in the first year but was sadly a flop, with the severe financial strain putting Sinclair Vehicles into receivership just 9 months after the C5 was launched.

In his most recent interviews, it was surprising to hear that Sir Clive didn't have a mobile phone / smartphone, use a home computer, or use a pocket calculator. The most techy gadget he would regularly carry was probably a slide rule.

Posted by KultiVator - Fri 17 Sep 2021 11:03
Fond memories of my ZX81 - and the 16kb RAM Pack that used to protrude from its rear end whilst typing in program listings and playing 3D Monster Maze and an early Flight Sim (from Psion I believe - who were primarily a software firm at the time).

Later in its life, a handful of ‘High-Res’ games emerged that surpassed what everyone thought was possible on the machine, such as “Forty Niner” and “Rocket Man” from Software Farm. It was a great time, where literally every new development was pioneering and innovative - so many opportunities to learn.

Miss those heady days - where home computers and software literally lined the shelves of every decent-sized branch of WH Smith and Boots.

Sir Clive was a true pioneer in the purest sense and who knows what could have been had he avoided a few of the missteps that crushed his business and ushered in the dark days of Amstrad's ownership of his IP.

The ZX81 kept me going until the C64 lured me in with it's custom graphics and audio chips - making hardware sprites, smooth scrolling, 16-colour graphics, decent 3-channel chip-music and all kinds of other wizardry possible.
Posted by Nelviticus - Fri 17 Sep 2021 11:54
Sad loss of a legend :(

I got my computing start in life on a neighbour's ZX80, then we got a ZX81 followed by a ZX Spectrum which I'd spend most of my spare hours writing games for. Now I'm a programmer and get paid to play with computers all day - thanks, Sir Clive!