After all the teasing, Microsoft officially unwrapped Windows 11 in a live-streamed presentation on Thursday. There were not a lot of surprises for those who have been paying attention to the leaks, particularly the spillage from the Windows 11 beta ISO image that began circulating last week. However, there were some welcome clarifications and nice user-centric details revealed during the presentation. Probably one of the most asked questions about Windows 11 was whether it would be a free upgrade to Windows 10 users – and yes, it is.

In brief, many of the leaked details of Windows 11 turned out to be correct – particularly regarding the look and feel of the OS / UI. In the official presentation a couple of new features shined out, for me, and they were; Snap Layouts and Snap Groups, your window layouts are recalled when you plug/unplug external monitors, and Android apps can be downloaded and run via the Amazon App Store. Additionally, Windows is friendlier than ever with a diverse array of inputs, according to Microsoft, working fluidly with mouse and keyboard, touch, voice, stylus/handwriting. 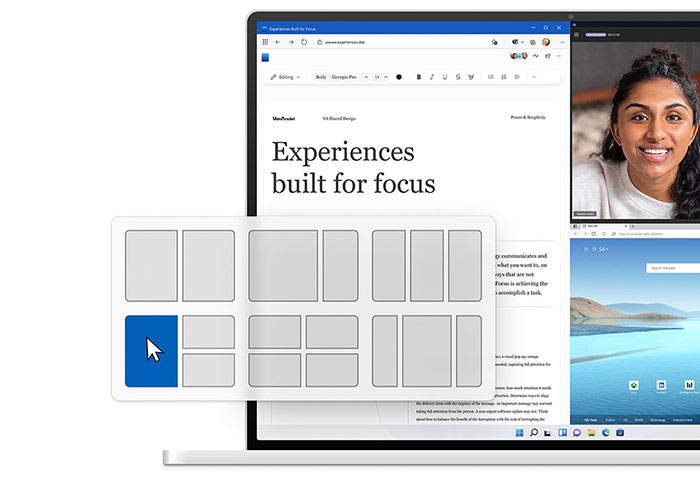 Microsoft / Xbox shared a whole blog post about why Windows 11 is the best Windows ever for gaming. Key tech introductions behind this boast include the addition of Auto HDR technology to add HDR visuals to DX11 and newer games that were previously SDR only (as long as your monitor has HDR). Another welcome gaming feature is the introduction of Microsoft DirectStorage technology, which accelerates the process of streaming content from fast fixed storage devices to graphics card memory. In performance tests of the leaked Windows 11 ISO it wasn't common to see any faster gaming performance, but the simple FPS counting gaming benchmarks wouldn't measure any experience enhancement with loading times.

Windows 11 has a set of minimum requirements that might concern some. Reading around, it sounds like many would-be upgraders will be spurned by the TMP 2.0 requirement. I just checked my laptop from 2018 and it is AOK for all requirements including that security module. However, my old desktop, which is a faster machine overall, will have to stick to Windows 10 unless Microsoft relaxes this requirement.

Wondering if you have a TPM 2.0 module in your machine? Press the Windows key + R to open Run, type in 'tpm.msc' (without the quotes), hit enter, see the resulting dialogue. If you prefer, Microsoft has made a PC Health Check app to test if your system is Windows 11 ready.

Microsoft made some interesting changes regarding the Microsoft Store. This store is going to be accepting Win32 apps, as well as UWP software. Developers will be able to sell their apps/games with a zero-rated toll, if they don't use Microsoft's commerce engine, or pay 15 per cent if they do. 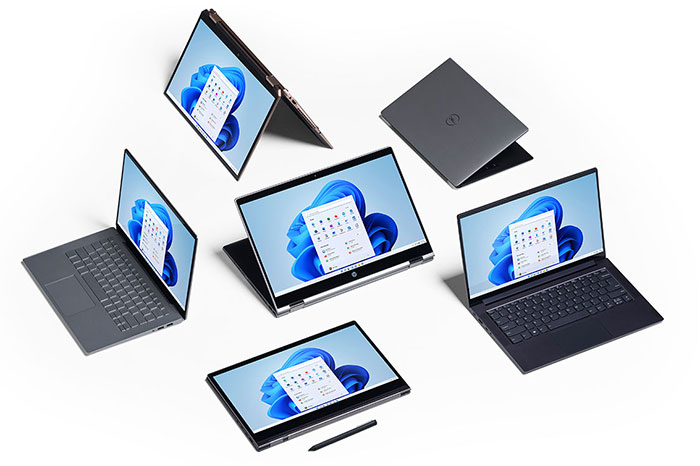 Windows 11 doesn't break away from Windows 10 in any major way, and this is probably a good move, with 1.3 billion Windows 10 users now. Its pleasant UI and usability tweaks – especially with multi-window and multi-monitor multitasking, are good to see. Meanwhile, the gaming changes might help improve the PC gaming experience for some, and the Store changes are welcome too.

Windows 11 is set to be generally available by the holiday season. Free update rollout will begin at this time and continue into 2022. Those keen on testing/tinkering/upgrading will be able to run tests builds of the new OS via the Windows Insider program, with the first such release next week.

Corky34
If that TPM requirement sticks around they can do one, my MoBo is less than 2 years old and doesn't come with TPM and I'm not about to go and buy a TPM module to attach to the header just so Microsoft can tell me what software i can or can't run on my own PC.

Some have noted that you can turn on something called fTMP / Firmware TPM in a modern AMD motherboard BIOS, or Intel Identity Protection Technology / IIPT on an Intel motherboard - and your system will then pass the Windows 11 TPM 2.0 requirement check.
Posted by Corky34 - Fri 25 Jun 2021 07:53

mtyson
Some have noted that you can turn on something called fTMP / Firmware TPM in a modern AMD motherboard BIOS, or Intel Identity Protection Technology / IIPT on an Intel motherboard - and your system will then pass the Windows 11 TPM 2.0 requirement check.

So you can, i just checked my MoBo manual and discovered i can enable/disable “TPM 2.0 function integrated in the AMD CPU”, IDK Ryzen had TPM built in.