Microsoft's Windows 11 has leaked, quite comprehensively, over a week before the heavily promoted unveiling of "the new Windows." The leak started as a trickle with a couple of screenshots posted on Baidu, but then a Windows 11 ISO leaked, and we are seeing boatloads of images, animations, videos, and sounds shared from the upcoming OS release. Seasoned Microsoft Watcher Mary Jo Foley from ZDNet confirms the leak is "legitimate" and Tom Warren from The Verge has highlighted all the new things most users will notice in a fresh Windows 11 install, coming from Windows 10. 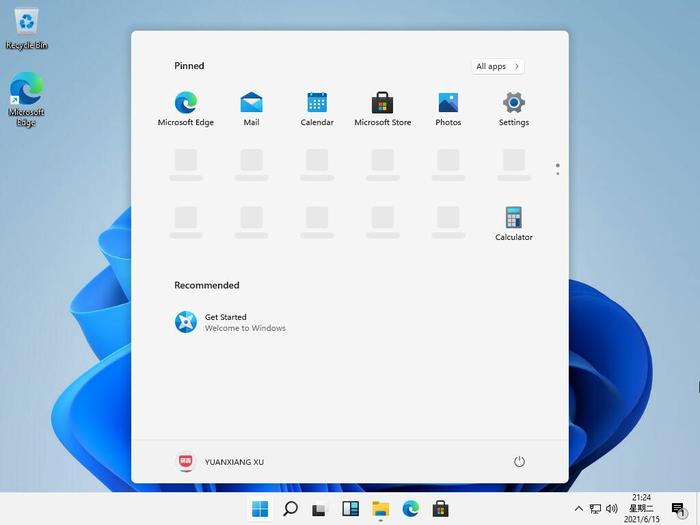 After seeing the flood of Windows 11 images appear on Twitter, my first impression is that some of the pictures look like they have been lifted from the Windows 10X news from months ago. Yes, the overall look of the UI is characterised by the floating rounded corners windows and menus, above a centralised collection of task bar shortcuts. There is an option to move the menus and icons back to the left, if you wish. Additionally, if Sun Valley is a little bright for your taste, you can quickly change that by switching to night mode. 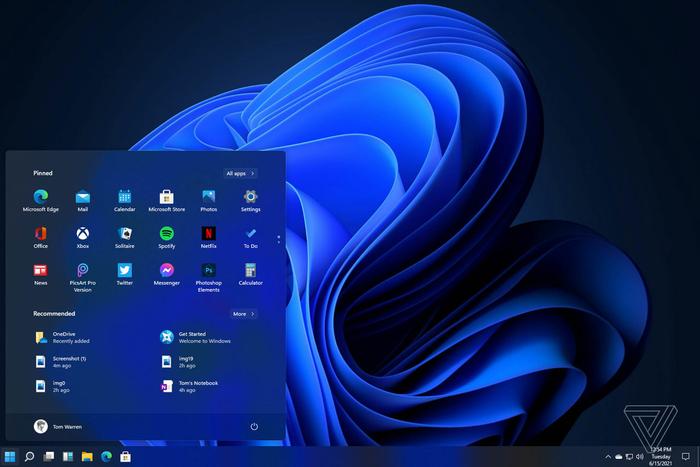 Windows 11 comes with a new logo. The skew of the window has been removed, and now we appear to be looking directly at a four pane window – you will see this change in the Start Menu button too. Once you click on the Start Menu, you will see Microsoft has cleaned up the layout and removed live tiles from the default layout, though I have seen some people put live tiles back in there already. In the final build there should be more changes and additions to the built-in apps, an aspect of this early release which seems sparse.

With the move away from Live Tiles, it looks like Microsoft is considering the return of Widgets, and some are seen in this Windows 11 Pro Build 21996.1 from the 'Cobalt' engineering branch, with Windows Feature Experience Pack 321.14700.0.3.

Some of the additions flagged for inclusion in the 'next version of Windows' are not quite there yet – namely the revamped app store which can host 'any' app including rival browsers like Chrome or Firefox. However, a new Xbox app is now integrated into Windows 11 – and this, with Xbox Games Pass subscriptions, looks like a focus for Microsoft's consumer money making plans in the coming years. 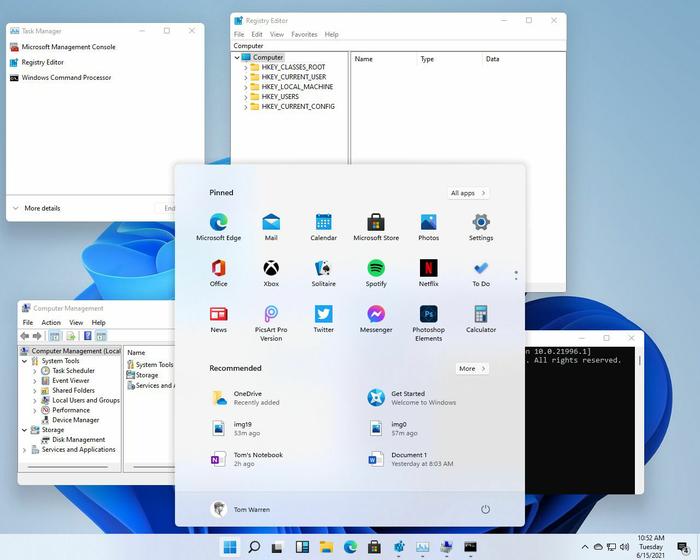 From all the images, animations and videos shared the most useful looking introduction, for me, looks set to be the new snap controls accessible from the maximise button in all Windows apps. This seems a bit more intuitive than the all apps / windows right click window arrangement offering via the taskbar in Windows 10.

Last but not least, Microsoft has seen fit to introduce a new Windows 11 startup sound, and it seems like it will be turned on by default (unlike with Windows 10).

Microsoft's official reveal of the 'next generation of Windows' is scheduled for Thursday, 24th June. Remember, the leak won't be a complete picture, but is a worthy first look.

Above: One of several Windows 11 tour videos that have been published in the last few hours.

Speaking of which, from a distance that blue Windows logo bears a similarity to the old MacOS logo.