Microsoft has published a blog post outlining its schedule for the phasing out of support for Internet Explorer 11 and Edge Legacy browsers. Alongside the outlining of its plans, Microsoft of course recommends current users of its older browsers upgrade to the new Microsoft Edge, which is based upon the Chromium web browser open source code. The move isn't merely for the sake of modernity, newer browsers support "better, more innovative online experiences," says Microsoft, as well as faster rendering and greater security.

With the above in mind, you might think this is the end for IE11 but Microsoft asserts that "IE 11 isn't going away," as it is tied to the Windows 10 product lifecycle. Thus users of legacy IE 11 apps can be sure they will continue to work as they do now.

Microsoft reminds these customers that the new Microsoft Edge can help them standardize on one browser as it allows them to seamlessly access a business-critical legacy IE 11 app in a browser tab (IE Mode). However this isn't a workaround to extend IE 11 access to Microsoft 365 apps and services, that would be silly if you are already using the new Edge browser anyway. 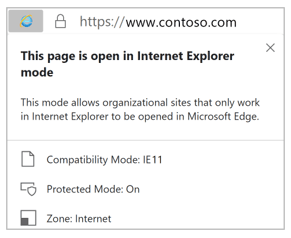 With the new Microsoft Edge already available and as many users have updated, Microsoft has decided to end support for the legacy version. From 9th March next year the Microsoft Edge Legacy desktop app will cease to receive security updates. The older Edge will be updated to the Chromium based version in OS updates starting with Windows 10, version 20H2, so most people won't have to do anything other than make sure they have auto-updates enabled. 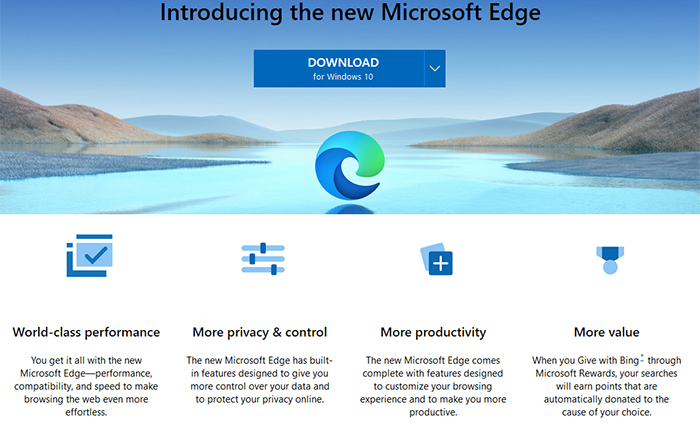 If you are still running the legacy version of Microsoft Edge and want to try the new version you can download it directly from here.

Until they find out the managers have signed contracts, with clients, telling them they'll continue to support IE for another 10 years.
Posted by Ttaskmaster - Tue 18 Aug 2020 15:30
I've never actually used Edge, but for some reason both it and IE get installed with Win10.
Are they not both internet browsers? If so, why have two of them?
Posted by simonpreston - Tue 18 Aug 2020 15:49

Ttaskmaster
Are they not both internet browsers? If so, why have two of them?

Resistance to change, mainly. Edge was supposed to the successor to IE. However, loads of business run on Internet Explorer friendly applications, that would be a right pain in the arse to rebuild, and so Windows 10 came with IE, as well as Edge, to keep businesses happy. Which meant businesses kept using IE, of course.
But it's a case of TS, now. They've had plenty of time to start reworking their applications to work well in Firefox and Chromium based browsers. IE has been a dead duck for years. Time to remove IE from Windows and Edgeium (which is the Chromium reimagining of Edge) will become the defacto web browser.
Posted by Rubarb - Tue 18 Aug 2020 16:49
As much as i hated IE , I have to say it was far far better to use on a pc than edge or chrome ever was.
I just hate the way everything is starting to look like a bloody phone app nowadays.
Posted by simonpreston - Tue 18 Aug 2020 17:03

Rubarb
As much as i hated IE , I have to say it was far far better to use on a pc than edge or chrome ever was.
I just hate the way everything is starting to look like a bloody phone app nowadays.

That's nothing to do with the browser though. You can easily make sites that look like they did back then, for Chrome, if you so wish. That's more to do with the ‘mobile first’ approach that has been gaining tractions for years, especially with frameworks such Bootstrap. Desktops have become more of a second class citizen. Easy to understand why though. if you make a website that works on a tiny screen, that expands out nicely, the larger the screen gets, it's far easier to design and maintain than one that has 2 completely different styles for mobile/tablet and desktop.