Windows 10 users have been able to update their systems with the Windows 10 May 2020 Update for about a week. Those that don't want to wait for Windows to alert them about the roll out can grab it and apply it if they wish, but this might not be the best idea if it is your primary PC, that you rely on.

Microsoft usually recommends that users wait to be prompted to apply an update, as various AI/telemetry goes on during the worldwide update roll out. Microsoft seeks to apply updates to system configurations that are very likely to be problem free first, and adapts the rollout strategy based upon feedback and issue reporting. 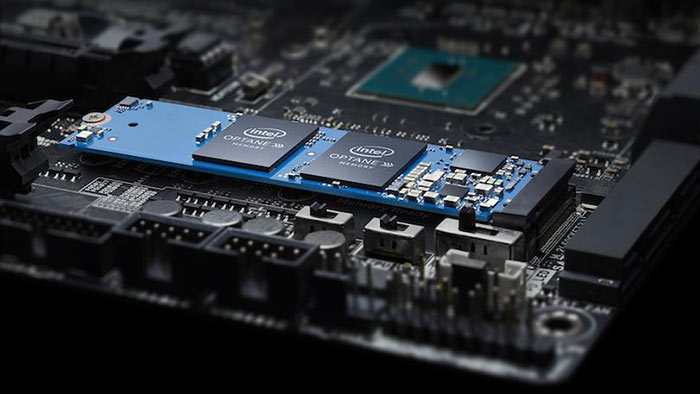 A particular issue with the Windows 10 May 2020 Update is that it appears to have problems with Intel Optane memory. I manually installed the update to by secondary PC, a Dell XPS 15 laptop, to check it out. This device doesn't have any Optane drive installed but is of a generation where such tech is supported. Since the update everything has worked fine but I have had occasional alerts complaining about Intel Optane Memory Pinning DLL loading. Some months ago I used to see a similar, if not the same alert, but it doesn't really impact any functionality in my system which has a standard M2 SSD and SATA HDD combo for storage.

Windows Latest reports that there are "compatibility issues with certain Intel Optane memory modules," which means Microsoft won't auto-initiate any update at this time, but the update can still be applied via the Media Creation Tool. It explains the resulting error message as being due to Windows 10 removing one Optane Memory Pinning file from the device - but it still tries to run it, and this leads to errors and possible performance issues on Optane hardware.

A workaround is available for this error, if users have upgraded to Windows 10 May 2020 Update they should not have to roll back or anything so drastic. Windows Latest simply suggests you select and uninstall 'Intel Optane Pinning Explorer Extensions' via Windows Programs and Features settings. Then disable Intel Octane, restart the PC, re-enable Intel Optane, and it will be detected and drivers /DLLs properly installed.

Apparently this error was noted by Windows Insiders months before the official May 2020 Update for the masses became available. The problem seems to be that the Optane Memory Pinnings files are not currently in the Windows Installer Database and Windows is trying to launch a program with .dlls that don't exist on the system.

In summary, this doesn't seem to be a system breaking issue, but if your system uses Optane memory it is surely worth waiting for Microsoft's Windows Update to prompt you to accept the update before considering applying it. When that that time comes, carefully check any new reports about Windows 10 May 2020 Update and Intel Optane.

Posted by Tabbykatze - Fri 05 Jun 2020 15:10
Jesus, how do these things fall through the cracks…
Posted by chrestomanci - Fri 05 Jun 2020 18:05
That's not the only bug. My work laptop (A Thinkpad P1) got bricked by the update and refused to boot. I then spent most of the day on long a tedious phone calls with corporate IT support while they attempted to repair the thing, and when they gave up talking me through re-installing windows. The support guy told me that several other laptops had suffered the same fate.
Posted by FRISH - Sat 06 Jun 2020 08:50
Forgot that optane was even a thing.
Posted by albert89 - Sun 07 Jun 2020 09:00
Since Win10 came out, Microsoft have been bring out buggy updates.
And guess who are their free unknowing beta testers ? You and me.
Mean while the tech have remained quiet about this.
Posted by DanceswithUnix - Sun 07 Jun 2020 09:30

Tabbykatze
Jesus, how do these things fall through the cracks…

Feels mighty strange for me of all people to be defending Microsoft, but software is software so…

Bugs are given a rating. Some bugs at the highest severity are a “blocker” because they have a chance to lose data or brick the machine, so the presence of such a bug blocks release of the product. Severity might raised if there is no escape from it, or lowered if there is a workaround.

So to turn it around, if you were MS would you hold back on your product launch because Intel had messed up when it isn't even a fatal problem to the machine, has a fairly easy low risk workaround, and you have no control over when Intel will release fixed drivers? It sounds to me like it hasn't fallen through any cracks, at least not at Microsoft, they just don't rate the bug as enough to block release just block to affected machines.

My i7 company laptop is the only machine here so far to update itself with this release, which went fine. Others are pretending they can't see an update, I would love to know why they are ignoring it.