Microsoft's CVP of Modern Life, Search & Devices, Yusuf Mehdi, has announced that Windows 10 now powers a billion active devices. Mehdi reckons the adoption numbers are so high as people "are choosing and loving Windows 10," and this continues as the customer satisfaction of Windows 10 users has been seen to grow with every new build. It must be mentioned though, that reaching a billion active devices now is somewhat behind schedule. Microsoft originally aimed to hit this magic number "in two to three years". Windows 10 launched in July 2015. 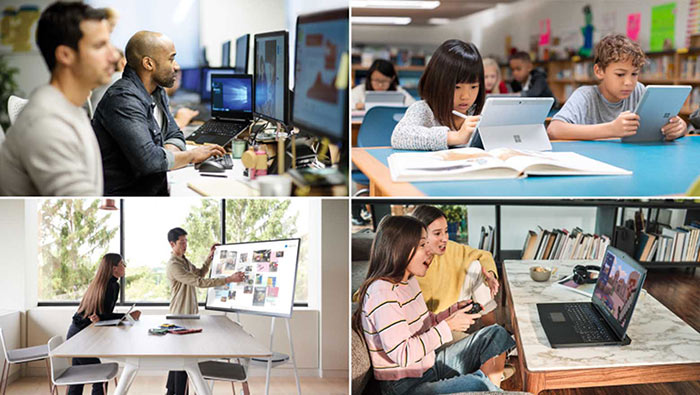 One of the big changes to the OS delivery model with Windows 10 was to change from releasing a new version every three years to releasing multiple versions per year, write Mehdi in his Windows Experience blog post. He goes on to asserts that new Windows 10 features and security updates "are now delivered faster than ever before." Furthermore, the recent decoupling of the new Chromium-based Edge browser means it can be updated outside of the OS release schedule, as required.

Interestingly, Microsoft has 17.8 million Insiders working on various test versions of its OS, which help to catch a lot of bugs and iron out wrinkles in the code before Windows 10 updates hit prime time. Mehdi also credits the Windows Accessibility team for its work on human-centred design in helping make the OS what it is today.

There are a lot of innovative new personal computers with Windows 10 available, for a multitude of niches. Later this year the likes of Windows 10, Windows IoT, Windows Server, Windows Mixed Reality and Windows 10S will be joined by Windows 10X to popularise dual-screen portable computing. 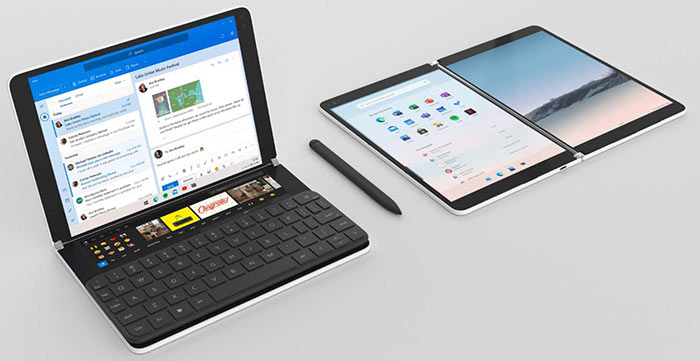 Microsoft ended Windows 7 support earlier this year and it precipitated a surge in Windows 10 upgrades. However, the latest figures show that the surge was basically a smallish wave, as the rate of change slowed back down. At the time of writing, about a quarter of Windows users are sticking with Windows 7, despite its age and impending unpatched vulnerabilities. 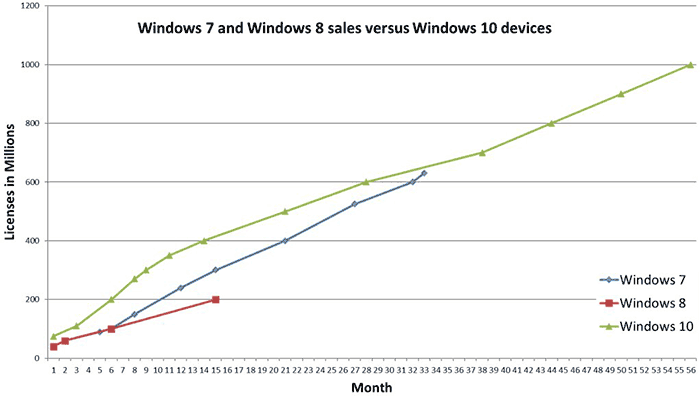 The last time we had an update in Windows 10 user numbers was back in September, when the reported active user figure was >900m. For perspective, Android is installed on approx 2.5 billion active devices.

Corky34
I could spend all day picking apart Yusuf Mehdi's blog post but i guess the people who live in a ‘modern’ life and love their operating system would tell me how satisfied they are with everything. ;)

To be fair I'm pretty satisfied with Win 10. Nothing is ever perfect and I think a lot of the people who still comment on this website are now approaching middle to late age groups and don't like all of the changes
Posted by chinf - Tue 17 Mar 2020 22:10
I had to dual boot back into Win 10 yesterday so that I could use the Windows Canon printer driver's deep head cleaning function (the Linux driver only supports the normal head cleaning function). I had already used this previously about a year ago (I rarely use Windows nowadays) but I found that Windows 10's Settings panel denied all knowledge of the printer - yet it was there on previous boots and was still listed in Device Manager. I had to faff around with re-detecting the printer (surprisingly difficult for a device directly connected via a USB port) and installing a duplicate record of it twice, as the second duplicate was needed to get the first duplicate (note - not the original device listing!) to show up.

This is not the only thing nor the first time that Windows 10 has randomly decided to break something. I'm forced to keep it around just for the odd function, yet it is singularly incapable of doing even that without something seemingly breaking each time.

3dcandy
To be fair I'm pretty satisfied with Win 10. Nothing is ever perfect and I think a lot of the people who still comment on this website are now approaching middle to late age groups and don't like all of the changes

TBH what i said was more a dig at Yusuf Mehdi's blog post than Windows 10 itself, like most Microsoft employees he seems to have drunk far to much of the Kool-Aid, i mean even the name of the department he's the CVP of reeks of self aggrandising doo-doo, ‘Modern Life’, Search & Devices, seriously, since when has the life we're all living not been modern, and what's with calling hardware ‘Devices’, yes i know they're devices but they're only calling them that in an attempt to sound trendy.

It's not just him BTW it's most PR stuff that comes out from Microsoft, i mean seriously do they actually believe that people "are choosing and loving Windows 10", since when have people fallen in love with Operating Systems, and people are ‘choosing’ it because Microsoft haven't given them a choice, if you want, or need, to run Win32 binaries and still receive security patches there's only one OS.