The previously delayed Windows 10 April 2018 Update, has arrived, just in the nick of time. With just 30 days in April, any later and it would have been May. This feature update to Windows 10 was originally scheduled for the first Tuesday in April but got pulled because of a BSOD bug, and it was only last week that we discovered that it would be dubbed the April 2018 Update. 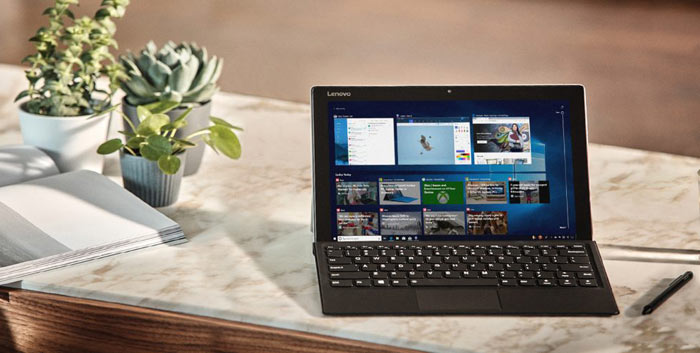 Microsoft has penned a Windows Blog post to coincide with the release, and to sketch out the most interesting and useful new features that it will deliver to users. There are four official highlights, each with its own YouTube video too, which are; Timeline, Focus Assist, new features for Microsoft Edge, and Dictation via Cortana.

Timeline adds 30 days of rollback capability to your PC .It also works cross platform so you can pick up documents you started or edited on mobile using Microsoft Edge or Office 365 on your iOS or Android device.

Focus Assistant is designed as a tool in the war against distractions. It seeks to stem the flow of social media updates, notifications and similar – so they don’t get in the way of your working time. Focus Assistant can be toggled in the action centre, or scheduled in display settings, and at the end of the Focus period you will receive a summary of notifications, emails or updates when you were in Focus.

Microsoft Edge gets updated with the following features;

Dictation is the last headlining addition to the Windows 10 April 2018 Update. Microsoft has been using natural language processing to accomplish tasks without typing via Cortana. Now it is going to leverage this language skill for a very practical and useful task – dictation. It says that within any Windows 10 program or app you will be able to “simply press Win+H and start talking”. It is claimed to be quick and accurate and great for keeping notes, for example.

You can download the April 2018 Update starting today (but not at the time of writing). If you prefer to leave it up to Windows Update to grab and install this feature update that won’t happen until 8th May or later.

Posted by Friesiansam - Mon 30 Apr 2018 11:06
Don't think I am going to rush in here. Hopefully by the 8th May any remaining issues will have surfaced and either have been remedied or, the rollout delayed again.
Posted by Rubarb - Mon 30 Apr 2018 11:45
Yet more bloat I'm never going to use :S
Posted by excalibur1814 - Mon 30 Apr 2018 13:47
Glad that they're re-packaging existing features and pushing them forward. For everyone else there might soon be a ‘lean’ Windows 10 to stop the moaning.
Posted by julian98 - Mon 30 Apr 2018 14:22
dont use edge or cortana, focus assistant doesnt seem that helpful
Posted by stevie lee - Mon 30 Apr 2018 23:25
took 4 hours to get to 22% downloaded using the update tool.
think ill wait a few days before trying again. servers appear to be getting used a lot.

got 6 computers need to update, 2 of which still need the ryzen spectre bios updates. going to be a fun few weeks for me :)