Gaming components and peripherals specialist HyperX has released a new mouse to join its Pulsefire series. The headlining attraction of the HyperX Pulsefire Haste is its weight, it is described as an "ultra-lightweight gaming mouse," and at just 59g it is hard to argue with that. Of course HyperX has not neglected the supporting specs such as buttons, sensor, and construction, and it even has RGB LED lighting on board. 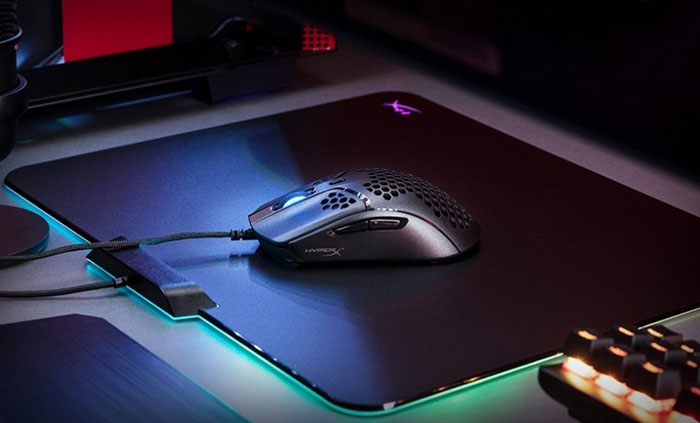 The HyperX Pulsefire Haste gaming mouse features a symmetrical looking traditional mosue design but it isn't really ambidextrous as it only has thumb buttons on the left. As mentioned above, the standout feature comes from the honeycomb shell which contributes not only to the light weight but also offers some visual appeal. It offers RGB LED lighting but it looks limited to the mouse wheel zone. Underneath the mouse has "low-friction, pure virgin-grade PTFE skates," and you attach the mouse to your PC using the light, flexible, and low resistance HyperFlex USB cable.

Inside this gaming mouse you will find a Pixart 3335 sensor for accurate tracking and native DPI settings up to 16,000 DPI. Four pre-set DPI settings are available to toggle though; 400, 800, 1,600, and 3,200 DPI. The main buttons are TTC Golden Micro Dustproof switches with 60M click durability and there are six programmable buttons in total. Mouse DPI, RGB, and button macros/configuration choices can be adjusted using the HyperX Ngenuity software and they can be saved onboard the mouse. 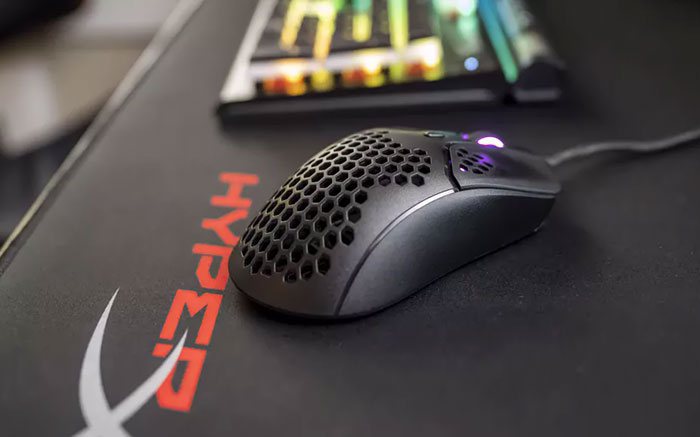 In an email to HEXUS HyperX said that the HyperX Pulsefire Haste will be available in the EMEA for £49.99 / €59.99 MSRP through its Online Shop. At the time of writing the product page doesn't seem to be live and I have asked for more photos, so expect some updates to this story.