HTC has a new PC HMD on the way in the shape of the Vive Cosmos. Details are quite thin on the ground right now. HTC must be just teasing us intending to go forward with a proper launch at a later event. 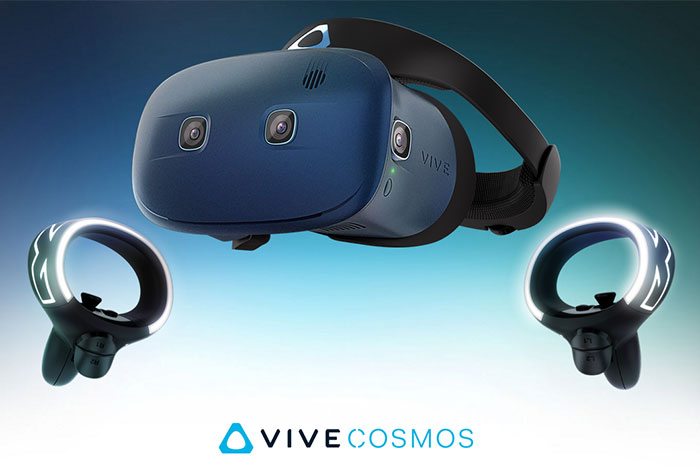 The Vive Cosmos is described as a "new premium PC VR system, and a vision of the virtual future". Users will enjoy "striking graphics, lifelike sound, and immersive experience," says HTC, which adds that the new Vive inside-out tracking system is one of the key attractions for this next gen HMD for PCs (no external base stations required).

In a Tweet, HTC added that the new Vive Cosmos will be extremely comfortable and require minimal setup time. Though it is designed for PCs, in the video teaser you see a smartphone in use for some purpose. In its press release, HTC provides further hints that the HMD has "the capability to be powered by more than a traditional gaming PC". 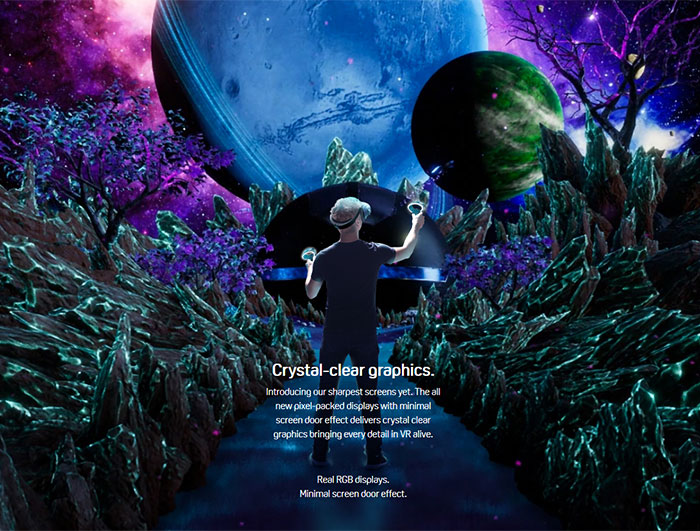 We don't know if the Vive Cosmos will ship ready for untethered use or it will reply on the "ever-increasing suite of modular customizations," mentioned in an email to HEXUS, for such functionality. We don't have pricing indications but reckon the Vive Cosmos will sit somewhere beneath the updated Vive Pro when it comes out.

In a report by RoadtoVR it is claimed that HTC confirmed Vive Cosmos Will Support OpenVR/SteamVR. However, it is noted that the Cosmos is designed to run the Vive Reality System out of the box, instead of SteamVR.

Pro VR users are being targeted with the release of the new HTC Vive Pro Eye. This takes the Vive Pro and, as the name might suggest, adds eye tracking to your VR experience. HTC explains that the eye tracking takes place via LED sensors located around the lenses inside the HMD. 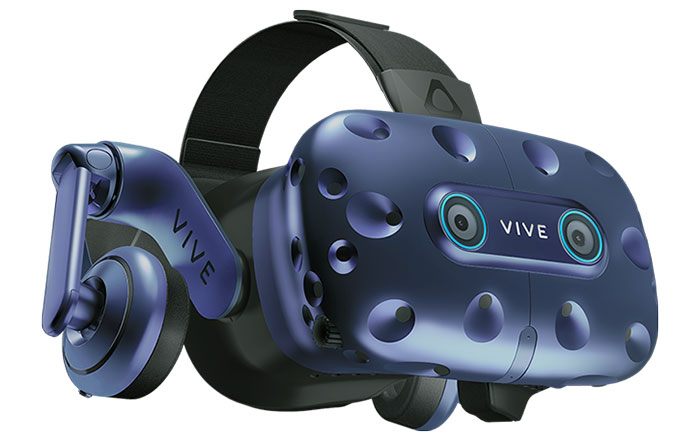 The eye tracking hardware enables new experiences and thus "your eyes are transformed into an intuitive controller and intention communicator, and the results are quickened reaction for games, insightful data collection and much more". HTC adds that users no longer have to point with the controllers, making manoeuvres faster and more intuitive. Last but not least the eye tracking helps allocate GPU time to where your eyes are focussed for sharper images where needed, and conserving GPU power where not.

Inside out tracking looks to use some kind of lenses, perhaps reading thingumies that you stick around the room instead of powered lighthouses… which sounds very cool anyway, but (if they actually are lenses) could also be used for a bit of AR as well as VR.
Definitely like the eye tracking though, especially if the resolution is higher and they don't use fresnel lenses - They work great when looking forward with properly centred lenses, but in things like Elite all your text screens in the periphery are blurry as heck.
Posted by Salazaar - Tue 08 Jan 2019 16:07

Ttaskmaster
Inside out tracking looks to use some kind of lenses, perhaps reading thingumies that you stick around the room instead of powered lighthouses… which sounds very cool anyway, but (if they actually are lenses) could also be used for a bit of AR as well as VR.

I thought the whole point of inside-out tracking is that it simply looks for fixed points in the room around you (corners of desks, etc.) rather than having to stick any ‘thingummies’ anywhere…

It's pretty much the way AR works on phones, but hopefully even better thanks to twin cameras and dedicated hardware.
Posted by Spud1 - Tue 08 Jan 2019 18:02
Very, very interesting. It looks like they have taken all the best bits of the current Vive and Rift headsets and combined them to one…and if their claims are true, this could be really nice hardware
Whilst the current Vive is an OK product its very uncomfortable in comparison to the rift, it's “wand” controllers are silly compared to the rift's, and it's sensor system is again, just not as good as the rifts.

Conversely, Oculus seem to have given up on the PC market for the moment, so we've not seen any advancements since Oculus touch..2 years ago.

A revamped Vive with this new tracking system, controllers that look like carbon copies of Oculus Touch, higher resolution displays and hopefully finally a comfortable headset would have me throwing money at them :)

I still use my Rift every few weeks depending on the sort of game I want to play (its the *only* way to play a Racing or Flight Sim game these days, and my favourite way to play Skyrim) and I don't think VR is at all dead. Exciting.
Posted by Ttaskmaster - Wed 09 Jan 2019 13:01

Salazaar
I thought the whole point of inside-out tracking is that it simply looks for fixed points in the room around you (corners of desks, etc.) rather than having to stick any ‘thingummies’ anywhere…

:shrug:
Merely a guess on my part… but either way is good, if it means they are lenses. You could then flip views and see outside the headset in 3D, which will always be more useful than that little PinP they had on the controller.