Razer had a presence at the recent BlizzCon show in California. The gaming lifestyle firm timed a couple of new gaming peripheral launches to tie in with the plethora of eSports activities and gaming announcements at the annual event. A new gaming mouse and gaming keypad were launched by Razer, said to be ideal for players of MOBA and MMO games such as the Heroes of the Storm and Warcraft series. 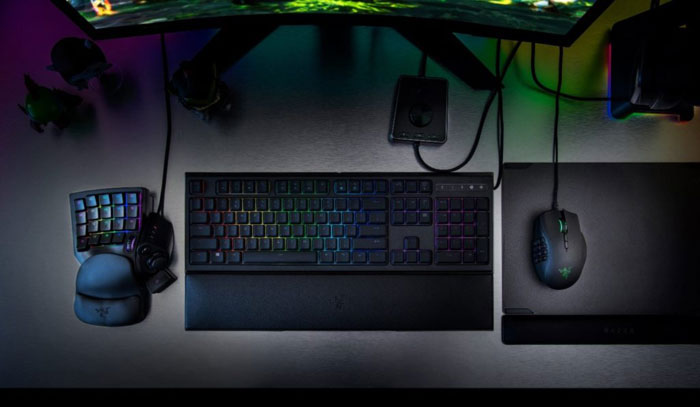 This is the ninth refinement of the Naga mouse family. Three interchangeable side plates are a major attraction, and provide ample customisation options for users of this mouse, as follows:

This is an ergonomic gaming keypad which has 32 fully programmable keys (seven more keys than its predecessor). It features Razer’s Mecha-Membrane key technology that offers “both a soft, cushioned touch and a crisp, tactile click with each keystroke”.

Alongside the keypad resides a programmable 8-way directional thumbpad & scrollwheel. A hypershift mode expands the commands available to users by combining the directional and scroll wheel as modifiers for the keys. Razer suggests these commands could be used for shortcuts in Windows, macros and more.

I actually have a Nostromo myself and a friend has the Tart V1. I can't remember when either of us last used them, but they really only worked when sat on a sofa and gaming on a laptop/NetBook.