OLED display research, development, manufacturing, and sales company JOLED has stated that it hopes to begin mass production of such displays in 2020. The Japanese firm opened a pilot line back in 2016 and now has funding, plans and plant in place for the production of 220,000 units of per month starting next year. Display panels produced will be between 10- and 32-inches in diagonal.

The world's first printed OLED display mass-production lines are being built now at the recently established (1st April) JOLED Chiba site. Development of this facility, which is approx 34,000m2, has gained JPY25.5 billion in backing from the likes of Sony, INCJ, and Nissha. 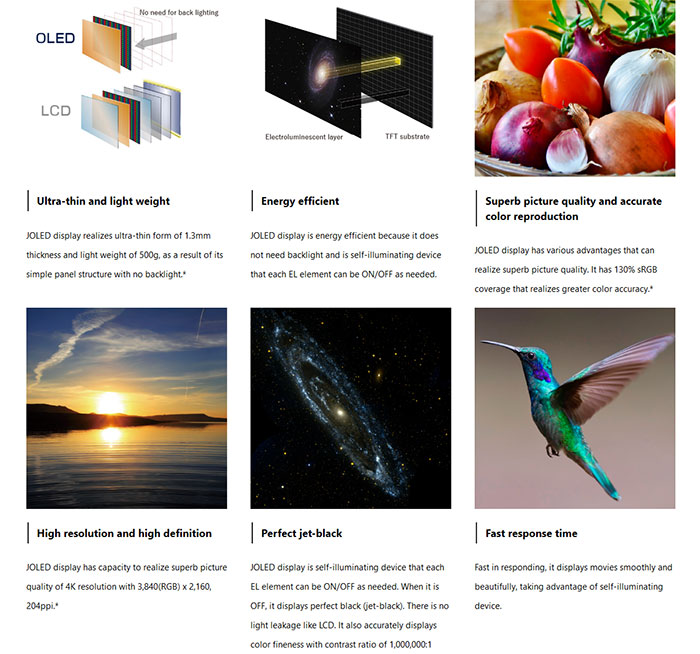 Further details of the operations are provided as follows: 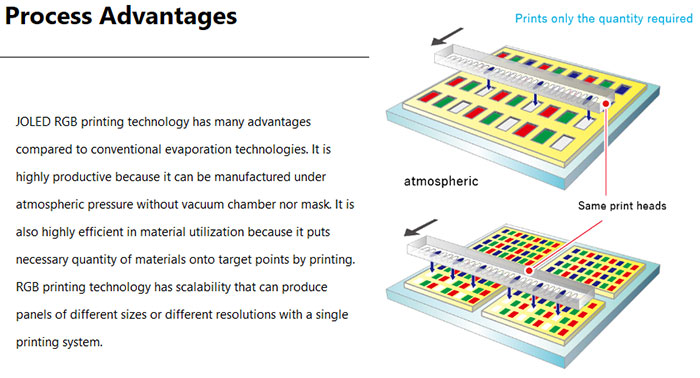 JOLED says that its customers intend to use the 10- and 32-inch OLED displays it produces in products ranging from in-car displays to high-end computer monitors. In collaboration with Nissha some of the OLED displays will be developed for touch input.

One hopes that the above news will mean more widespread availability of PC monitors and laptops featuring OLED displays next year, with the growth in adoption similar to that seen in the smartphone market recently.