It looks like Asus is preparing to update its range of Strix G15 gaming laptops with an all-AMD option. Twitter's Tum Apisak has uncovered a CPU-Z validation page for such a beast and it appears to feature the twin charms of the AMD Ryzen 9 5900HX (a 'Cezanne' APU with onboard Vega graphics) and an AMD Radeon RX 6800M GPU with 12GB of GDDR6 VRAM.

The yet to be released Asus ROG Strix G15 comes with a model number of G513QY. Previous G513 models have also used Ryzen 'Cezanne' processors, including this flagship model, but have come packing Nvidia GeForce RTX 30 graphics processors.

AMD's Ryzen 9 5900HX provides an impressive foundation for a gaming laptop's performance. This 8C/16T chip runs at base/boost of 3.3/4.6GHz. Made by TSMC on the 7nm process, the configurable TDP ranges from 35 to 54W and supports overclocking. 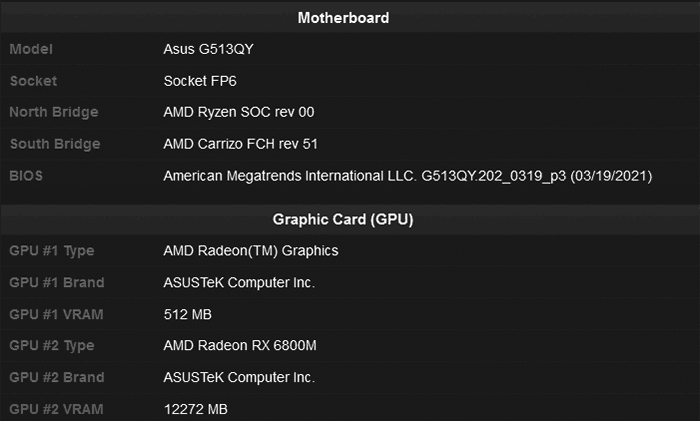 AMD's Radeon RX 6800M is not yet an official part, but you don't need to have attended the Sherlock Holmes academy of deduction to conclude that this is a mobile version of the Radeon RX 6800. Specs are unknown at this point, and this mobile GPU might have very much in common with the desktop part (taking a leaf from Nvidia's play book) so it is best not to assume much. The CPU-Z listing does make it clear that the Radeon RX 6800M having up to 12GB of GDDR6 memory, though, which is 4GB less than the desktop namesake.

With AMD CPU and discrete GPU in play, there should be some synergy benefits, not least AMD's SmartShift technology which is used to dynamically adjust power-sharing between the CPU and GPU. Applying this tech can boost system performance by up to 14 per cent, according to AMD's test figures. We first saw this tech at play in Dell's G5 15 SE, which of course was a special edition in that it features both an AMD CPU and discrete GPU (Ryzen 4000 series mobile CPU and Radeon RX 5600M). 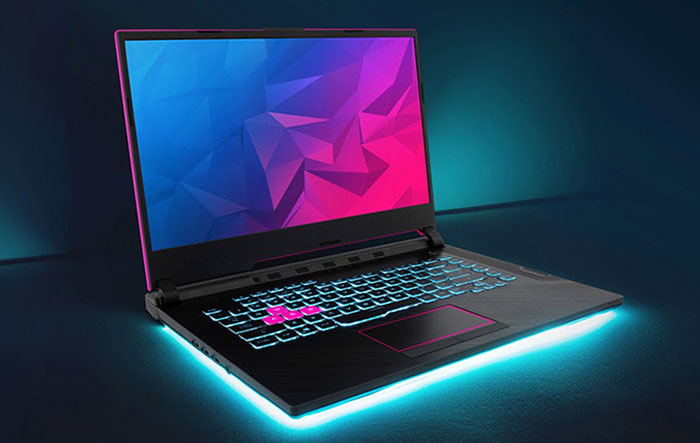 NotebookCheck expects the upcoming Radeon RX 6800M GPU to draw between 100 – 145W and "trade blows with the desktop Radeon RX 6700 XT and Nvidia GeForce RTX 2080 Ti". There should be other RDNA 2 mobile GPUs on the way to join the Radeon RX 6800M to provide a set of offerings running in parallel to the desktop parts.