HP has been updating its Omen 15 gaming laptop for at least half a decade, and it looks like we are on the verge of another update for 2020. A version of the Omen 15 has been spotted on the HP UK website which is now equipped with the latest tech including an AMD Ryzen 7 4800H CPU and Nvidia GeForce RTX 2060 GPU. These core performance components in addition to the Omen 15's Tempest Cooling system, sleek looks, long battery life and B&O audio make it "THE gaming laptop," according to HP's blurb. 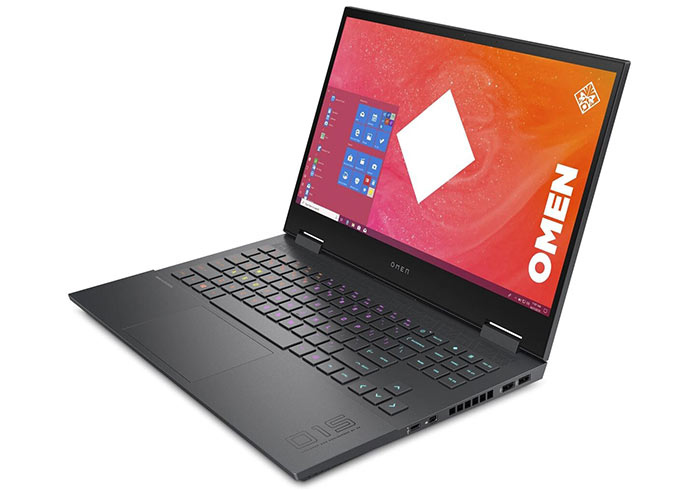 You can see the details specs for yourself if you head on over to the Google web cache snapshot of the product page (via VideoCardz and Reddit), as the original was taken down. The particular HP Omen 15 model listed (Omen 15-en0008na) has the following key features:

Compared with last year's model the 2020 HP Omen 15 design is quite a departure, as you can see in the comparative image below.

Another feature worth mentioning is the new Omen Tempest Cooling technology. This cooler utilises triple side venting and five way airflow to minimise/prevent any throttling of the performance components within. 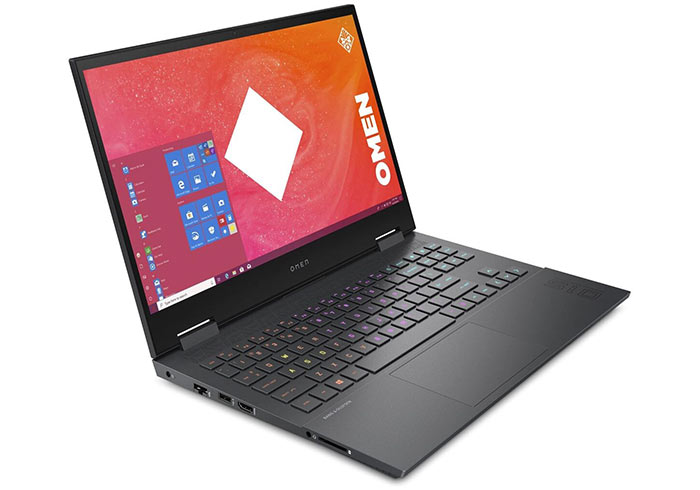 It is possible that there are several versions of the HP Omen 15 200 and further build-to-order options to choose but we can't say for certain until it leaks further or is officially released. The particular version and spec detailed above was listed priced at £1,199.99 inc UK VAT.

Posted by Gentle Viking - Wed 29 Apr 2020 14:37
Nice.
But i want something lesser, and cheaper, but i would like to have one of the new CPU/APU inside, though there are fair deals on U3500 or whatever they are called machines.
Posted by Spud1 - Wed 29 Apr 2020 14:48
Looks like they are trying to copy the Dell XPS looks, but at a lower price and a reasonable dGPU.

Won't convince me, HP's consumer arm is shocking and has been for many years now - no better than Acer/Asus or similar and I believe they really trade on their name. They make some brilliant off-the-shelf rackmount kit & enterprise hardware but despite their marketing, they still dont “typically” make good quality consumer kit. Should have left that to Compaq ;)

Still, if they have managed to resolve their endless issues with drivers and in particular, case flex, then who knows they could one day compete in this space.
Posted by philehidiot - Wed 29 Apr 2020 15:38

Gentle Viking;1338941
Nice.
But i want something lesser, and cheaper, but i would like to have one of the new CPU/APU inside, though there are fair deals on U3500 or whatever they are called machines.

Twelve or so years ago, I paid £1200 for a similar tier of mobile gaming laptop. I'd say that you can get this for £1200 is pretty miraculous.

Patience - the expensive products will come out first and then they'll start bringing out the cheaper ones. Hopefully.
Posted by cptwhite_uk - Wed 29 Apr 2020 15:40
Not a bad looking laptop, definitely interesting for the price. Let's just hope the screen and speakers aren't sacrificed to get to price down.
Posted by KultiVator - Wed 29 Apr 2020 17:00

cptwhite_uk
Not a bad looking laptop, definitely interesting for the price. Let's just hope the screen and speakers aren't sacrificed to get to price down.

Nice looking laptop and spec - but do wonder if HP have solved their long-running shonky hinge issues, which have run for years and affects even their recent Spectre x360 range.