The new AMD Ryzen 3000 Series mobile processors are the pick of the bunch and will provide "best-in-class performance," in both ultrathin and gaming laptops, reckons AMD. These 12nm chips pack up to 4C/8T, boosting as fast as 4.0GHz, accompanied by Vega graphics with up to 10 cores boosting up to 1.4GHz. Most are 15W parts but a couple of top performers are 35W. 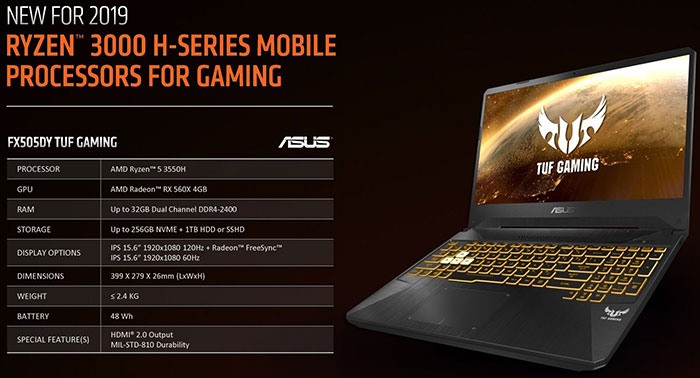 AMD provides some 'real world' figures for its top 15W processor, the AMD Ryzen 7 3700U. In testing AMD says it "can edit media up to 29 per cent faster than the Intel Core i7-8550U." Meanwhile, these new Ryzen 3000 Series APUs, can provide up to 10 hours of battery life, and include features that enable wake on voice, modern standby, smooth PC gaming, and 4K HDR Streaming. More specs and test comparison data is included in the press release's footnotes.

AMD says that the first laptops featuring the above processors will be available very soon. In subsequent months of 2019 we will see even more examples, from the likes of Acer, Asus, Dell, HP, Huawei, Lenovo, and Samsung.

Previously there have been user complaints about the rate of updates of graphics drivers for AMD mobile processors. Starting this quarter, AMD plans to provide regular/frequent Radeon Software Adrenalin updates for all Ryzen Processors with Radeon Vega graphics via AMD.com - game ready drivers etc. 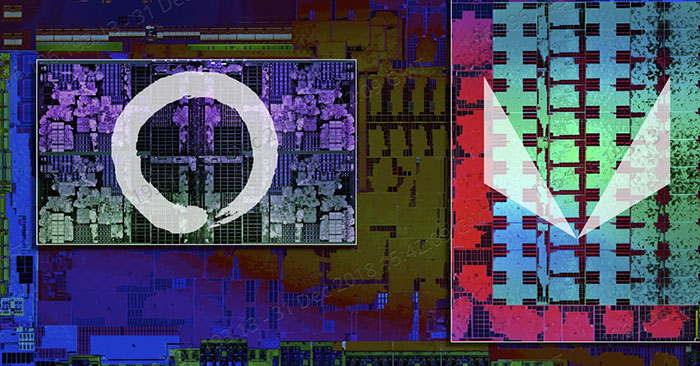 There is more to come from AMD at the CES 2019. Remember, the big announcements will be made in a keynote address from Dr Lisa Su, scheduled for Wednesday, January 9 at 9:00am PST.

sykobee
Heh, what's with the last generation APUs AMD? Those look like 28nm Stoney Ridge processors (Excavator) to me. Still, maybe AMD can sell them for $30 for these low end devices.

APUs have generally lagged a generation behind, it's 12nm. Not sure why they went 12nm instead of 7nm, maybe they are wanting to do an IF APU but it isn't ready yet.

But these are great for budget based system builders and if they have a mobile version, they will be nice cheap general purpose boxes with some gaming capabilities.
Posted by Kumagoro - Mon 07 Jan 2019 11:43
It would appear that Excavator is now the Atom equivalent. Die size wise how would Zen and Excavator compare at the same process size, anyone know? A pity they are just re-rolling 28nm chips, it would have been interesting to see if they could improve the design.
Posted by lumireleon - Mon 07 Jan 2019 12:19

Kumagoro
It would appear that Excavator is now the Atom equivalent. Die size wise how would Zen and Excavator compare at the same process size, anyone know? A pity they are just re-rolling 28nm chips, it would have been interesting to see if they could improve the design.

….its 6 watts which is pretty amazing for 28nm tech also consider the graphics performance. Question: would you pick those or a celeron?
Posted by afiretruck - Mon 07 Jan 2019 12:36

lumireleon
….its 6 watts which is pretty amazing for 28nm tech also consider the graphics performance. Question: would you pick those or a celeron?

Definitely Excavator for a low-power laptop. The individual cores are much more capable than low-power celerons/atom cores and in this scenario I'm rarely doing heavy multitasking so more celeron/atom cores are useless to me.

Edit: For some background, I had the choice between a dual core AMD A6 something and a quad core atom for my laptop 6 months ago and went with the A6 for the above reasons + better graphics performance.