The GPD Pocket Mini 7 hit retail this summer and caused rather a stir among the HEXUS readership. Now GPD is readying another pint sized device and has released pictures, specs, and even benchmarks over on Baidu, the Chinese social media site. The GPD Win 2 is the follow up to last year’s GPD Win and is a handheld gaming PC, with the updated version delivering very meaningful improvements across the board. 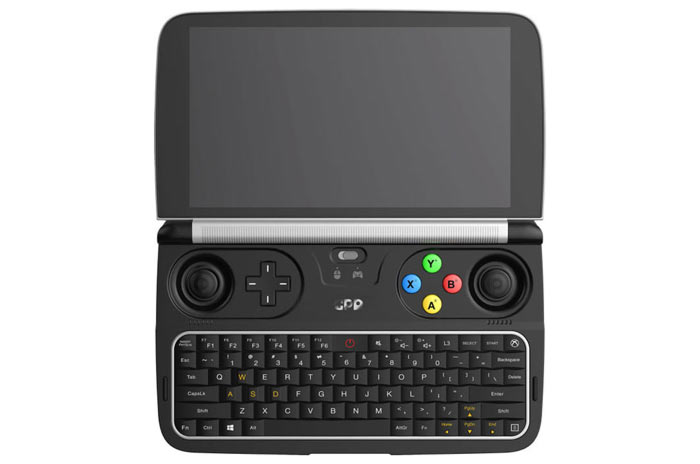 The GPD Win 2 features a more appealing design, a bigger screen, a more powerful processor with faster integrated graphics, double the RAM, and faster and more capacious storage than the original version.

As well as the above you can see in the photos these new GPD Win 2 machines come with plenty of input method and game control options and include ALPS D-Pads, Omron switched triggers, and more. Furthermore, you have plenty of ports to connect expansions, peripherals, displays, and extra storage.

Take a look over the system benchmark scores, above, comparing the new and old GPD Win machines. The new v2 model (blue bars) delivers significant uplifts in all the metrics shown; CPU processing power, GPU processing power, storage speeds, and microSD storage speeds. To see how this impacts on game performance check out the chart below. According to GPD’s own testing many title run with much faster frame rates. For example Overwatch is boosted from approx 26fps to approx 84fps, and GTA V frame rates are doubled to just under 40fps. 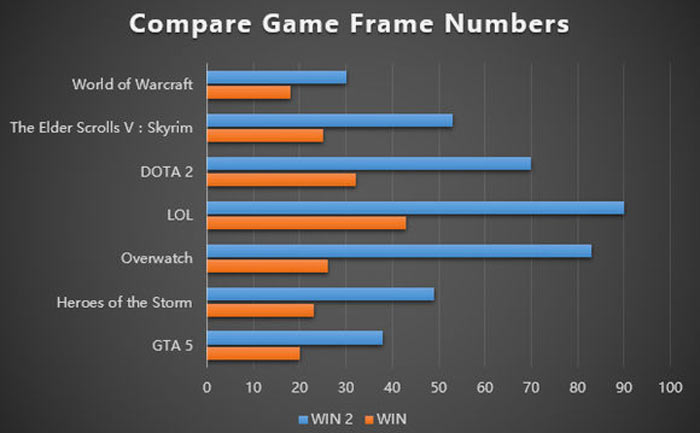 Liliputing reports that the GPD Win 2 will be featured in an IndieGogo campaign in January, with devices expected to start shipping from April. The original Atom-powered model launched at $340, but with the upgrades here, such as the much more expensive processor, expect a price hike for v2.

Posted by Wozza63 - Mon 18 Dec 2017 11:24
Really impressive performance, but still would have preferred some kind of low end ryzen apu or even a 150MX
Posted by Troopa - Mon 18 Dec 2017 11:46
wouldn't the power usage be too high with ryzen?
Posted by Xlucine - Mon 18 Dec 2017 11:55
It's got a 4.5 W CPU - ryzen has a way to go before it'll fit in that chassis, and any dedicated GPU is out. Could work with a mobile phone SoC running windows, but those are the only real competition at this TDP
Posted by philehidiot - Mon 18 Dec 2017 12:20
I think there are two issues with AMD chips here - firstly they're unproven and have some compatibility issues which would likely mean extended R&D to flush these out. Then you have the high TDP which means they're just not suited to something this small. Intel may be more expensive but it's a more mature platform, the bugs and nuances are better known. Counter to this, use of the Intel chip rather than AMD will mean that you won't be able to fry an egg on it which does mean losing a potential feature.

I think the issue with a mobile SoC is that you'll be limited to either emulating or games that are compiled for ARM. Isn't the idea here that the whole thing is x86 games compatible on the move? Frankly if you want to play mobile phone games, just use your phone and a portable charger.
Posted by 3s-gtech - Mon 18 Dec 2017 12:53
As AMD have an ARM license, and Windows 10 will run in semi-emulation on upcoming hardware, that may be the route they go down (with AMD graphics). AMDs x86 chips in this power envelope topped out with A10 Micro-6700T Mullins I think, which is a long way behind this. Don't think they have anything else close in this power envelope.